Due to COVID-19, film festivals around the world have had to postpone or cancel events. Then, in April, Tribeca and YouTube announced they were teaming up for a 10-day online festival called We Are One and working together with other festivals to create a digital film festival.

The festival will stream a selection of films online on YouTube for FREE from May 29th to June 07th. There will be 31 features and 72 shorts over 10 days, the titles have been co-curated by over 20 film festivals from across the world, including Annecy, Cannes, London, Venice, Sundance, Berlin, Locarno, Toronto and Tokyo. Viewers can also enjoy virtual talks with directors.

END_OF_DOCUMENT_TOKEN_TO_BE_REPLACED

Japanese Film Festival Ireland gears up for its latest run. It all starts on April 6th and last until the 20th with screenings of a selection of films at venues in Dublin, Galway, Tipperary, Limerick, Cork, Sligo, Waterford and Dundalk.

There are many highlights, many of which have set screens ablaze at the likes of Japan Cuts 2018, three of the biggest titles to get a release in 2019 from Third Windows Films and the latest anime to be licensed Anime Limited. There is also a slew of indie films, only a couple of which have been screened at something like the Japan Foundation Touring Film Programme 2019.

As is always the case, whether new or old, whether confirmed for a home format release or not, seeing these films on the big screen and sharing it with others is an exciting proposition and I hope you can find something that sparks your imagination.

END_OF_DOCUMENT_TOKEN_TO_BE_REPLACED 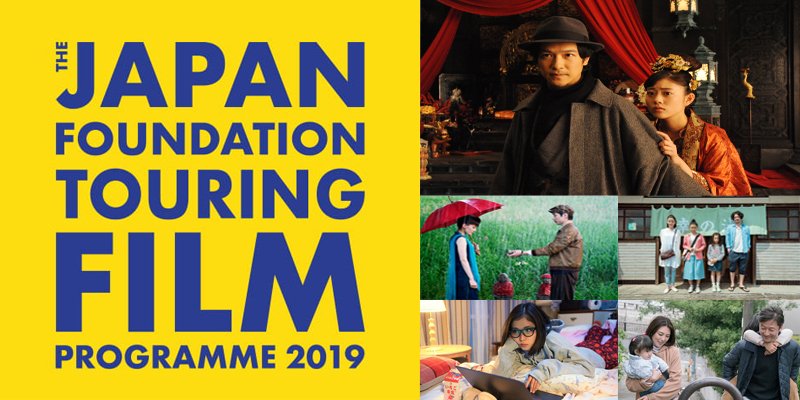 END_OF_DOCUMENT_TOKEN_TO_BE_REPLACED

This is the year when I try and give a little boost to smaller film festivals and the Japannual Japanese Film Festival in Vienna deserves one. The Austrian-Japanese Society is trying to bring some great films to the nation’s capital.

This could turn into a laborious cut-and-paste job from previous festival’s I’ve covered because I have information on all but four films but I’ll spare you by giving the highlights.

The program has a mix of classic titles restored to new and shiny life, to contemporary films still being talked about in film groups. Some of these have been on the festival circuit for a while there are others that pop up rarely. There are indies that need a push and anime that are too good to miss. I’m going to highlight independent cinema and hard to see classics as well as an anime that is guaranteed to put a smile on everyone’s face.

END_OF_DOCUMENT_TOKEN_TO_BE_REPLACED

Here’s a brand new festival for North America that is totally dedicated to Japanese films. It’s called the BATSU FILM FESTIVAL and it runs from August 03rd to 05th at the Alamo Drafthouse in Denver Colorado. It’s aim is to go beyond the films of familiar names that tend to make the rounds on the festival circuit and get releases and expose the hidden talents in the Japanese film industry. With this mission, the festival programmer has dived into indie films as well as commercial features that weren’t given a wide distribution or shown outside of the bigger festivals to bring audiences in Denver a great selection of films all in one weekend in August.

There are many highlights amongst the 12 features and 4 shorts that have been selected and I have trailers for them all and links to reviews. I have watched (and reviewed) some but haven’t published any info yet so check out the notes above the trailers for some thoughts. As always, click on the titles to be taken to the festival page to see more info:

END_OF_DOCUMENT_TOKEN_TO_BE_REPLACED

The Udine Far East Film Festival plays from April 20th to the 28th and it is the 20th year it has been in operation. There are over 80 films programmed with a strong contingent from Japan. Also at the festival are many films from across the rest of Asia, some of which got there world premieres at the Osaka Asian Film Festival last month – No. 1 Chung Ying Street. More interestingly, there’s a celebration of Brigitte Lin so that means screenings of Chungking Express and Dragon Inn!!!!

This is a film blog dedicated to Japanese cinema so I’m covering the Japanese films now but I will endeavour to get reviews for as many of these titles as possible!

What are the Japanese films programmed for the festival?

END_OF_DOCUMENT_TOKEN_TO_BE_REPLACED

I hope everyone is well! I have just got back from meeting a friend at a coffee shop and I’m excited about the prospect of having time off work to watch films and eat good food with family over the Christmas period. This week, I posted about the films Being Good (2015), which was directed by Mipo O, and The Long Excuse (2016), the latest from super-talented director Miwa Nishikawa. These two women are at the top of my best directors list.

END_OF_DOCUMENT_TOKEN_TO_BE_REPLACED

The 30th Tokyo International Film Festival (TIFF) runs from October 25th – November 03rd in Roppongi and it’s the best event to see films with English subtitles in Japan at this time of the year since nearly all will have them and there will also be English interpretation at Q&A sessions with filmmakers. Another great thing about the festival is that it nearly all takes place in one location which means that getting to venues is easy.

There are a heck of a lot of films programmed and just as many events and it looks as if there are over 300 things for people to attend. Tickets are sold-out or selling-out fast but I wanted to cover this because it has an exciting line-up and Japanese indie cinema and the shorts looks strong. Heck, Japanese cinema in general looks to be in rude health.

There is a lot to get through and it will be difficult for anyone not using a computer with a decent internet connection to view this (apologies) but I wanted to do this in one post because it is impressive. Accuse me of maximalism if you want but I hope people find something to enjoy thanks to reading this. Click on a title to be taken to the festival page. Here’s what’s on offer.