Hello once again dear audience. The final part of my anime heroines’ thread takes in the most modern of anime and the most modern of anime girls I watched in the years 2007-11 where a wealth of anime opened up online. Undoubtedly animation has become slicker and the stories are just as, if not even more entertaining than ever before but have the female characters improved?

I haven’t and won’t watch every anime out there, there’s far too much but I have watched a lot. Show’s like Monster and Le Chevalier D’Eon feature a cast of characters rich in depth and style, but most of them tend to be male. When I think back to 2010 with anime like Sora no Woto, Occult Academy and Durarara!!, the female characters ultimately turned out to be rather flat, adhering to one type or another, tsundere, moe etc. So who are the anime heroines that have impressed me? 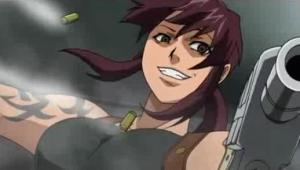 The anime I watched that got me back into the medium after a long break. When I watched the second episode of Black Lagoon online I fell in love immediately due to its ballsy combination of extreme action, over the top set pieces and a distinctive cast of characters. The lead character may be a Japanese salary-man/fish out of water named Rokuro but chinese-American gunslinger Revy muscles him out of the spotlight with her sheer bravado and ruthlessness. 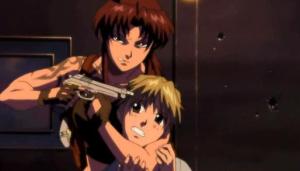 END_OF_DOCUMENT_TOKEN_TO_BE_REPLACED

I hate moe. So if, say last month, you told me that I would be enjoying anime involving moe and maids, I probably would have punched you for insinuating that I enjoy all manner of near-pervy images that moe and maids conjure up in a Google search.

Yet here I am about to sing the praises of:

Soredemo is a gorgeously animated, adventurous slice of life anime replete with relentless upbeat humour and a lead character and supporting cast I really liked.