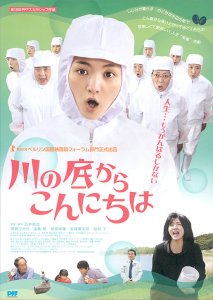 Sawako (Hikari Mitsushima) has lived in Tokyo for five years, is working her fifth office job, and is dating her fifth boyfriend, who is also her boss at the office. Her life with Kenichi (Masashi Endo), her boyfriend, and his daughter from a previous marriage, Kayoko (Kira Aihara), feels like a “compromise,” and she endures each day feeling distressed about her career and love life.

One day, she receives word that her father, Tadao (Kotaro Shiga), who runs a freshwater clam processing business in her hometown, has fallen ill. There is a reason why Sawako would rather not go back home so easily, but she reluctantly decides to return at Kenichi’s insistence. But Kenichi, who had actually quit his job shortly before Sawako, uses this opportunity to come along with Sawako to her hometown with his daughter in tow.

Thus Sawako’s ordeals continue. Still, she takes over her father’s clam processing company and begins to work there, though she slowly starts to take charge of the situation and form a new life for herself 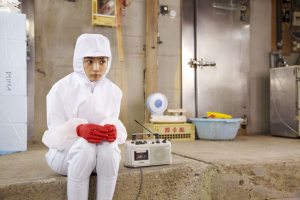 END_OF_DOCUMENT_TOKEN_TO_BE_REPLACED

You will find me repeating myself in this review. It’s because I love this film. Sorry A Prophet, I’ve been wooed away by something so imaginative and intelligent, which treats its audience like adults with brains. If you haven’t seen it, do so before reading anything about it. Even this review. You are excused.

The film begins on a beach. Amidst the crashing waves of the surf lies an unconscious thief or ‘extractor’ named Cobb (Leonardo DiCaprio). He is taken to an aged Japanese man who recognises him from his past. So begins a labyrinthine and elegantly unfolding plot that is a cross between Oceans 11 and Memento. It is an intellectual heist movie crossed with the most exciting of James Bond set-pieces.