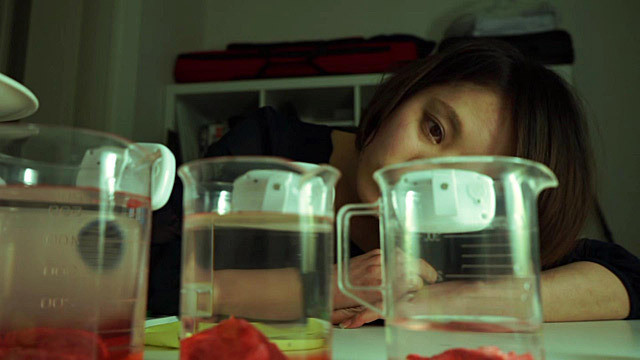 This week I posted a review for the release of The Whispering Star (2016) as well as info on its UK release thanks to Third Window Films, updated my post about Japanese films at the Cannes Film Festival with info on the Mamoru Hosoda anima, Mirai no Mirai which is the first anime to open in the Directors’ Fortnight section, and also about the Spring Explorers free film screenings.

This is based on a manga series by Hiroya Oku, the guy who created the super-disturbing horror sci-fi Gantz. Inuyashiki was turned into an anime that turned out to be pretty good. The live-action version looks like it should be fun. Takeru Satoh (Rurouni Kenshin and Rurouni Kenshin: Kyoto Inferno) stars as the bad guy.

Synopsis: Ichiro Inuyashiki (Noritake Kinashi) is a salary-man on his way out. Unappreciated at work and at home and freshly diagnosed with cancer, his life looks miserable but things take a drastic turn when he is involved in an explosion. When he regains consciousness, he discovers that he has been transformed into a cyborg. Far from freaking out, he has a new lease of life and decides to use his powers to help those in need. Meanwhile, Hiro Shishigami (Takeru Satoh), a high school student, was also involved in the very same explosion and has gained the very same the powers. He just wants to see the world burn. Two super-powered people do battle in Japan!