“You will be taking another test. If you don’t answer students will die one by one. You must solve all questions.” 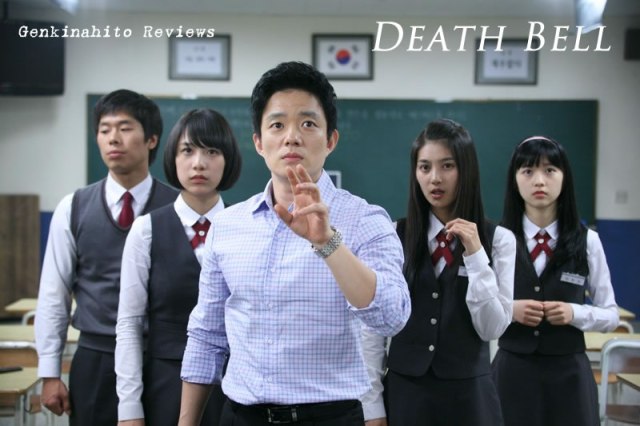 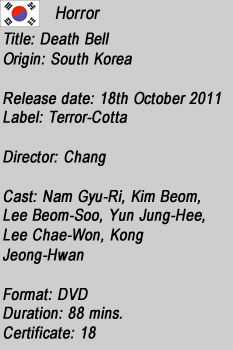 Death Bell, the first release from Terracotta’s new horror imprint Terror-Cotta, is a mash-up of The Whispering Corridors, Battle Royale and Saw with nods to Carrie and Scream. The final result is a film that fails to synthesise any original or shocking horror but remains largely enjoyable due to strong visuals and performances.

A group of students at an elite high school, preparing for mid-term exams (goas) are held captive and forced into a series of sadistic games. The students find themselves plunged into a deadly test where they are picked off one by one and held in impenetrable traps where they must rely on the amazing intellects of their classmates to be released, every time a question is answered incorrectly, a classmate meets their torturous, grizzly death. When it emerges that the students are being picked off according to a pattern, pupil Kang Yi-na (Nam Gyu-Ri) discovers how much time she has to stay alive, and solve the puzzles to unmask their vicious killer, before the Death Bell rings for her.