Noriko Yuasa has a new project on Kickstarter and it is for a feature-length film called Performing KAORU’s Funeral. A successful campaign will help finance this film which is based on an original script that she wrote in 2017 and has been working on since last year. It is described as, “A tragic and comical story of one woman’s final days, mixed with irony and love”.

Judging from the initial teaser trailer for the film, this looks like it could be something that brings tears mixed with laughter as a dark-dark drama plays out.

END_OF_DOCUMENT_TOKEN_TO_BE_REPLACED 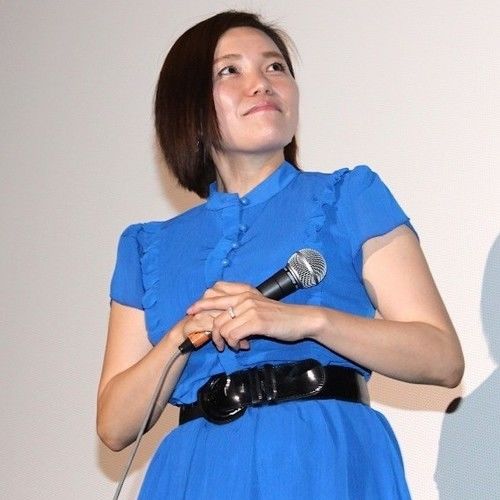 Noriko Yuasa is a director who hails from Okayama, Japan. She graduated from Tokyo Metropolitan University with a BA in Architecture before she entered Kinoshita Production, in 1999, to train as a TV Drama Director. In 2013, she went freelance as a director/producer and, since then, she has worked in both TV drama and film, specializing in project planning, directing and producing.

2015 saw her make her theatrical feature film debut, Udagawacho de matteteyo (Wait in Udagawacho), a romance which was released nationwide. This was followed by a brace of short films which showed growing confidence in her visual storytelling and approach to narrative construction, starting with Looking For My Sunflowers (2014), a story of a salaryman experiencing a shot of nostalgia in his hometown. This was followed by Girl, Wavering (2015), which used contrasting colours and poetic imagery to initiate severe tonal changes in a dramatic story of a high school girl’s life. The next film, Ordinary Everyday (2017), was a psychological horror set in downtown Tokyo that used visual and aural tricks like suddenly swathing the screen in vibrant colours to create an off-kilter atmosphere with ambiguous threats that burst out in a bonkers climax.

Yuasa’s works all feature vibrant use of colors and this factors in with her latest work, Coming Back Sunny, a short film about first love as experienced by a color-blind schoolgirl which pops and fizzes with different colors that are used to emotionally expand the story. Yuasa recently raised funds through Kickstarter to help pay for festival fees to bring the film to more audiences around the world but this campaign came at the start of the Covid-19 crisis which saw film production and exhibition around the world postponed, cancelled or forced to go online. This was something of an unprecedented event for the global film industry and so, this interview, conducted by email, was a chance to talk about the film as well as find out how the crisis has affected Yuasa’s project, and the importance of festivals.

END_OF_DOCUMENT_TOKEN_TO_BE_REPLACED

At a time when minimalism is trending as a style in Japanese indie cinema, Noriko Yuasa distinguishes herself through adventurous use of color and editing to add to the emotional space of her works. Her colorfulness enriched Looking For My Lost Sunflowers (2014) where the bright yellow of the flowers symbolized the warmth of a salaryman’s hometown nostalgia, the sharply contrasting blues, reds and grays in Girl, Wavering (2015) reflected a teenage girl’s rough adolescence, and the visual tricks of Ordinary Everyday (2017) created a reality that became increasingly fractured until a shock ending. With her latest short film, Coming Back Sunny, Yuasa uses strong colors to visualize the emotions of a high school girl’s first encounter with love.

Coming Back Sunny follows 17-year-old Shiori (Riria Kojima) who lives in the small city of Kawagoe. Shiori suffers from achromatopsia which means she cannot distinguish between the colors red and green, both of which look brown in her eyes. Interacting with the world can be frustrating since she misses the beauty that others see. This frustration has not only left her feeling uncomfortable in social situations but has even made her prematurely misanthropic. One source of relief is her best friend, Yumi (Honoka Yoneyama), who is a constant companion and the person closest to her heart.

END_OF_DOCUMENT_TOKEN_TO_BE_REPLACED

When I backed director Noriko Yuasa’s Kickstarter for funding the festival run of Coming Back Sunny, I was directed to another Japanese film seeking funding. This one is a romantic musical called Make-Believers which is aims to be, to quote the organisers, “a first-of-its-kind, Hollywood-influenced, musical romance set in Japan.”  Here is the Kickstarter link.

END_OF_DOCUMENT_TOKEN_TO_BE_REPLACED

Super-talented director Noriko Yuasa has a project on Kickstarter for an independent film she has worked on called Coming Back Sunny. The film is a love story about a colour-blind schoolgirl named Shiori (Riria Kojima) who is suddenly able to see the world around her just in time for fate to draw her on a journey where she will fall in love with someone.

Here is the trailer on Kickstarter:

Noriko Yuasa has been directing films for over 20 years and she has made an impact on the festival circuit. This film is her latest one and was originally part of the omnibus movie Seisyun Kaleidoscope which was released in Japan in August of last year and it is now being developed into a feature. Here is my write up original omnibus film.

END_OF_DOCUMENT_TOKEN_TO_BE_REPLACED

I recently had a news tip about an interesting Kickstarter for a stop-motion indie horror film from Japan called “The Depth if Yagen” by animator and author Shigeru Okada, an animator and educator who has a YouTube channel dedicated to the art of stop-motion animation. I reported it on Anime UK News (AUKN) and V Cinema. It looks like something really unique due to the style of animation and the story it tells. Here is the Kickstarter campaign trailer:

The story draws upon Japanese history and mythology and mixes in themes of family and betrayal:

Once upon a time in Japan, there was a poor couple living with their only daughter. One day, the father, an avid gambler, sells his daughter to human traffickers in order to settle his gambling debts. The traffickers, on their way back to the village with the man’s daughter, decide to take a shortcut by entering the forbidden mountain. The girl’s mother pursues the traffickers into the mountain in a bid to reclaim her daughter. The mother begins a terrifying transformation as the curse of the mountain settles on her. Yet, she continues her pursuit to save her daughter…

As can be seen in the video, the transformation is really creepy and you can expect the model work to be exquisite in order to deliver the body-horror, a transformation that would make Junji Ito proud. What is the depth of a “yagen”, you may be wondering? Well the yagen is the mortar which the creature is seen using. How this plays into the story will have to be discovered.

Stop-motion animation is expensive and time consuming so a Kickstarter campaign will be needed to help finance everything and funds will need to be raised by June 10th. The money raised will be used on the production but will also be used to create a set of “making-of” materials ranging from a book to a film. This film will detail the fabrication of puppets and props, lighting, animation and editing processes, all of which Okada is doing. Both the film and the materials are something Okada hopes to use to inspire aspiring animators and he will do so by putting them online for people to access. There’s actually a demonstration video online to give people a taste of how in-depth it will be:

The anime Okada is working on will be split into five episodes. It will be animated in 2019 and released in 2020 in two versions, one a shorter, atmospheric version that forgoes any graphic images – each episode lasting three minutes and released for free on Okada’s YouTube channel NARIOMARUDARKSIDE – and the other version will be completely uncut and last 7-8 minutes. This one  will be made available on payable video viewing sites, such as VIMEO (One episode: 300JPY. All five episodes: 1,500JPY). Subtitles will be available in Japanese. English and Spanish.

Anybody who backs this project will get the chance to own it (either digitally or on DVD depending upon the tier you select) and, if you pledge enough, you can appear in the film as a model. This is a great way for Okada to use his skills as an animator to teach and get people involved in the project.

Now, anime on Kickstarter tends to have a good reputation (at least, better than video games) and my experience with it is with Under the Dog and Mai Mai Miracle, both of which I got a film at the end of the process so I’m fairly confident you’re guaranteed to get a product and this guarantee is good because Okada is an experienced animator and is actually currently involved in the Netflix production of Rilakkuma which is making waves around the internet. He has a YouTube channel (NARIOMARUDARKSIDE) which shows examples of his works so you get an idea of what the end product will be like and, judging by the work.., he has the skills to deliver.

As I stated in the AUKN report, stop-motion isn’t as common as 2D animation and horror stories told by stop-motion are even rarer. The last time I saw something like this was Junkhead which played at the Raindance Film Festival a few years ago.

This sounds good to me so I plan on contributing. There are 46 days left to help out so if you like the look of the work and want to get involved, head to the Kickstarter page.

Writing trailer posts is long and sometimes difficult but I find it worthwhile because it introduces me to great films that I want to see. One such example stretches all the way back to January when I wrote about a film called Plastic Love Story. I was interested in the trailer but, as is the case with many Japanese indie films, I was resigned to probably never seeing it. Well that could change because there is a Kickstarter already underway to get it screened at international film festivals!

I was contacted by the makers of the film and directed to the Kickstarter page which contains a lot of information about the project, the filmmakers and their ambitions for taking the film on to the international stage. Here’s info and trailer:

‘Plastic Love Story’ presents the coming of age of three girls in Japan and portrays the strength of Japan’s young generation as they overcome hardships. It is from director Ryutaro Nakagawa who is described as one of the leading  young up-and-coming filmmakers in Japan and this might be for a good reason since his films have screened in the US as well as Japan.

END_OF_DOCUMENT_TOKEN_TO_BE_REPLACED

Third Window Films are one of the leading distributors of Japanese films in the west, if not the leading distributor, and they have a massive catalogue of titles ranging from big budget pictures to the tiniest of indie films that would rarely be picked up by other labels. I have met the man in charge of Third Window Films and he is very passionate and knowledgeable about the titles he brings to the west and probably one of the best advocates for Japanese cinema in any film industry. Just to prove this point, Third Window Films announced an innovative Kickstarter project that will allow backers to get a dual format 3-disc limited edition release full of indie films which will be region free and open to everyone in the world.

I’ve written about some of these and I am very excited… So excited that I’ve already backed the campaign and pre-ordered my version!

Here are the details!

END_OF_DOCUMENT_TOKEN_TO_BE_REPLACED

Regular readers of this blog will be aware that I was blown away by an unexpected anime called Mai Mai Miracle at last year’s Japan Foundation Touring Film Programme. 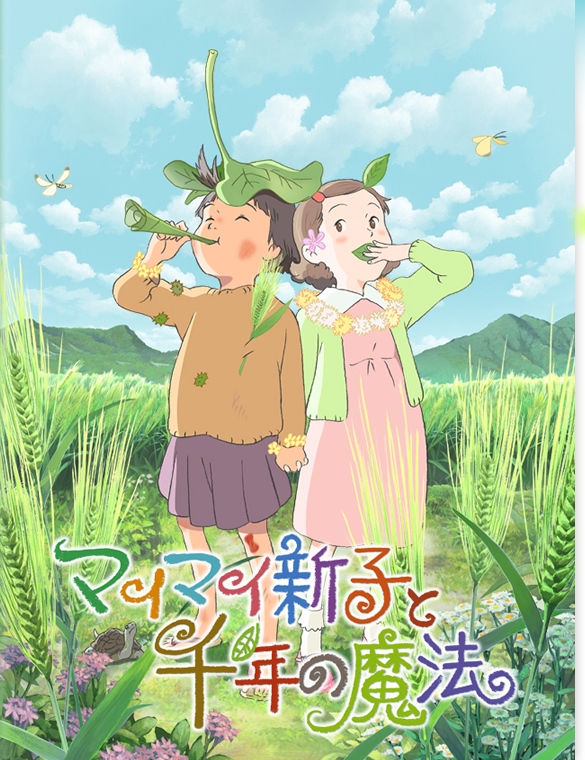 After watching it, I wrote a glowing review and took to recommending it to others via this blog and on the Anime UK News website where it featured in end of year picks and news reports.