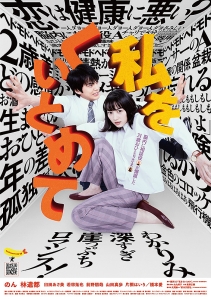 Director Akiko Ohku’s Hold Me Back won the Best Film prize at the 2020 edition of the Tokyo International Film Festival (the only award on offer that year). This was the second time that she won the award, voted for by audiences, having previously nabbed it in 2017 with Tremble All You Want. Both films were adapted from novels by Akutagawa Prize-winner Risa Wataya and both feature young women engaging in romantic comedies that go beyond love and laughs to moments of self-actualisation that help them grow as individuals. Hold Me Back is an especially enjoyable film thanks to a layered performance from lead actor Non who is able to portray an everyday person with a quirky charm but also depths of emotion that come out in an odd but endearing way.

END_OF_DOCUMENT_TOKEN_TO_BE_REPLACED

The great existentialist thinker Jean-Paul Satre once said something along the lines of, “you can never truly know another person,” with the view that everybody is hiding behind a false mask. Nobody is genuine, everybody is playing a character, projecting a persona to hide their Jungian shadow, their real self, and so it is here with a group of young flatmates sharing a 2LDK apartment in Tokyo.

END_OF_DOCUMENT_TOKEN_TO_BE_REPLACED

This week has been one about trailers and news which I find easier to write than reviews. The reason why? I needed to buy time to review the films I saw at the 56th BFI London Film Festival (more on that tomorrow). So what does buying time mean? On Sunday I organised a new page which lists reviews by directors. On Monday I posted news about the acquisition of Kurosawa’s V-cinema films Eyes of the Spider and Serpent’s Path by Third Window Films. This was followed with a trailer for Wong Kar-Wai’s The Grandmasters, a film that is God-tier. I have not seen it but based on the trailer and the director, that’s the only way I can see it. I then followed that on Friday with a trailer for the latest instalment of the Hunter x Hunter franchise, Hunter x Hunter: Phantom Rouge.

What do the Japanese charts look like this week?

A lot of the films released last week have entered the charts… as well as some Hollywood fluff. The historical fantasy epic The Floating Castle takes the top spot while the drama  A Chorus of Angels sneaks in at number two. The bank heist thriller Fly with the Gold is at number four.

What is released today?

Lesson of the Evil

What an incredible director!

Miike has made so many movies these past two years and I have had the pleasure of actually seeing one on the big screen during the year of its Japanese release. That film was the incredible Ai to Makoto which is my third cinema experience with Miike (Gozu and Thirteen Assassins are the other two). The guy can be hit or miss but when he hits… it is amazing.

Shota Sometani and Fumi Nikaidou blew me away in Himizu and are reunited for this slick looking horror tale. Sometani in particular has been carving an impressive niche for himself with titles ranging from the likes big budget fluff Sadako 3D to the more indie Isn’t Anyone Alive? They are joined by veteran Hideaki Ito (The Princess Blade, Sukiyaki Western Django), Kento Hayashi (Arakawa Under the Bridge) and Takayuki Yamada who was particularly cool in Thirteen Assassins and… THE CAT RETURNS!!!

What an incredible story???

The film is based on a novel written by Yusuke Kishi who has twice won the Japan Horror Associated Award but while the synopsis sounds awesome, the trailer is lacking. That said, Miike is helming this so it should be awesome.

Seiji Hasumi (Ito) is a popular teacher at a high school. His attractive smile and friendly demeanour masks the beating heart of a psychopath. A psychopath who will stop at nothing to make his school perfect including killing his students.

CM Time… CM? Anybody who reports on Japanese media will be familiar with the abbreviation CM as it means commercial message. This comedy sends up the world of advertising by putting three totally different characters together in what should be a simple commercial. It stars veteran actors Hitomi Kuroki (who starred in the so-so Kaidan), Katsuo Nakamura (who starred in the wonderful Warm Water Under a Red Bridge) and new guys Kazuki Kato (Kamisama Help!), Kosuke Toyohara (Licence to Live) and Yukia Motokariya (Swing Girls, We Were There).

When a beverage company ask an advertising company to make a CM (Commercial Message), what they don’t expect is chaos but that is what they get as the ad agency hires a manic depressive rapper (Kato), a fading actor (Nakamura) and the queen of enka (Kuroki). Let the hilarity begin.

This is clearly one of those low-budget found-footage horror flicks which cares not for originality. It looks a lot like The Blair Witch Project. It stars Riho Takagi who has starred in numerous Kamen Rider films and, most notably, alongside Hiroshi Abe in the emotional school drama The Blue Bird. The director is Koji Kawano who is familiar with this low-budget horror territory having directed Undead Pool. It is written by Toshikazu Nagae who was behind Paranormal Activity 2: Tokyo Night.

Riho Takagi… playing herself… is a young actress… Quite. Anyway, she visits an uninhabited island with university students who are part of a film club to shoot a film. All seems okay after the shoot until they realise that the boat taking them back to the mainland isn’t going to be showing up and (wouldn’t you know it!) their mobile phones do not work.  After six days the group are at breaking point. Then a person is found dead.

I replied to Andina’s Liebster blog award, reviewed the awesome Korean thriller Desire to Kill, dug into the Japanese films and TV (Kiyoshi Kurosawa is there with his latest TV show!) at the Venice International Film Festival and posted a trailer for the 2013 film entry in the A Certain Magical Index franchise. Scotland Loves Anime announced their line-up and I will post about that tomorrow. Alua has a nice round-up. Just as I wrote that Strange Circus and Eureka were delivered by the postal service \o/.

What do the Japanese movie box office charts look like?

Last week saw the release of Marvel’s The Avengers so there was only one Japanese film released last week. The dust has settled and The Avengers movie is at the top of the charts while Fairy Tail lies at nine. Umizaru and Wolf Children drop one place each to two and three respectively. Helter Skelter, Another and The Kirishima Thing – Erika Sawajiri and Ai Hashimoto!!! – remain in the top fifteen.

This week sees a flood of Japanese films released and all but one of them are based on manga.

The early Meiji period in Japan is a time of rapid industrialisation and modernisation and a time when samurai like Kenshin Himura are being consigned to the history books. He was once an elite swordsman known as “Battosai” before taking an oath not to kill. He now finds himself as a wandering samurai offering aid to those in need as atonement for his past actions. During his travels he meets Kaoru Kamiya, an instructor at her father’s Kendo school. She offers Kenshin a place to stay at her dojo and their relationship begins to blossom but Kenshin’s past will soon catch up with him as he discovers that somebody has been using the name “Battosai” while committing murders in Tokyo. 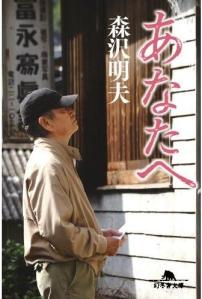 Eiji Shimakura (Takakura) is a 53-year-old prison guard in Hokuriku. When he loses his wife Yoko (Tanaka) he receives a letter from her and follows her last wishes, which is to have her ashes spread in the sea next to her home town of Nagasaki. He is curious as to the reason why she wants her ashes taken there and decides to go Nagasaki n his homemade camper van.

END_OF_DOCUMENT_TOKEN_TO_BE_REPLACED

Another movie adaptation of a television series which was adapted from a manga. This

time it is Ushijima the Loan Shark and the manga is highly regarded (it won the General category of the 56th Shogakukan Manga Awards last year and was nominated for the Osamu Tezuka Culture Prize in 2008 and 2010). The cast list is very interesting with Takayuki Yamada (13 Assassins, Milocrorze – A Love Story, The Cat Returns!!!) reprising his lead role of Kaoru Ushijima from the 2010 television series. He will be acting alongside AKB48 Team K member Yuko Oshima (The Suicide Song), Kento Hayashi (Girls for Keeps), Yoshinori Okada (Fine, Totally Fine, Kamikaze Girls), and Asuka Kurosawa (Cold Fish, Himizu, Dead Waves).

Kaoru Ushijima (Yamada) is a loan shark who operates out of a business called “Cow Cow Finance”. One of his ‘clients’ is Mirai Suzuki (Oshima) who has taken it upon herself to pay for her mother’s debts and started work in a “Paid date café”. Another client is Jun Ogawa (Hayashi), an ambitious president for an event group who decides to renege on his payment. When Ushijima wrecks Jun’s business, Jun goes all out for revenge.