I hope that you are all safe and well.

I’m careening from one thing to another. I started the week writing aboutthe Udine and Cannes film festivals before posting a news article and interview with the curator of a season of documentary films made by Kazuo Hara/Sachiko Kobayashi which are available to stream in North America via Japan Society. I’ll be reviewing these films over the next week. I also posted trailers yesterday.

This week I watched Assault on Precinct 13, Ronin, and the first half of Psycho-Pass Season 3. I also watched the Hara/Kobayashi films Goodbye CP and Extreme Private Eros: Love Song 1984.

END_OF_DOCUMENT_TOKEN_TO_BE_REPLACED

Here is the first part of a two-part trailer post!

The Fable: A Contract Killer Who Doesn’t Kill 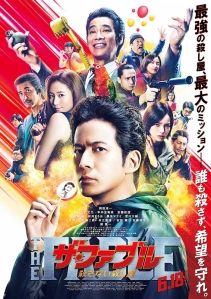 The first film was highly enjoyable up until the extended (and overly long) finale and I felt that it captured the manga perfectly. The trailer indicates that the stunts and action have grown even more grandiose!

Synopsis: Akira Sato (Junichi Okada) is the legendary killer known as The Fable. He is continuing to keep a low profile in Osaka with his partner Yoko (Fumino Kimura) as they pretend to be ordinary siblings. He maintains his part-time job at a design company called Octopus where his boss, Takoda (Jiro Sato), and colleague/love interest, Misaki (Mizuki Yamamoto), are unaware of his hidden life of assassinations. The team at Octopus become the target of extortion when a seemingly innocent NPO run by a seemingly nice guy named Utsubo (Shinichi Tsutsumi) brings in a contract killer Suzuki (Masanobu Ando) to get money out of them. Akira must step in and use his skills.

END_OF_DOCUMENT_TOKEN_TO_BE_REPLACED

This is the follow-up to yesterday’s trailer post. This week I posted interviews with Yutaro Nakamura, director of A New Wind Blows, and Shinji Imaoka, director of A Rainbow-colored Trip.

I watched around ten Stephen Chow films, the 1972 film Bone, and The Quiet Family in preparation for a Heroic Purgatory podcast recording.

END_OF_DOCUMENT_TOKEN_TO_BE_REPLACED

Homage or spoof? It is always a delight when Stephen Chow references Wong Kar-Wai. pic.twitter.com/tkK1f1bh7Q

Here is the first batch of trailers for films released this weekend. The second batch comes tomorrow!

END_OF_DOCUMENT_TOKEN_TO_BE_REPLACED

This is the third and final trailer post of this week. Here are the last of the films to get screened this weekend!

END_OF_DOCUMENT_TOKEN_TO_BE_REPLACED

Who is the funniest man in comedy and why is it Stephen Chow circa the 1990s? pic.twitter.com/s0tNKUZYz5

I only published one film review this week, Mrs. Noisy, which I highly recommend watching. There were two films released at the start of the week which I posted about. On Sunday last week I took part in a Heroic Purgatory podcast recording of a Stephen Chow film from the 90s.

What are the next batch of films released this weekend?

END_OF_DOCUMENT_TOKEN_TO_BE_REPLACED

Two films are released today in Japan: Kakegurui the Movie: Zettai Zetsumei Russian Roulette had its premiere back in April but a general release was pushed back to now due to the Japanese government imposing a state of emergency which, first, closed many cinemas, and then placed cinemas under reduced opening hours.

The second film released today looks like an interesting indie that draws upon the Covid-19 pandemic as material. While everyone and everything felt the impact of the pandemic, women were particularly affected by job cuts and domestic violence which saw a spike and a resultant rise in the suicide rate amongst females. Child abuse also rose during this period. It was a dynamic seen globally but this is among the first films to directly draw upon it for a story. You can read a little more about the issue here.

Here are the trailers:

END_OF_DOCUMENT_TOKEN_TO_BE_REPLACED 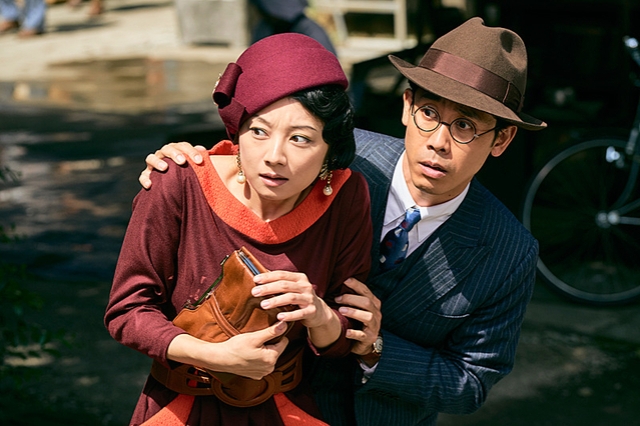 I hope you are still feeling good.

This is the follow-up to yesterday’s trailer post. Not much news from me other than I will be recording another episode of Heroic Purgatory tonight! It’ll cover a Hong Kong comedy via Stephen Chow!

END_OF_DOCUMENT_TOKEN_TO_BE_REPLACED 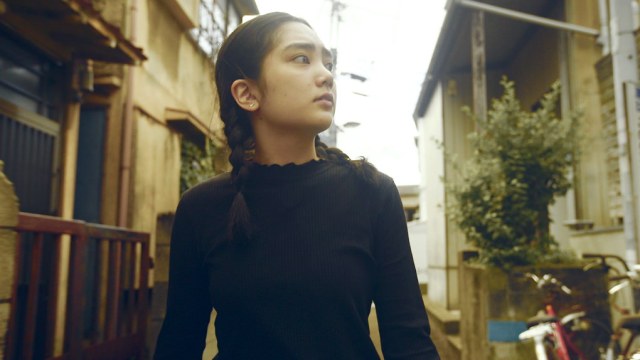 The state of emergency in Japan continues to grind on as the government struggles to control Covid-19. It has been extended until the end of June. Rules have been relaxed for some business and cinemas will be able to open but with reduced hours.

Looks like all the efforts have gotten the word 映画館 in main news headlines. 👏
Under the extended emerg. declaration (June 1-20) Tokyo cinemas will be allowed to operate under shorter hours rather than be shut altogether 👏 👏 https://t.co/AvTzY36NH9

I watched the films And Soon the Darkness, Natural Born Killers, Cannibalistic Humanoid Underground Dwelllers, and Takeshi Kitano’s A Scene at the Sea and Kids Return. The Heroic Purgatory podcast also launched its latest episode which is dedicated to Kitano’s HANA-BI. I had fun revisiting the director’s works and interesting talking about interpretations.

What is released this weekend? This is a two-part trailer post so come back tomorrow for more!

END_OF_DOCUMENT_TOKEN_TO_BE_REPLACED

The 21st Nippon Connection will take place from June 01st to the 06th and there is a roster of 80 films that will be screened online. On top of that, there will be talk sessions with directors and over 40 interactive workshops, talks, performances, and concerts.

The complete program as well as tickets for all films and events were made available on May 22md on the website NipponConnection.com. The films can be accessed from June 1st on Watch.NipponConnection.com. Some titles will be region-locked while others are available to stream worldwide. Whether a film can be streamed in your region or not can be discovered there. One film costs 6€ / £5 and can be viewed within 24 hours of it being started.

This post concentrates on all of the titles playing in the Nippon Cinema section. It follows on from a highlight post which gives an overview of the festival and some of the films I recommend.

Click on the titles to be taken to the corresponding Nippon Connection page which has details on dates and times.