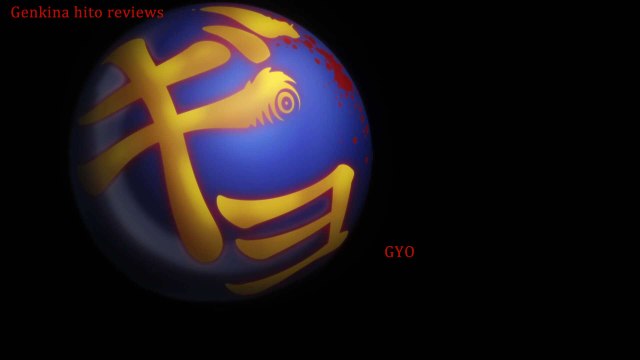 Junji Ito occupies a very special place in my life. He makes my nightmares. I can think of few other manga-ka or filmmakers that have had the effect of leaving me genuinely unnerved. Gyo (Japanese for fish) is the first of his stories to get an anime adaptation. Does it work?

Kaori is visiting Okinawa with her friends Aki and Erika for a grad trip. They are staying at a beach house owned by Kaori’s fiancé Tadashi’s uncle and are enjoying Okinawa’s beautiful beaches when she finds herself caught in the middle of a land invasion by bizarre fish which scuttle on land with sharp metal legs and spread a “Death Stench”. These fish turn aggressive and soon spread across the island and spread further afield to Tokyo where Tadashi resides. Kaori decides to return to Tokyo and find Tadashi. She hooks up with a freelance cameraman named Shirakawa but things are about to get a whole lot weirder than she could have imagined.

Anybody familiar with Ito’s weird fiction manga will know that his skill lies in taking something simple in an everyday situation like a physical feature or a desire and crafting something truly dreadful that twists relatable characters. Sometimes his stories become so unhinged that logic can fly out of the window but even then they are still affecting thanks to the mood, the ideas, and imagery which are so visceral. Movie adaptations struggle in conveying these stories and change things to make them more accessible as seen in the live-action Uzumaki and here.

The anime has been adapted by Takayuki Hirao who is the anime’s writer and director. He learned his craft under the guidance of Satashi Kon and even directed the first episode of the magnificent Paranoia Agent. Hirao has simplified Gyo’s story and turned it from pure psychological horror into a simple apocalypse movie that uses the brilliant animation to foreground the action and weirdness and the disgusting and brutal body horror. As a result Gyo has created a new nightmare for me… that of the sea and what lurks in it! 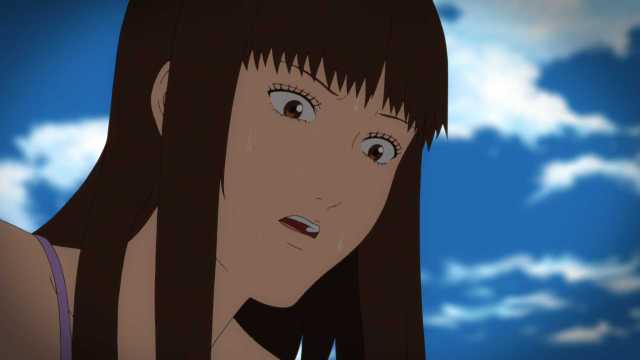 Have you ever stared out at an ocean and wondered what lies beneath the surface? Think about it. Oceans are large areas that have been barely explored and thousands of years of evolution have crafted so much life which is mostly undiscovered. This does not take into account the impact that humanity has had. The last few times I have looked out to sea I only thought about what was on the surface. What Gyo does is give vent to the sense of fear that surrounds the unknown and making the everyday crash against the monstrous.