This is the follow-up post to yesterday’s. Since I posted it, I watched a couple of Wong Kar-Wai films and more episodes of the anime adaptation of Blade of the Immortal.

END_OF_DOCUMENT_TOKEN_TO_BE_REPLACED

The life of twenty-something woman Sakura (rising star Mayuko Fukuda) changes when she quits her office position and takes a job at a nursery. This impulsive decision puts her in the orbit of a girl named Ai whose father, Shindo (Kohei Ikeue), seems to be struggling to raise her without her mother around. Again listening to her inner impulses, Sakura gets involved with the two as she subconsciously works through various feelings related to her own fractured family. Little does she realize that this process will lead to the reconfiguriation of her relationship with her parents.

A minimalist psychological piece, Good-Bye is the third film from director Aya Miyazaki and it received its world premiere in the Indie Forum section of the Osaka Asian Film Festival 2020. One of the youngest directors at the festival, Miyazaki only started making films while studying at Waseda University where she learned under the supervision of Hirokazu Kore-eda and Tamaki Tsuchida. She currently works for a movie company but took time to appear at OAFF to introduce and discuss her latest film.

END_OF_DOCUMENT_TOKEN_TO_BE_REPLACED

Aya Miyazaki got the filmmaking bug while studying at Waseda University. She took the video production course in her third year with one of her teachers being Hirokazu Kore-eda. His influence can be felt in her film Good-bye, specifically in how Miyazaki depicts the daily life of ordinary people in a minimalist style.

END_OF_DOCUMENT_TOKEN_TO_BE_REPLACED

Earlier this month, the organisers of the Osaka Asian Film Festival (OAFF) 2020 announced the full line-up for the festival which takes place from March 6-15. This is the best event to see a cross-section of Asian cinema and nearly all of the films will have English subs – the only exceptions we know so far are “Birthday”, ” House of Hummingbird”, and “Malmoe The Secret Mission”.

Despite the issues surrounding Coronavirus, the festival is still going ahead but one section, the co-hosted event “Come to Life! vol.2 Gutai and Nakanoshima”, has been cancelled due to the decision of the co-host organiser. This means six films have been removed which brings the number of selected films screened from a record 64 to 58 in total. This number includes 12 World Premieres, 12 International Premieres, and 3 Asian Premieres with films submitted from countries and regions such as Taiwan, Hong Kong, Poland, South Korea, Japan, and South East Asia.

Continuing on from previous editions of the festival, OAFF remains a beacon of progressive programming as 25 female directors find their works selected with over half the films in the Competition section directed by women. The festival programme features characters from across the world contesting with issues such as war, crime, bullying, LGBTQ+ rights, immigration and unionising in the workplace. OAFF continues to give a platform to filmmakers who face challenging issues, whether the films reckon with historical injustice or paint a brighter future through showing diverse characters navigating their way in our tumultuous world.

Please check the full line-up of OAFF 2020 which can be found here. Tickets for the films screening at the fest are already on sale.

END_OF_DOCUMENT_TOKEN_TO_BE_REPLACED

The full line-up for the 2017 Osaka Asian Film Festival (OAFF) (March 03rd – March 12th) was revealed last month and for the 12th edition of OAFF, the number of selected films has reached an impressive 58 in total, including 16 films in Competition and they are coming from 19 countries and regions, including China, Hong Kong, Korea, the USA, and Japan. I took a look at many of those films in the two previous posts, one highlighting the competition and opening/closing films and one looking at the Thai, Hong Kong and special screening films. This preview will look at the independent Japanese films. Again, I helped write the synopses for many them only this time it was with the help of staff-members with the Housen films who would help me translate things from Japanese and discuss the exact meanings of certain words used. Thanks go out to them. Also, there are three films at the start that weren’t assigned to me so I didn’t cover them. I did write director biographies which I threw into this post. Who knows when I may call upon them.

Here’s what’s on offer from the Japanese cinema selection (you can click on any of the titles to be taken to the corresponding festival page which will have more information):

END_OF_DOCUMENT_TOKEN_TO_BE_REPLACED

Hello dear readers! I hope you are having a good weekend!

I had a decent week. The start was a bit wobbly after watching Chappie (US/SA, 2015), a film I didn’t particularly enjoy much – I should have known better because I didn’t think much of the director’s previous film, Elysium (2013). Once I was back in work on Wednesday, the week was better and I did manage to watch a couple of really good films – Mahler (UK, 1974) and Lucky Jim (UK, 1957). That’s three more for my movies watched this year list!

There are a lot of films of the list – thirty-seven so far, the majority of them western. I’m also enjoying finishing Ghost Hound, the latest episodes of Tokyo Ghoul Season 2, Parasyte, The Walking Dead and I Survived a Zombie Apocalypse. 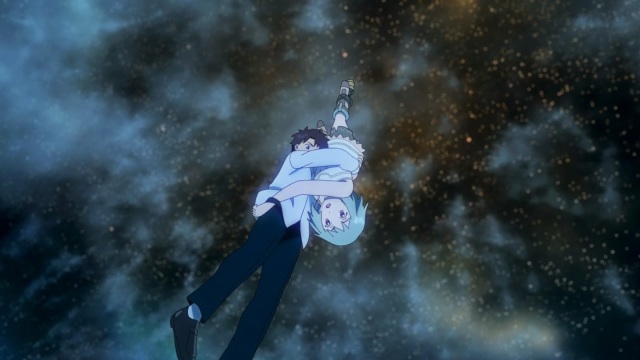