I occasionally write about the odd film screening outside of festivals when something I grew up with will get played and there are two titles which will be screened in New York in September and October that are dynamite.

This song is so well-known in Japan that I could sing it in a bar and get a chorus going. This film is also super-popular inside and outside of Japan. Nobuhiro Yamashita, his familiar writing partner Kosuke Mukai along with Wakako Miyashita craft a charming drama with an infectious song at its core. I’ll review it one day.

Synopsis: A high school is about to stage its festival and am all-girl band who hope to perform finds itself falling apart when members depart. Those that are left scramble to fill in the empty slots and a Korean exchange student named Son (Doona Bae) finds herself being asked to provide lead vocals. Their mission is to master the 1987 hit song “Linda Linda” by Japanese punk band The Blue Hearts and their performance is truly something to enjoy.

END_OF_DOCUMENT_TOKEN_TO_BE_REPLACED

The 16th edition of the Japanese film festival Nippon Connection will take place in Frankfurt, Germany, from May 24th to the 29th. Over the course of six days audiences will get the chance to watch more than 100 short and feature films and this incudes indies, anime, blockbusters, and documentaries. This is the biggest festival dedicated to Japanese films and so filmmakers are going to attend the event to present their works.

On top of the films there are guests who are coming over from Japan so that means there are also workshops, lectures, panel discussions, performances, exhibitions, and there is also a Japanese market with food on sale. It’s a huge event with lots to see and do.

END_OF_DOCUMENT_TOKEN_TO_BE_REPLACED 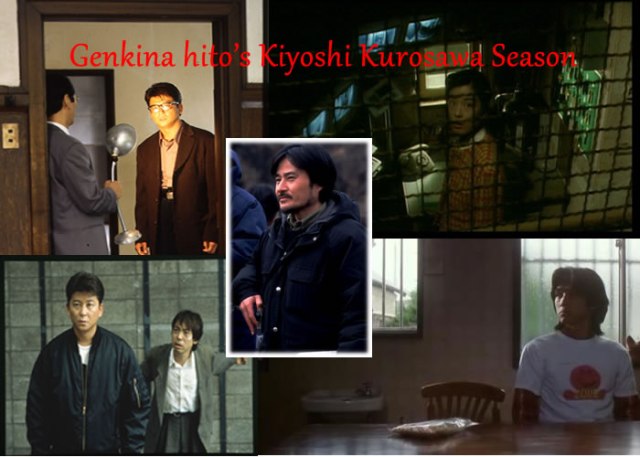 Regular readers will know that I keep ranting about four directors: Kiyoshi Kurosawa, Sion Sono, Takashi Miike. and Shinya Tsukamoto. The reason these four men are always mentioned is that they have made a lot of my all time favourite live-action films. I’ve grown up watching a lot of Japanese films from classics to the most contemporary but it’s these four who have blown my mind with their imagination and use of the medium of film. There are few other directors out there who can match them, in my opinion. Sion Sono and Shinya Tsukamoto have had a season dedicated to them but my most favourite of all, Kurosawa, has not… UNTIL NOW!!!

This is going to be a short season dedicated to the maestro, Kiyoshi Kurosawa because I have reviewed most of his films that are available in the west already. It has come about because I have recently watched three of his lesser known works and two of them are going to be released in the UK this time next week! We start with a biography! A long and boring and incoherent biography! WAIT, COME BACK! There are pictures!

END_OF_DOCUMENT_TOKEN_TO_BE_REPLACED

It is getting close to Halloween and so this post is timely… I am a member of The LAMB (Large Association of Movie Blogs) and occasionally, very occasionally, I take part in some of the events organised by them. Recently I have taken part in Foreign Chops #6: It Came From Japan which hosts a bunch of reviews from LAMB members which are focussed on Japanese horror films.

Apparently this is the second largest edition of Foreign Chops and from what I can see the titles sent in are an interesting mix. There are some obvious titles like, Audition and Ichi the Killer, the splatter-fest Vampire Girl vs. Frankenstein Girl and classic kaidan eiga like Jigoku, Kuroneko and Onibaba and more recent J-horror like Ju-On and Ringu.

There are a lot of titles I wouldn’t class as strictly horror since they mix genres. Titles like the kaiju eiga Gamera vs. Guiron and Godzilla vs. Mecha Godzilla, and the dystopian action thriller Battle Royale.

There are even some non-Japanese films including, Bio Zombie and Three Extremes. While Three Extremes scrapes in (just) since only one section (the best) is Japanese, the others come from Hong Kong and South Korea, Bio Zombie is clearly from Hong Kong. It is also pretty unspectacular. Thankfully there are some interesting reviews of classic titles, notably from Silveremulsion with The Ghost of Yotsuya and Jigoku.

My reviews (picked with help by Goregirl) are for Cure, Retribution (representing Kiyoshi Kurosawa), Suicide Circle (probably the most fun I have had watching and reviewing a Sion Sono film), Tetsuo: The Iron Man (an incredible film from Shinya Tsukamoto) and Audition (Miike represented). Three of Japan’s biggest directors, five films that deserve to be seen and probably three of my more readable attempts at film criticism.

As for Halloween itself… on Wednesday I will post a review of a great horror film, a tradition I started last year with Shinya Tsukamoto’s Nightmare Detective.

I dislike serial killer films and the few I do find watchable are pretentious (Seven) or have great pantomime performances (Silence of the Lambs). Cure is the first I love. It is because of Kiyoshi Kurosawa’s interest and deployment of urban decay and malaise, and most importantly the supernatural and psychological.

Detective Takabe (Koji Yakusho) and psychiatrist Sakuma (Tsuyoshi Ujiki) are called to a crime-scene where a man named Kuwano has murdered a prostitute by slicing her open with a knife from throat to chest, carving a large cross and severing the carotid arteries. The police think that Kuwano has fled but Takabe finds him hiding nearby. The crime is one of three similar cases in two months where the culprits have no motive, are unrelated and are totally rational, hiding nearby and shell-shocked. Takabe is troubled at the emergence of a trend. Cut to Shirasoto Beach in Chiba where a teacher encounters a guy in the trench coat (Masato Hagiwara) who asks, “Do you know who I am?” He seems to have amnesia so the teacher takes the drifter home to alert the authorities and discovers Mamiya written on the drifter’s coat. Mamiya insists that the authorities shouldn’t be alerted and produces a lighter and starts asking the teacher the same questions over and over, “Who are you?”, “What do you do?” trying to pin down psychology. While this is happening Takabe is at home taking care of his wife who is mentally ill. The next morning Takabe interrogates the teacher who has murdered his wife. Takabe senses that there is a supernatural element, possibly hypnosis but Sakuma refuses to budge from his conventional theories until they encounter Mamiya themselves and realise he is connected with each of the killings. Takabe, increasingly distressed and angry with the crimes and having to take care of his wife struggles to get his theory of hypnosis accepted but while he is digging around in Mamiya’s past he discovers chilling evidence stretching back further in time than he could ever have imagined.