The has-been director is fifty-something Shinji Furuya (Itsuji Itao). He was once a rising star in arthouse cinema capable of making great works that won awards at places like the Venice Film Festival but over the course of time his taste for womanising ballooned and something happened to him that made him fall from the heavens of the film industry and into a hellish landscape of melancholy and self-pity. He is now reduced to directing pink films for money, a stony-faced chain-smoking presence on set and a silent solitary man juggling debts in private. His latest production has turned into a disaster because his lead actress Anri (Izumi Okamura) has dropped out and he’s going to lose a desperately-needed paycheck.

Thrown deeper into his mire of depression and with bills to pay he shambles around Tokyo over the course of seven days he alternately looking for money and slumps from one female acquaintance’s bed to another. Alas, he seems to get no joy from the sex he has with beautiful woman and he even rejects their offers of comfort. He soldiers on in being miserable because he carries an emotional burden too great for others to solve and it seems to be connected to a woman who plays the Erik Satie piano piece Gymnopedies in flashbacks he experiences…

END_OF_DOCUMENT_TOKEN_TO_BE_REPLACED

The 16th New York Asian Film Festival takes places from June 30th until July 16th. There are almost 60 films on the programme with many highlights from Hong Kong, Japan, Taiwan, China, South Korea and elsewhere.

This year’s festival features a new Main Competition from which seven films from first- and second-time directors are receiving their Nort American premiere and the festival will honour many actors such as the Star Asia Lifetime Achievement awardee Tony Leung Ka-fai (Hong Kong).

I am interested in the Japanese films on the bill and have watched a few. All of the Japanese films screen in July and there are some really good titles on offer. Not only that but some directors and an actor will be in town. People, if you love films and want to find out more, go see Naoko Ogigami when she does her Q&A.

Here are more details (click on the titles to be taken to the festival page for the film you want to find out more about): 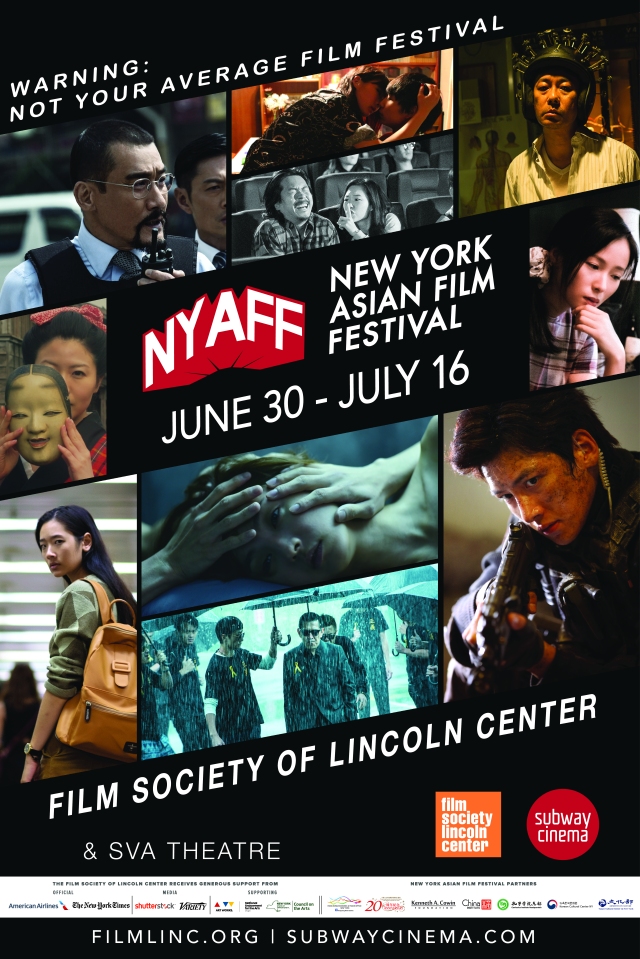