The 2023 edition of the Rotterdam International Film Festival will take place from January 25th to February 05th. This is the 52nd year of the festival and it has a special two-projector video work by Steve McQueen called Sunshine State which looks fascinating. In terms of Japanese film, there is a wealth on offer that covers experimental, documentary, drama, and more. There is a whole strand dedicated to the works of animator Masaaki Yuasa and one dedicated to experimental filmmaker Junichi Okuyama.

Below is a list of features and shorts that have been programmed:

END_OF_DOCUMENT_TOKEN_TO_BE_REPLACED

Here’s a great way to get closer to Japanese indie cinema!

Chiba Film Festival will hold an event running under the title Regular Screening Vol.1 at the Chiba City Lifelong Learning Center on January 22nd. As the title suggests, this is the first of a series of film screening events that will highlight independent films. There will be two indie films available to watch with the filmmakers in attendance!!!

Details below on the titles below:

END_OF_DOCUMENT_TOKEN_TO_BE_REPLACED

In the year of its 20th anniversary, the Japan Foundation Touring Film Programme will grace the screens of arthouse cinemas across the UK from  February 03 to March 31. During that time audiences in the region will be able to see a selection of 20 films that have been selected to fit this year’s theme, “the evolution of Japanese cinema” and audiences will have the chance to watch films that have a connection to themes of previous editions of the programme. The idea is to get viewers to think about the path of Japanese cinema.

Here are trailers for the films:

END_OF_DOCUMENT_TOKEN_TO_BE_REPLACED

Over the last few years. the Japan Foundation has set up opportunities for people around the world to watch Japanese films via streaming via Japanese Film Festival+. This year, they have teamed up with mini theatres (small independent cinemas) across Japan to programme 12 indie films for people to stream online for free. 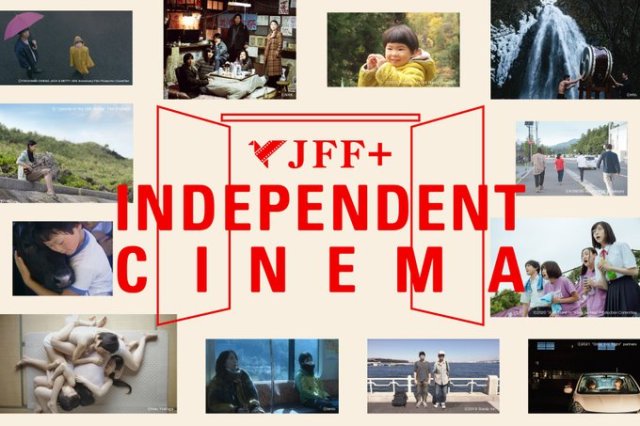 From December 15th, people can go to the website JFF+ INDEPENDENT CINEMA to watch independent films selected by the managers of mini theatres from across Japan. This is a novel way to programme films and it offers an insight into the mini theatre ecosystem which supports Japanese filmmakers and the cultural life of local communities – the majority of films on my weekend trailer posts get played at these small venues.

The films are available to many countries outside of Japan and the films and the theatres that select them are reveal something of specific regional culture. There is ample background on each of the titles and the program is going to be complemented by interview videos with directors and actors, and interview articles with managers of the mini-theatres to give you more of an insight into the films. If you click on the links for the films below, you can read information already.

The films will be screened over two periods:

Some of these are bang up-to-date titles while others are nearly a decade old so you’re going to get some views on how films have fared over time. Some directors even give advice on how to watch the films! There are dramas, documentaries, and experimental works. I’ve only seen a couple of them but can highly recommend them (links to reviews and an interview included) while the others I have heard good things about.

How can one stream the films? When the streaming period is active, just go to the website and register online by clicking on the ‘Watch for Free’ button to jump to the streaming page and sign up to create an account via your email address.

There’s the opportunity to sign up for a newsletter and offer feedback and so you can drop a message to give your thoughts and thanks for the free films. Feedback always helps and it looks like the mini theatre managers want to hear from viewers!

What are the films on offer?

END_OF_DOCUMENT_TOKEN_TO_BE_REPLACED

The full programme for the 2022 edition of the Busan International Film Festival is out and there are, as usual, a lot of Japanese films. The most exciting thing is the spotlight being shone on new talents.

END_OF_DOCUMENT_TOKEN_TO_BE_REPLACED

From September 26th to October 02nd, people around the world can watch a selection of works that have been programmed for The Inter College Animation Festival 2022.

This is the 20th anniversary of the event and 30 schools are participating, the largest number ever. There are an exciting and varied selection of short films and music videos done in many styles, from stop motion to motion capture, 2D anime style and mixing animation with live-action.

You can view the online ones here.

END_OF_DOCUMENT_TOKEN_TO_BE_REPLACED

The Vancouver International Film Festival 2022 runs from September 29th to October 09th and the line-up looks great. There are a grip of Japanese feature films which will be screened. I’m also throwing in two Korean films that have been winning awards and plaudits – potential festival attendees will want to watch these!

END_OF_DOCUMENT_TOKEN_TO_BE_REPLACED

This year’s San Sebastian International Film Festival runs from September 16th to the 24th and they have announced their selection of films which includes forthcoming features and a grip of shorts. Take a look!

END_OF_DOCUMENT_TOKEN_TO_BE_REPLACED

This year’s Toronto International Film Festival runs from September 08th to the 18th and they have announced their programme which has a great variety of screenings. There are two Japanese entries and quite a few Korean ones. I’ve listed the Japanese ones and a few other standouts (for me, at least). Take a look!