The Vancouver International Film Festival 2022 runs from September 29th to October 09th and the line-up looks great. There are a grip of Japanese feature films which will be screened. I’m also throwing in two Korean films that have been winning awards and plaudits – potential festival attendees will want to watch these! 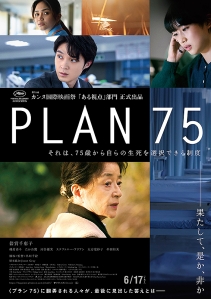 Chie Hayakawa graduates from award-winning shorts to making her feature debut with Plan 75, an expansion of her story in the anthology film Ten Years Japan. It won the Camera d’Or at the 2022 Cannes Film Festival.

It was announced last week that this will be Japan’s submission for the Best International Feature Film category for the 2023 Academy Awards (source). It has been experiencing success in Japan with critical acclaim and a long run in mini theatres.

Synopsis: In a future Japan where the birthrate has continued to decline and the number of older people is bigger than ever, the government has created a programme called Plan 75. This system gives senior citizens the chance to be voluntarily euthanised from the age of 75. Despite initial controversy, it has been accepted by the public. Michi Kakutani (Chieko Baisho), a 78-year-old woman who has been living alone since the death of her husband, is struggling to survive but when she is laid off from her job as a hotel cleaner, she begins to consider applying for “Plan 75. Meanwhile, Hiromu (Hayato Isomura), a city official responsible for handling Plan 75 cases, and Yoko (Yumi Kawai), a call centre operator who supports elderly people who have chosen to die until their day comes, begin to question the nature of the “Plan 75” system. 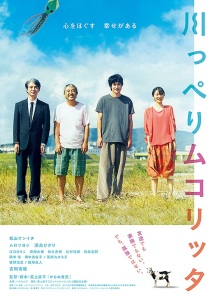 Naoko Ogigami of Rent-a-cat and Close Knit works with Kenichi Matsuyama (Detroit Metal City) and Hikari Mitsushima (Sawako Decides) to bring to life one of her novels.

Apparently, the “Mukolitta” in the title is derived from “Muhurta”, a Sanskrit word that is a term for one of the Buddhist units of time (1/30th of a day = 48 minutes),. In effect, it means “a little happiness.”

Synopsis: Yamada, an ex-convict, moves to a small village in the Hokuriku region where he begins to work at a small factory which makes shiokara, a salted fish paste. His digs is a 50-year-old apartment that is cheap to live in and full of misfits. Yamada hopes to live quietly and start afresh but his neighbours have other ideas about the quiet part, one in particular, Kozo, who insists on using Yamada’s bath. Friendship is on the horizon for Yamada as the other residents and his landlady Shiori make an impact on him but he still has his secret background… 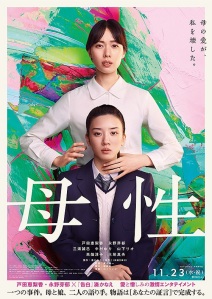 Ryuichi Hiroki (Your Friends) works on a movie adaptation of a Kanae Minato novel. She’s famous for Confessions, Penance, and The Snow White Murder Case. The cast is led by Erika Toda (SPEC) and Mei Nagano (Parks) who play a mother and daughter caught up in a difficult relationship and a nasty mystery that looks like it plays on unreliable narrators and different perspectives – something Minato loves utilising – as it calls into question whether something like love between family members is natural or always present.

Synopsis: High school girl Sayaka (Mei Nagano) and her mother Rumiko (Erika Toda) look like a stable family from the outside but when Sayaka dies and the reason is unclear – was it suicide or an accident??? – the truth begins to be revealed. Such revelations come about since the story is told from both the perspective of Rumiko and Sayaka and so Motherhood recounts the same events differently so that we get a sad tale of a family where love is absent… 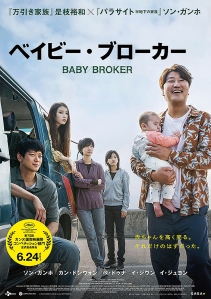 Kore-eda (After the Storm, Still Walking, I Wish) continues working outside of the Japanese film industry with this film shot in Korea and starring a Korean cast. He reunites with Bae Doo-na, a veteran of Japanese films like Kore-eda’s own Air Doll (2009). She has had an incredible career in… Korea and is working alongside another top talent in Song Kang-ho, her co-star in Sympathy for Mr. Vengeance (2002) and The Host (2006). Also on the roster is Lee Joo-young (Maggie) and Gang Dong-won (Duelist).

This film played at Cannes where it was awarded Prize of the Ecumenical Jury and Song Kang-ho won Best Actor. 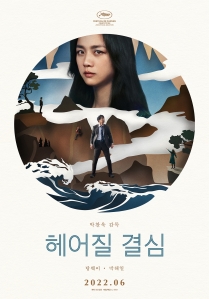 Park Chan-wook is a familiar face at Cannes with Grand Prix winner Oldboy (2003), Thirst (2009), and The Handmaiden (2016) all received their world-premieres at the event. This one is a neo-noir starring Tang Wei (Lust, Caution) and Park Hae-il (War of the Arrows).

This one made the list because it won Best Director for Park Chan-wook at the Cannes Film Festival and it is Korea’s entry in the International Feature Film section of the Academy Awards. 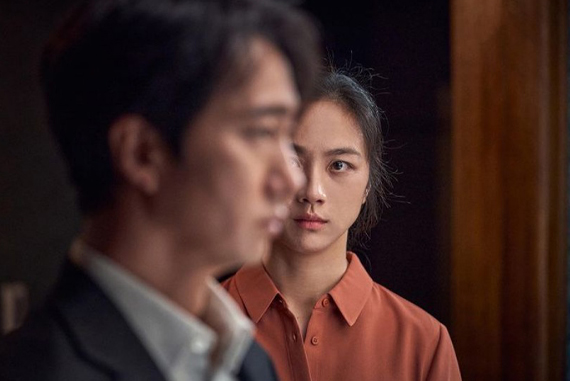 Synopsis: Detective Hae-Joon (Park Hae-Il) investigates the case of a man falling from a mountain peak to his death. The man’s wife, Seo-Rae (Tang Wei), becomes a suspect.

There’s also the latest Hong Sang-soo – The Novelist’s Film. Make of that what you will.

Here’s my coverage of Vancouver from previous years: