I hope you are feeling fine.

This is the second part of the trailer post. The first part is here.

I’m still not feeling good and as a result I’ve limited screen time. I did find time to talk about the film Raise the Red Lantern (1991) on Heroic Purgatory and I watched:

I also posted a review of the horror short SWALLOW and an interview with its director, Mai Nakanishi.

The Hound of the Baskervilles: Sherlock the Movie

Synopsis: Another movie continuation of a TV series. This one adapts Arthur Conan Doyle’s classic detective novel series “Sherlock Holmes,” this one inspired by “The Hound of the Baskervilles.” Homare Shishio (Dean Fujioka) is a detective working with psychiatrist Junichi Wakamiya (Takanori Iwata) head to a mysterious island in the Seto Inland Sea where they find a strange-looking Western-style house, the inhabitants of which are members of a brilliant family who are plagued by a curse that sees them hounded by an evil dog… 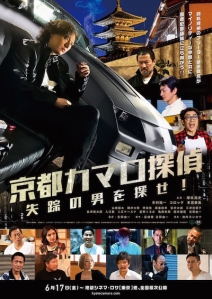 Based on an urban legend!

Synopsis from JFDB: Maro Kamata, a self-proclaimed “private detective,” is a freelancer whose only pride is his favorite car, a Camaro. He spends his days with a low self-esteem, when he receives a request from his favorite girl from a hostess club to find her missing father! With the support of his friends, a self-proclaimed martial artist and a genius hacker, he tries to get to the heart of the matter, but an unbelievable turn of events awaits him…?

To Somewhere Other than Here

Synopsis: Due to the Covid-19 pandemic, Hikaru’s mother has forbade her to leave their house. In contrast, Minao is troubled by her mother’s daily drinking and has no place to stay. When Hikaru runs away from home, the pair encounter each other and take an aimless walk through the night… 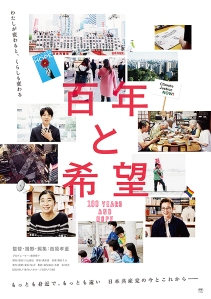 Based on an urban legend!

Synopsis: Takashi Nishihara of Sisterhood fame has been filming social movements since the 2000s and comes with a documentary covering the current state of the Japanese Communist Party as it approaches the 100th anniversary of its founding – July 15, 2022 – the 100 Years. The documentary shows how they are getting on in the Tokyo Metropolitan Assembly and the House of Representatives elections, gets perspectives from old party members and younger ones, and shows the editorial department of the Communist Party newspaper. Through this, we get some of the hopes for change in Japan where the Liberal Democratic Party, which promotes neoliberalism, has long been in power and run the country into its present crises.

Synopsis: A dark fantasy where the titular Makhaliss is a ruthless god of death who has a change of heart when he meets Satsuki, a girl in bad condition who feels guilty about the pain her mother feels. He begins to understand the emotion of “love”.

Synopsis from ANN: Phantom Thief Queen is a person who can steal anything they desire. Their gender, age, and nationality are unknown. Together with their partners Joker and RD, they fly around the world in their airship. Now, Queen has their eyes set on a cursed jewel: the legendary “Rose of Linden.” However, there is an unexpected incident, and a mysterious circus troupe steals the jewel before Queen can. Queen will challenge the various members of the troupe, including a hypnotist, a magician, and an acrobat, in order to take back the jewel. For nothing is impossible for Queen.