The 2022 edition of the Rotterdam International Film Festival will take place ONLINE from January 26th to February 06th. This is the 51st edition of the fest and it has been forced to go online with a reduced programme due to the short space of time between the end of Covid-19 lockdown measures and the start date.

Check out this page for more details.

There are three Japanese films programmed:

Having previous played at Skip City, Battlecry makes its way to IFFR. It is a CG anime that was almost entirely made solo by director Yanakaya. His cel shaded world has been compared to a 90s computer game with their “rough shapes and shadows and bright colours.” It is set in an alternate 1980s Japan and features architecture that reminds viewers of Hong Kong. Kind of a Ghost in the Shell mash-up?

Synopsis: Haya is an agent sent by the World Bank to Japan to investigate a mysterious new drug called Golden Monkey. This substance gives users massive amounts of energy but also changes them into shadow monsters – the perfect cannon fodder for fighting wars. Soji, a soldier on leave with a troubled past, is contacted by Haya and shares a desire to rescue Japan from its decline. The two begin an investigation…

Juichiro Yamasaki, writer and director of Sanchu Uprising, is back with another film, this one shot on 16mm and set in his hometown of Maniwa. Thanks to the local mines, it has a multicultural mix of migrant workers, which adds an interesting angle to a story of confrontations. 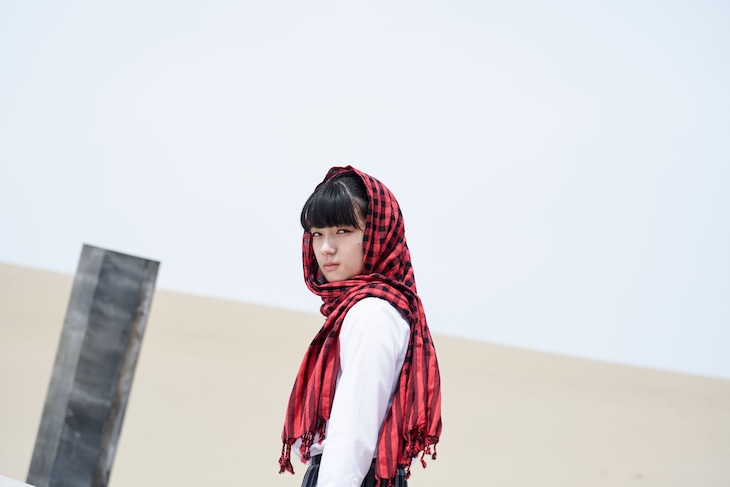 Synopsis: Chang-su used to be an equestrian athlete for South Korea’s national team but gave up his dream and now lives with Minami and her infant daughter while he toils away at a quarry in the rural town of Maniwa in western Japan for work. Yamabuki, the teenage daughter of a policeman, is staging silent protests around the town. She influences Chang-su and others as her efforts reveal the frustration and loneliness bubbling away under the surface of the town. Once given a voice, people begin to connect with people.

Synopsis: The third and final instalment of the popular manga adaptation which sees undercover cop Reiji Kikukawa (Toma Ikuta) act as a mole in the Sukiyaki crime syndicate. His mission is to capture the head honcho, Shuho Todoroki, and prevent the smuggling of 600 billion yen of drugs. What this entails is getting on a luxury cruise ship and facing Shuho’s ultra-scary son Ritsuo and going up against a mysterious beauty, all while trying to keep his girlfriend happy! For his mission, he gets on luxury passenger ship and he faces his strongest enemy to date.