The Vancouver International Film Festival 2021 (VIFF) runs from October 01st to October 11th and there are five feature films which will be screened in cinemas.

END_OF_DOCUMENT_TOKEN_TO_BE_REPLACED

This year’s London Film Festival runs from October 06th to the 17th and it is partially online, partially in-theatre. Viewers across the UK will be able to access a selection of films in some regional cinemas which have partnered with the fest to screen some of the films.

After last year’s London Film Festival having a paltry single Japanese title in its line-up – this when 2020 was the year that the BFI was going all in on its Japanese movie coverage – 2021 looks a lot better. While they don’t get the Tokyo Olympics bounce, they have re-initiated their Japan Season and cherrypicked a handful of key titles that have already.

END_OF_DOCUMENT_TOKEN_TO_BE_REPLACED

The London East Asian Film Festival announced its programme last week and there are more Japanese films in the running than last year. The fest runs from October 21st to October 31st. Here are the details on the one Japanese film programmed:

END_OF_DOCUMENT_TOKEN_TO_BE_REPLACED

This is the second in a two-part trailer post (you an find the first part here). This week, I published interviews with Kazuya Shiraishi (Last of the Wolves) and Mayu Nakamura (Among Four of Us). I’ll do my annual London Film Festival and London East Asian Film Festival previews next week. Before then, I have a Heroic Purgatory podcast recording to do and it covers Fruit Chan’s Made in Hong Kong.

I’m struggling for the enthusiasm to make myself go to a cinema. The last time I was in a cinema (or a restaurant, for that matter) was my Japan 2020 trip. I almost went to see James Wan’s Malignant, but put it off. The London Film Festival is teaming up with regional arthouse cinemas to screen a selection of films and Drive My Car, directed by Ryusuke Hamaguchi, is one of them. I might see that at my local arthouse cinema.

To be honest, I am more interested in 80s horror online. I spent most of last year watching that type of movie and I was thinking about continuing it as part of the 31 Days of Halloween challenge. There are many Italian horror movies I want to cover!

END_OF_DOCUMENT_TOKEN_TO_BE_REPLACED

This is the first of a two-part trailer post. Image from CURE by Kiyoshi Kurosawa (one of my all-time favourite films!).

What are some of the films that are released this weekend?

END_OF_DOCUMENT_TOKEN_TO_BE_REPLACED

Mayu Nakamura’s film Among Four of Us may only last 20 minutes but it makes a deep impact. A conversation piece involving three friends reuniting during the COVID-19 pandemic, it focuses on their fractious interpersonal history from college drama club and a mercurial fourth figure who had a major impact on them. As they catch up, wistful memories mix together with regrets and admissions of betrayal to end on an overwhelming note of melancholy. It is a mature and delicate work that, thanks to Nakamura’s writing and a trio of tight performances, is suffused with meaning. Made during the COVID-19 pandemic, it cleverly weaves the atmosphere and restrictions of the time into the narrative to create a sympathetic and very dramatic film. Nakamura’s background shows why.

A filmmaker who earned an MFA from the Graduate Film Program at New York University, Nakamura has made documentaries and features for both film and TV. Her debut feature, The Summer of Stickleback (2006), premiered in competition at the Busan International Film Festival while her documentary Lonely Swallows–Living as the Children of Migrant Workers (2012) won the Grand Prix in Documentary Features at the Brazilian Film Festival. One long-term project she is working on is the documentary Alone in Fukushima which tracks a man who remained behind in a small town to look after cattle located in a nuclear no-man’s land.

Nakamura kindly took the time out of her busy schedule to take part in an interview where she explained the origins of the story, her influences, and how she and a small cast and crew filmed it. This interview was originally connected to the screening of the film as part of the Osaka Asian Film Festival 2021, where it won the Japan Cuts Award Special Mention. Its posting coincides with its streaming availability as part of JAPAN CUTS. My thanks go out to the filmmaker and the organizers who made this conversation happen.

END_OF_DOCUMENT_TOKEN_TO_BE_REPLACED

All bets were off with Last of the Wolves. It was the highly anticipated sequel to The Blood of Wolves, a gangster epic that was a throwback to Kinji Fukasaku’s Battles Without Honor and Humanity series what with its yakuza politics, police corruption, and fearless depiction of brutal violence. This crime world is based on the critically-acclaimed novels of Yuko Yuzuki so there is a lot of material to work with but with a number of major characters dead or locked up in the slammer, just where would the sequel go? To the younger generation as yakuza wars heated up in Hiroshima Prefecture!

This is the latest work by Kazuya Shiraishi (The Devil’s Path, Twisted Justice, One Night, Dawn of the Felines). He has a knack for filming edge-of-your-seat crime thrillers and Last of the Wolves managed to do justice to the first film and take things to the very next level thanks to two intensely physical performances, one from the intimidating presence of Ryohei Suzuki who plays a murderous yakuza thug, the other from Tori Matsuzaka who is wilier than a fox as a cop dodging death while double-dealing with gangsters. Director Kazuya Shiraishi explained more about the film, what drew him into the project, the talents that Suzuki and Matsuzaka have, and more in this interview done as part of the New York Asian Film Festival 2021.

This interview was done with the help of Takako Pocklington, who translated my questions, Koichi Mori of the New York Asian Film Festival, who set up the interview and translated the answers, and also the film festival staff who pulled off an excellet NYAFF 2021! Many thanks go out to them and, of course, to Kazuya Shiraishi who participated!

END_OF_DOCUMENT_TOKEN_TO_BE_REPLACED

This is the second part of the trailer post. You can find the first part here.

END_OF_DOCUMENT_TOKEN_TO_BE_REPLACED

This is the first of a two-part trailer post. I’m a bit slow at doing things but steadily knocking down targets. I finished my review of Double Layered Town / Making a Song to Replace Our Positions and that was posted on V-Cinema. As for this blog, I posted about the line-up of the 2021 edition of the Kanazawa Film Fest and I posted my review of To Sleep so as to Dream.

END_OF_DOCUMENT_TOKEN_TO_BE_REPLACED

The Kanazawa Film Festival 2021 will take place this year from September 18th (Saturday) to the 20th (Monday) at 21st Century Museum of Contemporary Art, Kanazawa, Theatre 21. There are different sections but the one I am focussing on is dedicated to New Directors. 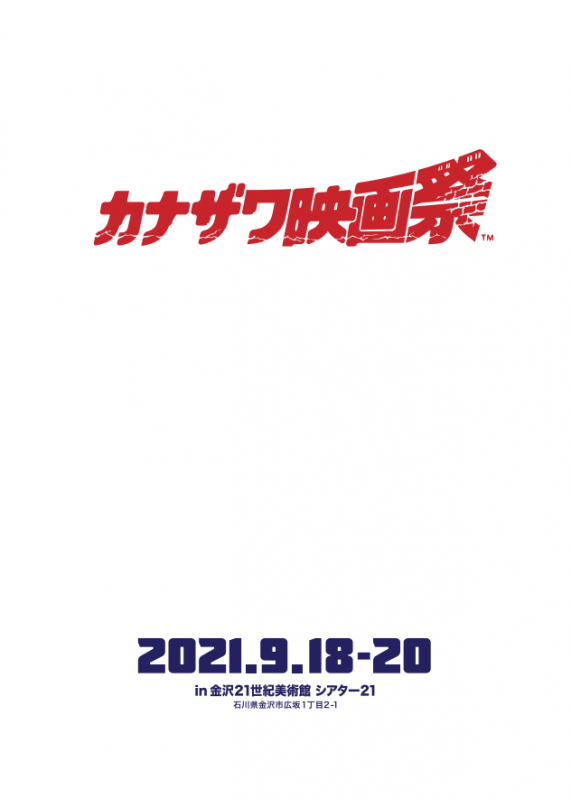 In the New Directors section, there are 11 films which were selected from 83 submissions. Each of the films is new and so they were done during the Coronavirus pandemic. The winner of the Grand Prix “Promising New Director Award” will receive 2 million yen to support his or her next film.

I hope you and I get some use out of this information and from the images, all of which have been taken from the film festival’s website: