Getting its world premiere in the Indie Forum section at Osaka Asian Film Festival 2021, Green Jail sees Okinawa-based Taiwanese documentarian Huang Yin-yu continue to trace the flow of people between Taiwan and Japan by using personal stories to illustrate a wider historical picture.

In some ways, it bears a strong resemblance to his 2016 work After Spring, the Tamaki Family in that it touches upon issues of immigration and discrimination, and it also features an elderly woman as the central figure but the tone in Green Jail is markedly different due to the tragic history it uncovers.

END_OF_DOCUMENT_TOKEN_TO_BE_REPLACED

The Osaka Asian Film Festival has a number of sidebars and one of the more exciting is dedicated to works supported by the Housen Cultural Foundation, a funding body that provides support to students at the graduate school level. It is here that you will get challenging, deeply personal, or experimental works from a new generation of voices. This year’s crop of titles were all particularly involving and unique. One film that really spoke to me was Gotō-san from writer/director Hiroshi Gokan which struck at the heart of the uncertainty of our age.

Gotō-san is the story of a young man who has chosen to pursue an unconventional life. The titular character, Gotō (Hirofumi Suzuki 鈴木浩文), lives and works in a 24-hour internet café in Tokyo. He seems to have struck the jackpot when it comes to leading a laidback lifestyle and he even gets into a romance with a fellow internet café resident, a young woman named Riko (Tomomi Fukikoshi 吹越ともみ). Beneath this quirky narrative, director Gokan subtly shows trouble brewing in the background with glimpses of a deteriorating jobs market and the Covid-19 pandemic rearing their head until they eventually turf Gotō out into the harsh reality of life. It’s a breath-takingly bleak series of unfortunate events that radically alter the narrative and causes our lead character’s lifestyle to unravel.

You can read my review here, but I felt that Hiroshi Gokan made an astute assessment of the fragility of society that worked because it used an offbeat set-up and characters to take in many socio-economic details without belabouring any points.

So, who is the director? Hiroshi Gokan earned a Master’s in directing at the Graduate School of Film 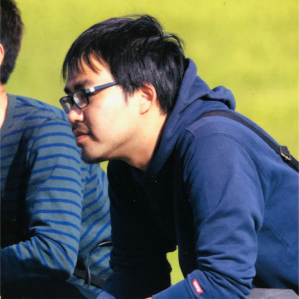 and New Media, Tokyo University of the Arts. Teto, his first feature and graduation project, starred Sakura Ando. His 2012 short Aohige was a co-production between Tokyo University of the Arts and Korean Academy of Film Arts. He has worked on making-of videos for directors such as Kiyoshi Kurosawa, Masayuki Suo and Shinobu Yaguchi. He generously participated in an email interview where he provided a lot of answers that revealed why he cast lead actors Hirofumi Suzuki and Tomomi Fukikoshi, how he created the space of the internet café, and also his stance on weaving real-life into his stories and the impact of Covid-19 on the production.

This interview was done with the invaluable help of Takako Pocklington who translated between English and Japanese.

END_OF_DOCUMENT_TOKEN_TO_BE_REPLACED

This is the follow-up post to yesterday’s. Since I posted it, I watched a couple of Wong Kar-Wai films and more episodes of the anime adaptation of Blade of the Immortal.

END_OF_DOCUMENT_TOKEN_TO_BE_REPLACED

I took some time out this week to do other stuff, so there were no posts. I’ve skipped straight to the trailers. In viewing news, I’ve re-watched a number of Wong Kar-Wai films and also started watching the anime adaptation of Blade of the Immortal. Also, the Heroic Purgatory podcast episode covering Shohei Imamura’s The Eel has gone live.