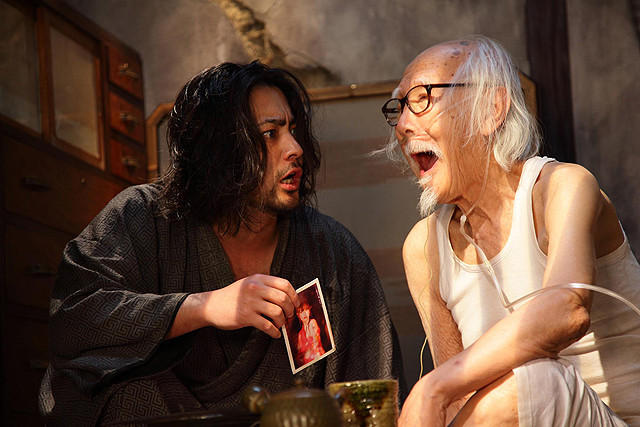 I have been back in work on the regular this week but, despite that, I managed to get some writing done. I’m covering some titles at the New York Asian Film Festival. I covered the Toronto International Film Festival and L’Etrange Festival (a post I enjoyed writing) and I have a few more things planned. In terms of films that I watched, Jackie Chan featured heavily with Police Story 1 and 2 and The Protector. I am struggling to read The Bonfire of the Vanities but storming through the game Front Mission 3. 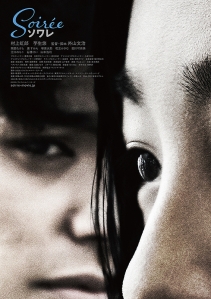 This sounds like it could be a powerful drama that looks at the suffering of the younger generation in a society that crushes people’s spirits. It stars two young talents who are making waves, Nijiro Murakami (The Gun, Destruction Babies) and Haruka Imou (Sayounara).

Synopsis: Shota Iwamatsu (Nijiro Murakami) is a young man who left Wakayama to go to Tokyo to become an actor but he is struggling and forced to make ends meet with his acting skills as part of scams. He is in a theatre troupe but his time there is pretty tough due to a merciless director. When that troupe heads to Wakayama to conduct an acting workshop at a nursing home for the elderly, Shota meets a young woman who works there named Takara Yamashita (Haruka Imou) who is suffering abuse at the hands of a man. The two encounter him on their way to a summer festival and an incident happens… 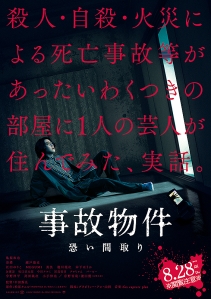 Synopsis: Yamame (Kazuya Kamenashi) and his partner Nakai (Koji Seto) are a struggling manzai act desperately searching for some route to fame. When Nakai suggests that Yamame make a programme where he stays at a “stigmatized property where a murder took place,” the depressed Yamame goes along with things and… something supernatural happens! It proves to be a hit for a television producer who wants more encounters of the spooky kind. Looking to capitalise on this, the two guys hire one of their few fans, a woman named Azusa (Nao) who can actually see ghosts and work with a dodgy real-estate agent who specialises in stigmatized properties to let them into places which have increasingly scarier ghosts… 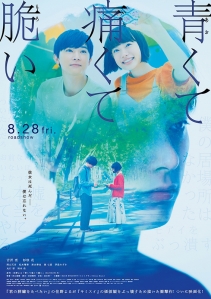 Synopsis: Kaede Tabata (Ryo Yoshizawa) and Hisano Akiyoshi (Hana Sugisaki) are both university students who struggle to interact with people, however, with each other, despite their different personalities, they are fine. They are also united by a shared desire to change the world so they create a secret club they call Moai to make things better. However, one day, Hisano disappears from “this world” and Kaede is left behind to carry on. Moai proves to become popular with other students and turns into a job-hunting group which people use to network and get jobs with companies. The more popular it gets, the more Kaede becomes disillusioned as it drifts away from his and Hisano’s original idea and so he initiates the “Recapture Moai Plan” with his best friend… 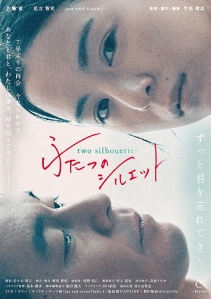 Synopsis: Former lovers Keiya and Kanae meet at a restaurant by the sea for the first time in seven years. This was the last place that they visited together. Since then, Keiya, got married and started a family while Kanae moved on to a new job and her current partner has proposed to her. During their reunion, the two talk about the present, past, and future. Eventually, the two will start a timeless conversation with their current partners. 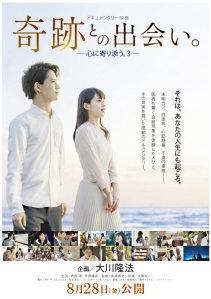 Synopsis: The third in a series of documentary films where actress Rin Kijima acts as a guide. Following on from the first volume, which deals with people who face difficulties such as bullying and disabilities, and the second volume, which explores the meaning of “living” through the interaction between seniors and young people, this time the film asks “What is a miracle?” It tries to answer this by interviewing people who experienced a miracle whilst enduring tremendous hardships. These include men who have been declared terminally ill with cancer, women who have been suffered serious physical injury. 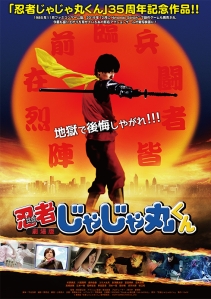 This one has its roots in crowdfunding, as shown by the fact that the only trailer I could find was from Motion Gallery (the Japanese equivalent of Kickstarter). Based on the same-name video game which was first made in 1985.

Synopsis: The ninja Jajamaru moves to Akihabara with his brother and get mixed up with yakuza. Jajamaru falls for the daughter of the group, Sakura but she is taken hostage by a figure from Jajamaru’s past life in the ninja village he comes from…

No trailer or poster

Synopsis: The 6-member rock band “UVERworld” celebrate the 20th anniversary of their formation in 2020. They celebrated the 15th anniversary of their debut in a concert on December 19th at Tokyo Dome with a live performance for a male-only crowd. 45,000 guys watched the concert and now it’s on cinema screens in select theatres for everyone to watch.