The Day of Destruction

Released on July 24th, what would have been the opening day of the Tokyo 2020 Olympics, The Day of Destruction would have been a slice of counter-programming that rages against the ills of society while it basked in the aura of Olympic spectacle. Even in the absence of the games, the film still retains its power as a unique “state of the nation” address thanks to its director compiling issues into a unique story.

Toshiaki Toyoda has long made films about people on the fringes and struggling to find their way, criticising the state and its treatment of citizens. He himself has been subject to violations of his rights when he was arrested on suspicion of possessing a firearm and held without charge. It later turned out to be a family heirloom from World War II but the police turned it into a media spectacle. Japan continues to be rocked by numerous government corruption scandals, incompetent handling of Covid-19, and the silencing of political dissent by the increasingly fascistic LDP. It must feel that the country is on the highway to disaster and this film picks up on that sense of impending doom.

END_OF_DOCUMENT_TOKEN_TO_BE_REPLACED

“No man is a failure who has friends”

Welcome to the friendship between Kinta and Ginji, the titular duo of an indie film written, edited, scored, performed, and co-directed by Takuya Dairiki and Takashi Miura. Friends since childhood, for their 12th film together these native sons of Osaka have concocted a warmhearted and whimsical experience that you probably won’t see outside of a film festival but it bears the charms of a well-worn friendship.

Kinta & Ginji follows the daily lives of Kinta, a raccoon who wears a red cap, and Ginji, a boxy robot with a shiny silver sheen. They are played by the directors, in their simple self-made costumes, and they are portrayed living in an unremarkable forest where they spend their time chatting with the comedic patter of Kansai dialect which we hear in winding conversations as the two wend their way through the woods. This wryly funny buddy movie doesn’t really have any structure to it other than most scenes have circular conversations and some conversations are iterative as they get circled back to later during the friend’s perambulations.

END_OF_DOCUMENT_TOKEN_TO_BE_REPLACED

Recently, I’ve been watching lots of non Japanese films with lashing of 70s, 80s and 90s horror movies (Slumber Party Massacre trilogy, some David Cronenberg stuff) and some German films by Werner Herzog. Also catching up on or re-experiencing Hollywood movies I have seen like Inception and The Cabin in the Woods, thanks to Amazon Prime. I did watch The Day of Destruction by Toshiaki Toyoda as part of Japan Cuts 2020.

Definitely dug “The Day of Destruction” by @toyodatoshiaki. It's stylishly filmed and acted, has awesome music by GEZAN and feels relevant for our age as it gives a heartfelt call to action to change the world. It’s still available as part of #JAPANCUTS

Later today will be the Kotatsu Japanese Animation Festival showcase of films by women. I’ll be helping to moderate the chat. This week I posted my reviews for It Feels So Good (2019) and Sacrifice (2019), both of which are playing at Japan Cuts 2020. I’ll be finishing up reviews for that next week.

END_OF_DOCUMENT_TOKEN_TO_BE_REPLACED

It Feels So Good

The story is simple. Two 30-something friends meet in Akita on the eve of one’s wedding and they rekindle the flames of passion they shared for each other when they were younger. An agreed one night stand becomes five nights of sex and, in the moments between intercourse, they confess their less than stellar present lives and rake over their history to find some way to face an uncertain future.

END_OF_DOCUMENT_TOKEN_TO_BE_REPLACED

Following working with with Makoto Shinozaki on 3.11 psychology/premonition drama Sharing and Kiyoshi Kurosawa on haunting ghost story Journey to the Shore, Taku Tsuboi made his directorial debut with Sacrifice as part of his work at Rikkyo University. He draws upon the aforementioned films and uses a murder mystery narrative mixed with a doomsday cult context to make an interesting low-key thriller that is heavy on contemplation as three teens ponder their place in the world while dark forces swirl on the edge of their reality.

We are first introduced to Midori (Michiko Gomi), a young woman who once belonged to a cult named Shio no kai (Golden Wave) when she was a child. She predicted the Great East Japan Earthquake while she was a member but escaped their clutches and is now a university student keeping a low profile lest the cult’s followers find and kidnap her for her much coveted powers of premonition. However, when a serial cat killer near the campus graduates to offing a student, Midori is reluctantly drawn to the case. Already investigating is a pretty, and pretty deceitful, student named Toko (Miki Handa) who seeks to enliven her dull reality by toying with the person she suspects is the culprit, her seemingly affable classmate Okita (Yuzu Aoki) who might be hiding a dark side behind his nice smile. All the while, graduation looms and the violence of the adult world and natural disasters presses upon the three.

END_OF_DOCUMENT_TOKEN_TO_BE_REPLACED

Welcome to the weekend… 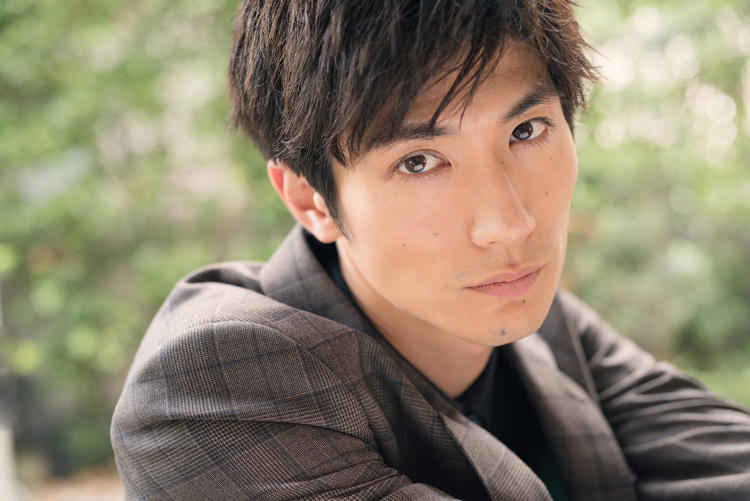 We start off with the tragic news of the passing of Haruma Miura who has died in what appears to be an act of suicide. This has been a shock that has reverberated around the world since he was steadily working in dramas and films, some of which will air later this year and next, and he was quite popular. Whatever the reasons, let us hope he has found peace.

Earlier this week, I posted a review of Kontora and an interview with its director, Anshul Chauhan, and Japan Cuts 2020 (preview) started so a whole bunch of reviews I worked on were posted on V-Cinema and I am currently writing one.

END_OF_DOCUMENT_TOKEN_TO_BE_REPLACED

My final interview at this year’s Osaka Asian Film Festival (OAFF) was with director Anshul Chauhan. We had first met at OAFF 2018 when he participated an interview following the Japanese premiere of his debut feature Bad Poetry Tokyo. This year, he was back with his sophomore feature Kontora, which came to Osaka after having won the Grand Prix for the best film and the award for Best Music (for composer Yuma Koda) at the Tallinn Black Nights Film Festival a few months earlier.

Kontora was one of the stand-outs of OAFF 2020. Majestically shot in black and white, it’s bursting with feelings of discontent felt by the main character, high school girl Sora (Wan Marui). Drifting away from her distant father (Taichi Yamada) and living in a dull town, she finds hope in her recently deceased grandfather’s wartime diary after her beloved relative passes away as she finds clues to some “treasure” buried in a forest. Just as a treasure hunt starts, a mysterious vagrant (Hidemasa Mase) appears in town. Mute and walking backwards, he is a strange sight but his presence forces a change in the relationship between daughter and father. A strange family drama unfolds with a tone halfway between elegiac and angry with a sheen of mystery and history linked to the “treasure” and family dynamics that rope in a greedy uncle (Takuzo Shimizu) and a cousin named Haru (Seira Kojima).

Chauhan and his wife, the film’s producer Mina Moteki, sat down to talk about the film and explain more about its creation, the work put in by the actors and his wider film career. This interview was first conducted at the Osaka Asian Film Festival and then via email and has been edited for length.

END_OF_DOCUMENT_TOKEN_TO_BE_REPLACED

A lonely teenage girl enduring adolescent turmoil amidst a fractured family’s feud, finds the arrival of a mysterious mute man in her small town allows her to communicate with others. This is the story for Anshul Chauhan’s sophomore feature following his woman-on-the-verge-of-a-breakdown indie drama Bad Poetry Tokyo (2017). Kontora has different atmospherics thanks to its look, raw performance of its lead actress, its generation-spanning story and its touch of the supernatural, so that this film stands distinct from what is normally churned out in Japan in its depiction of contemporary girlhood.

END_OF_DOCUMENT_TOKEN_TO_BE_REPLACED

I hope you are well!

Well, I’ve managed to regain my concentration after a couple of months of it going astray and so, this week, I watched a few Japanese films that will be screened at Japan Cuts 2020 and finished off editing two of my interviews from the Osaka Asian Film Festival 2020 with one involving Anshul Chauhan for Kontora (here’s the link) and one with the creative team behind Bleached Bones Avenue which I published. I also posted reviews for Bleached Bones Avenue and Hammock. I also published my preview piece on Japan Cuts 2020.

END_OF_DOCUMENT_TOKEN_TO_BE_REPLACED

From July 17th – 30th, Japan Cuts will launch for its 2020 edition which is going to be an entirely online experience. There are 30 features and 12 shorts that will be shown across 14 days with filmmaker video introductions, live virtual Q&As and panel discussions for audiences across the entire United States (yes, this fest is geo-locked, much like the upcoming Fantasia festival).

The selection is, as ever, good as it covers indies and mainstreamers, features and shorts, anime and live-action and all covering a diverse array of subjects. I’ve covered all of these in other festival posts and seen quite a few and will be plugging my own reviews and interviews in this highlight post which has been split up into the following sections, all of which, I hope will help people decide what they want to see: