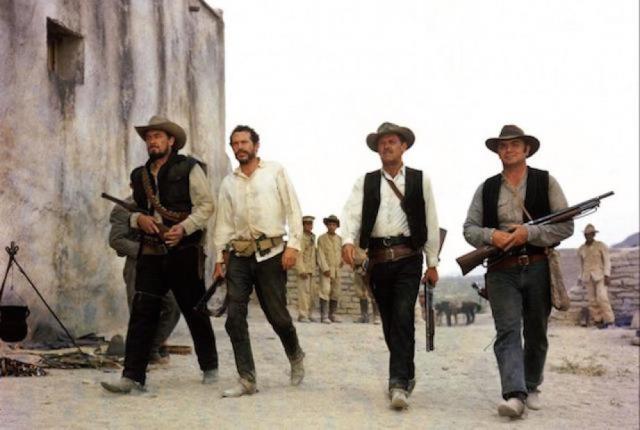 I hope you are all well

A much better weekend of films than we have seen in a long time, mostly because of Miike and an interesting mix of documentaries rather than the usual over-reliance on TV spin-offs and anime. I recently watched a mix of films – Samurai Shifters (cute), The Wild Bunch (awesome), Blow Up (not a murder mystery, go watch Deep Red for that) and Vanishing Point. I’ll watch 1917 at some point. 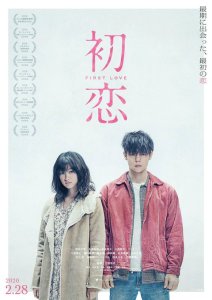 There cast actors are late-stage Miike film regulars including Masataka Kubota, who worked with Miike on 13 Assassins (2010), Nao Omori, the titular Ichi in Miike’s classic Ichi the Killer (2001), Shota Sometani, who appeared in Miike’s As the God’s Will (2014) and Lesson of the Evil (2013). Forget those recent films, from the details and the trailer this one looks to harken back to his late 90s/early 2000s output of the man. Here is the trailer and some extracts:

Synopsis: Leo (Masataka Kubota) is a boxer whose career and life have hit the 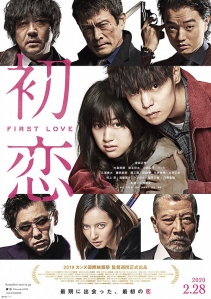 rocks. Losing fights and with a developing brain tumour, he is almost out for the count but then he meets his ‘first love’ Monica, a call-girl and an addict who is unwittingly caught up in a drug-smuggling scheme. Fate places them at the centre of a night-long chase where the two are pursued by a corrupt cop, a yakuza, his nemesis, and a female assassin sent by the Chinese Triads. 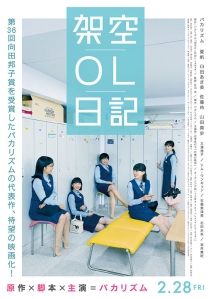 Synopsis: Bakarhythm spent three years writing a blog impersonating a woman who works in a bank. He takes the lead role in this movie adaptation where he performs the work routine with fellow bank workers who are all played by top of the line actresses.

Synopsis: An omnibus love story set in Okazaki City, Aichi Prefecture. Four stories with a bridging drama to connect everything together.

Synopsis: Franz Kafka finds his doom-laden self living in Tokyo in 2019 and struggling to get through his everyday life which is full of despair.

Synopsis: The worlds of animal and human clash when a playful fox named Gon steals an eel caught by a villager named Hyojyu for his sickly mother. When Hyojyu’s mother dies, Gon feels regret and starts leaving gifts for Hyojyu around the village in an attempt to atone for his mistake. I saw this film at last year’s Kotatsu Japanese Animation Festival and interviewed the director. It is very beautiful and haunting with lots of natural materials used for the sets and puppets which are carved out of wood.

Synopsis: High schoolers Sougo and Geiz are working hard to achieve their dreams while trying to impress a girl named Tsukuyomi. Things get disrupted when, one day, Geiz is killed in a mysterious accident and comes back having been forced to become Kamen Rider Geiz and he has to figure out an evil plot. 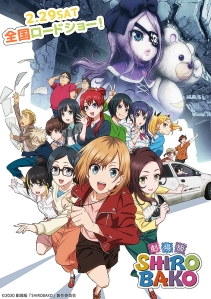 Synopsis: The folks at Musashino Animation find themselves thrown into production chaos when their original project, Time Hippopotamus, gets cancelled and a new original anime film, Aerial Assault Landing Ship Siva) gets added to their production. 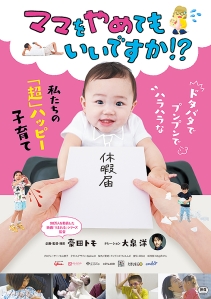 Synopsis: The stresses and joys of motherhood are explored through looking at the lives of women in various situations, from divorce to postpartum depression, and struggling with the bad behaviour of certain children. Expect commentary from healthcare professionals, as well.

Synopsis: A limited screening of a recorded live performance at Hibiya Open-Air Concert Hall performed on September 28, 2019 by the rock band Eastern Youth. It is the band’s first video work in about 10 years. 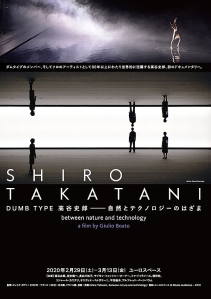 Synopsis: Shiro Takatani is a Japanese artist, and he is the co-founder, visual creator and artistic director of the group Dumb Type. He is explored in this biographical documentary which focuses on his collaboration with the composer Ryuichi Sakamoto which started in 1999. 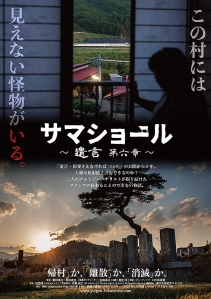 Synopsis: Photojournalists Naomi Toyoda and Masaya Noda have recorded the situation of Fukushima prefecture ever since it was hit by the nuclear meltdown following the Great East Japan Earthquake. This is “Chapter 6” in their work following different communities in the prefecture where all of the residents were evacuated due to radioactive contamination. After the evacuation order was lifted, people who had lived in a temporary housing face the decision whether to return to their hometown or not. A group travel to Chernobyl, 30 years after the nuclear accident, and learn of the Ukrainian word for returnee, “Samashoru” from people who live close by the original nuclear nightmare.

Synopsis: A town in the northern Kanto region. Yukina (Eri Kamataki from The Forest of Love) is an escort who lives with her mother Taeko and brother-in-law, Minoru ( Rairu Sugita ). She was sexually abused by her father-in-law Tatsuo (Jun Murakami), a violent man who put her and her mother through hell. The club where she works is run by a gambling-addict named Sadao (Yota Kawase from The Kamagasaki Cauldron War) whose own son Yoichi is being bullied. Minoru and Yoichi were once firm friends who go to the same junior high school but Minoru’s friends are the ones picking on Yoichi., Around this time, Minoru picks up a card connected to Yukina’s work and wonders if she is being bullied like Yoichi…