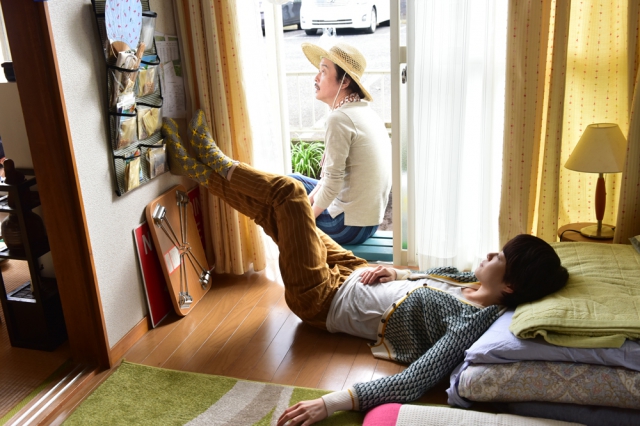 I have the weekend off work so I’m happy. This week, I’ve been focusing more on movies with prep work for a lot of reviews and actually watching films. I also went to see 1917 after work with some colleagues.

Lisa (The Pinkie, Haruko’s Paranormal Laboratory) Takeba ventures from the indie movie realm to helm this adaptation of a death game manga and her screenwriter is an experienced hand at adaptations, Yusuke Watanabe (The Fable, Gantz, 20th Century Boys).

Synopsis: Rena Kashimura (Kanna Hashimoto) and her fellow classmates are hypnotised by their teacher. When they come to, they learn that there are 100 signals that can trigger them commit suicide. The signals could be any ordinary behaviour like crying and laughing. Rena Kashimura and the other kids have to find a way to avoid dying before times runs out… 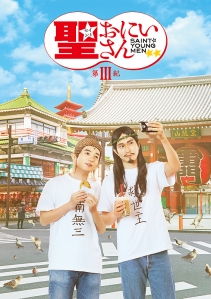 The live-action adaptation of Hikaru Nakamura’s popular manga Saint Young Men gets a third movie instalment executive produced by Takayuki Yamada (actor in 13 Assassins). It stars, Kenichi Matsuyama (Shindo, Detroit Metal City) and Shota Sometani (Himizu) who play Jesus and Buddha respectively. The manga has already been subject to an anime movie adaptation and now has a couple of live-action NHK TV series.

Synopsis: In this slice-of-super-saintly-life comedy, the dynamic duo, who share a room in Tachikawa, Tokyo, go to Akihabara, a sacred place for otaku and somewhere “computer-geek” Jesus has always wanted to visit. Miracles happen and comedy ensues.

The Phone of the Wind

The review for this one at the Japan Times website makes the drama sound powerful. It has been selected for this year’s Berlinale so expect to see it travel around the world.

Synopsis: Haru is 17 years old and has lived in Hiroshima with her aunt ever since losing her family in the Great East Japan Earthquake. When her aunt (Makiko Watanabe) falls ill, Haru is left with nobody to take care of her and so she goes back to her hometown of Otsuchi in Iwate Prefecture. It is there she hears of the “Wind Telephone” It is a white phone booth with a disconnected black telephone inside. With it, the living can contact the dead. As Haru journeys to the phone, she encounters various people and discovers others who have lost something or someone…

Synopsis: Sota Kubota (Takumi Kitamura) is a shy university student but he undergoes the most radical personality change when he picks up a cassette tape left by Aki Miyata (Mackenyu Arata), a confident musician who died a year ago: Sota becomes able to play a guitar in front of others. It turns out that Aki takes over Sota’s body and Aki wants to reunite his band and see his former girlfriend Kana (Sayu Kubota). The only hitch is that the possession time lasts for only 30 minutes and time begins to run short with each session…

Here’s an interview over at the Japan Times with lead actor Hio Miyazawa.

Synopsis: When Shun (Hio Miyazawa) went on a class trip to Enoshima as a high schooler, he met and fell in love with Nagisa (Kisetsu Fujiwara) and their relationship lasted all the way through to university when Nagisa told Shun that he didn’t see a future with them together. They decided to break up. 13 years later and Shun lives alone in the countryside but, one day, Nagisa shows up with his six-year-old daughter Sora (Sakura Sotomura). Shun is scared to come out as gay but after living a lonely life in the countryside, the presence of his ex and Sora brightens his life. However, difficulties arise as Nagisa and his ex-wife fight for custody of Sora…

Yuki Tanada, director of My Dad and Mr Ito is back with this highly-rated film and you can read an interview with her and a review of this work at the Japan Times.

Synopsis: When Tetsuo Kitamura (Issey Takahashi) and Sonoko (Yu Aoi) met, it was as part of a project where he wanted a mould of her breasts but it became love at first sight and they quickly married. It was a sweet romance that seemed destined but soon their relationship became sexless as Tetsuo got absorbed in his job. What Sonoko doesn’t know is that Tetsuo took a mould of her breasts because, ever since graduating from an art university, he has worked in a factory that makes Dutch wives. He is committed to his work and has met with success but faces trouble at the factory. Sonoko, a kindhearted woman, also has her own secret that she confesses…

This is a Paradise for Fermentation 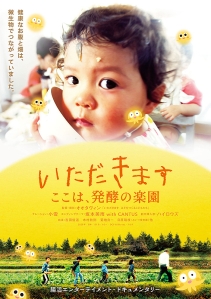 Synopsis: A documentary about an elementary school in Yamagata Prefecture known for food education. This is the second in a series and it shows the children tending to a field nursery where they do rice planting, rice harvesting and rice cooking. Local farmers also run workshops about how to grow organic food.

Synopsis: A documentary that took six years to authorise and two years to film due to it being set in a prison in Japan. It is set in Shimane Asahi Rehabilitation Promotion Center, a new public-private prison and the only prison in Japan that has introduced a program called “TC (Therapeutic Community)” that seeks out the causes and cures of crime through engaging prisoners in dialogue in a system that encourages rehabilitation. This is one of a number of educational programmes at the prison and one where prisoners must face their past. Audiences of this documentary will see the causes of crime the, bitter memories of childhood, such as poverty, bullying, abuse, and discrimination, as well as the crimes they committed, such as theft, fraud, robbery, injury and death. The camera follows the four prisoners in prison and shows them gaining new values ​​and ways of living through TC. Directed by Kaoru Sakagami, who has worked with American prisoners. 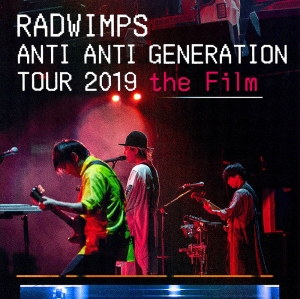 Synopsis: A documentary about Radwimps and their ANTI ANTI GENERATION TOUR 2019 which ran from June to Audust. The rock band are seen on stage performing songs including the theme songs for Your Name and Weathering With You. 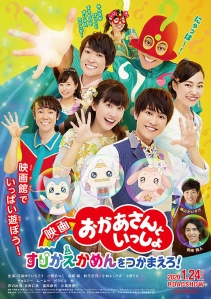 Synopsis: This is the second film of the NHK program “Okasan to Issho”, which has been broadcast since 1959 and recently celebrated its 60th anniversary on NHK.

Synopsis: A series of short films based on the songs of artists who belong Office Augusta including stories where a junior employee cares about her after he crashes out of a company drinking party and misses the last train.

Cine Rosa in Ikebukuro are screening a programme of four films by Akihiro Takeshi as a series of late-night screenings. Here’s the trailer for the programme:

Synopsis: When Miyuki was a child, she lived with her mother but since the lady was always working, she was rarely home after school. All Miyuki had to eat was curry that her mother made and kept warm. She hated it. 20 years later and Miyuki is living alone and her mother has passed away. She thinks back on her late mother’s curry.

Synopsis: Sena’s boyfriend Yuki want to propose but between them and wedded bliss is Sena’s father, Shigeru who was expelled from the family home 14 years ago. He crashes back into her life much to everybody’s surprise (and Sena’s displeasure) but his personality wins people over…

Synopsis: A drama about a man who has lost his job and the confusion his presence in a house.

Synopsis: Naohiro regularly oversleeps and cannot go to school or his part-time job. He has lost his place in the world which is when a mysterious girl that only he can see appears.