It’s December and if you’re reading this, you’ve almost made it to the end of another year.

This week I published reviews for POETIC VOICES A Trip Through the Taiwanese Avant-garde of the 1960s and Bulbul Can Sing.

I Was A Secret Bitch

This was one of the films shown at the recent Tokyo International Film Festival.

Synopsis: Hiromi (Yui Sakuma) is a 26-year-old who is popular with guys because of her cutesy and innocent ways which she uses as a flirtation strategy. In reality, she can be quite cruel because she will lead guys on and then dump them when it suits her. Her housemate Akira (Nijiro Murakami) and her friend Aya (Suzuka Ohgo) call her “Kakure Bitch” (a type of women who uses innocence to flirt with men) and she enjoys being one until she meets a man named Tsuyoshi (Yuta Koseki) and she realises she genuinely does like him…

Synopsis: A romantic comedy fantasy based on an urban legend which says “You can become a witch or a wizard if you are still a virgin when you hit your 30th birthday”. One such person with “magical” potential is 29-year-old virgin, Mikio Hoshimura, a sales rep with a poor record. His colleagues call him “the wizard” but a cute woman named Akiyama doesn’t because she’s new to the company. She is serious and gentle and a big fan of the superhero “Wild Virginia”, a character Hoshimura has loved since childhood. Hoshimura has a crush on her but before he can win her heart he’ll have to be a hero himself because on the day when Akiyama’s welcome party was held, Hoshino witnessed Akiyama receiving sexual harassment from his boss. Will he stand up for her and will he get any aid from his coworkers? Possibly a magical one instead of someone in Human Resources or a union…?

Synopsis: A no-talent assistant director named Akira Kurosawa is working on a low-budget romance story in an abandoned school. He hopes of turning his script of “Ghostmaster” into a movie directed by him but one rejection too many sees him fly into a rage that transfers evil energy into his script which takes over the romantic film he was just working on. Also possessed is the lead actress of the romance Yuya who initiates a bloodbath by killing cast and crew one by one…

This is the commercial film debut by Yujiro Amano who has worked on indie films such as Until the Day of Freedom which was at the Kanazawa Film Festival and looked so freaking stylish in a gory and gruesome way due to its setting in a medical school.

Synopsis: Sawada is a lumpen office done with a marriage that has hit the skids ever since his wife became depressed over her infertility and tried to kill herself. When not working away he takes care of his wife but the arrival of a new co-worker from abroad shakes things up as a man named Kishimoto unleashes his confident personality and dangerous behaviour that causes all sorts of disruption in the office and Sawada’s life… 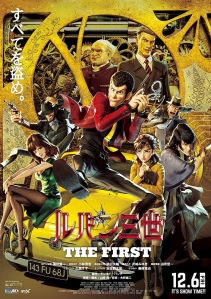 Synopsis: There is a special treasure known as the “Bresson Diary”, something which can lead to riches beyond a person’s wildest dreams. It has been the target of many different types of people from fortune seekers to Nazi’s. During the Second World War, famous thief Lupin I tried to steal it but failed. Flashfoward to his grandson, Lupin III who teams up with a mysterious woman named Leticia to retrieve the diary… 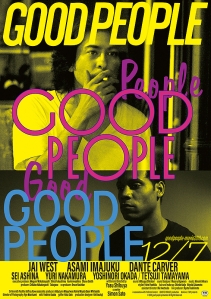 Synopsis: Three foreigners in Japan with different nationalities and genders all seek love. There is Billy who has given up his dream of becoming a chef and has become lethargic, Miki who lacked the confidence to pursue her own dream, and Caleb who is a lovelorn chap searching for his ideal girlfriend. These people are put together by fate with others… 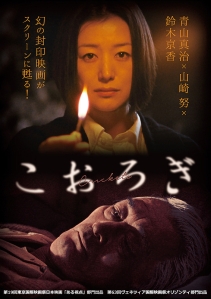 This is one of Shinji (Eureka) Aoyama’s rarely screened film that will be in cinemas ahead of its DVD release next year.

Synopsis: Kaoru is a thirty-something woman who is married to an older, blind man (Yamazaki), whom she takes care of in a coastal town on the Izu Peninsula. Ostensibly a couple, their relationship is defined by a dependency she cultivates but when he begins acting strange and wandering around by himself, Kaoru is forced out of her routine. It is at this time that she meets a young couple who further her changes.

Kiss Me at the Stroke of Midnight 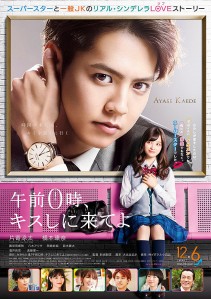 Synopsis: Hinana is a smart high school student who daydreams about romance. She gets caught up in a love triangle with her childhood friend Akira and  a handsome star named Kaede who has come to Hinana’s high school to shoot a film.

Army Maebashi Airfield Our Village Was Also a Battlefield

Synopsis: A documentary that follows the record and testimony of those affected by Maebashi Airfield which was built in Gunma Town (currently Takasaki City), Gunma Prefecture, at the end of the Pacific War. 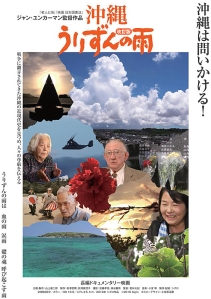 Synopsis: ‘Okinawa: The Afterburn’ is a re-release of the 2015 documentary film which charts the issue of the US military presence on the island and the various reactions of Okinawans to the occupation. With interviews with survivors from the battle of Okinawa, activists and soldiers who discuss the American occupation, the handover of the island’s back to Japan, and the crimes perpetrated by some US service personnel on Okinawans in the years that followed, the film covers a lot of ground. The review over at the Japan Times website explained more and gives it a good rating.