This is a melange of things including my New Year’s Resolution and my top ten films of 2019 rolled into one.

We’re about to start a new decade and I think we all managed to hold on to our collective sanity having lived through an era of austerity, unprecedented corporate greed and malfeasance and political extremism with fascism and chauvinist/supremacist politics back in vogue. Of course, we’ve been here before many times in the past such as the 30s and 50s so we can beat this. All it takes is organising, holding officials, business and media to account and protecting our democratic institutions.

END_OF_DOCUMENT_TOKEN_TO_BE_REPLACED

Happy Weekend and Merry Christmas and a Happy New Year

This week was spent Christmasing with my mother and sister which involved getting a new pet and eating lots of good food. I managed to start watching films again, a couple of classics and and a new one and I hope to get some reviews done.

In terms of published content, two reviews for Hirokazu Koreeda films, the first being The Third Murder and the second being Shoplifters.

END_OF_DOCUMENT_TOKEN_TO_BE_REPLACED

Hirokazu Kore-eda is often compared to Yasujiro Ozu due to his depictions of families in Japan but he is quite political. Through various detailed tapestries of the rich and poor, nuclear and unconventional family units and different individuals, he has charted a myriad of lives all over the archipelago of his home nation and captured the changing dynamics of a country where tradition, social mores and people’s bonds are seemingly degrading as society adapts to new ways of thinking about work and family and people live atomised lives. Shoplifters tells the story of a most unconventional family by normal Japanese standards and, in so doing, it offers some quite stringent critiques of the exploitation of labour, the indifference of authorities and the resulting breakdown of relationships. It is a refreshingly open politicisation of content for a Japanese mainstream film and it feels akin to the social realist films of Ken Loach. This political bite could partly be the reason why the film went on to wow critics and net the prestigious Palme d’Or at the 2018 Cannes Film Festival but, as in all Kore-eda films, it is the performances that sway hearts and make audiences cry.

END_OF_DOCUMENT_TOKEN_TO_BE_REPLACED

This film from Hirokazu Kore-eda feels like a departure from his usual interests of family dynamics because it is an exploration of the Japanese justice system but it still features his familiar interest in the atomisation of Japanese society.

Set in the snowy northern island of Hokkaido, this is an almost coldly analytical tale of a public defender taking on what should be an open and shut case and discovering that the truth is hard to pin down and that those who mete out justice sometimes aren’t interested in truth at all.

Shigemori (Fukuyama) is an elite lawyer who has been given the task of defending a man named Misumi Mikuma (Yakusho), an ex-con only just released from prison after serving a term for a murder he committed in 1986. Misumi has been arrested and charged with murdering the manager of the canning factory he works at. Misumi seems guilty beyond a shadow of a doubt because he was caught with the victim’s wallet and has confessed to the murder. A violent background, circumstantial evidence and confession. That is enough to warrant the death penalty. Shigemori has been drafted in to save Misumi.

END_OF_DOCUMENT_TOKEN_TO_BE_REPLACED

I’ve been helping my mother with Christmas preparations and buying presents whilst also watching lots of Japanese indie films. I saw one revelatory title which had me in tears and a couple of interesting ones. I have also managed to sneak in some horror movies.

This week I reviewed Sion Sono‘s latest movie, The Forest of Love, which cynics might see as a retread of Cold Fish. I also posted a preview of next year’s Japan Foundation Touring Film Programme which has many interesting titles.

END_OF_DOCUMENT_TOKEN_TO_BE_REPLACED 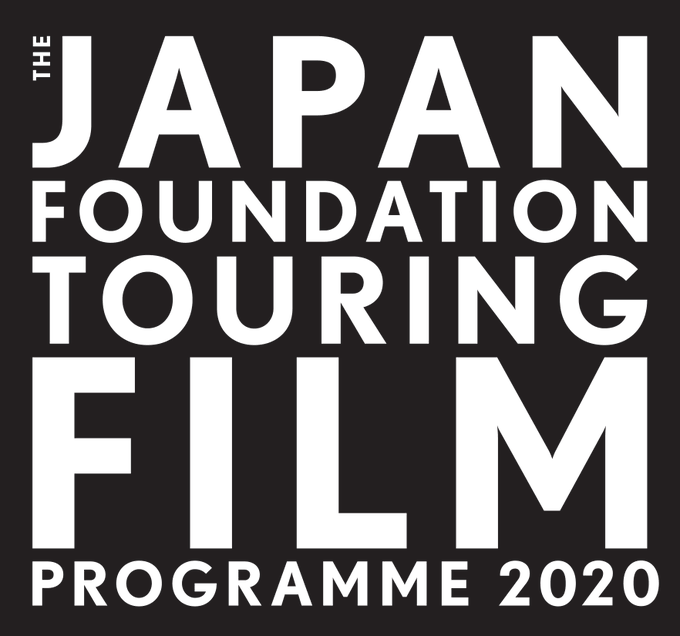 END_OF_DOCUMENT_TOKEN_TO_BE_REPLACED

The Forest of Love

American streaming services like Netflix have given a new lease of life to Japanese creatives who have access to greater financial muscle and creative freedom and a wider audience so that means the fetters of the traditional Japanese system are off for the visionaries and the sky is the limit. That Sion Sono, simultaneous enfant terrible and wunderkind of Japanese cinema, was tapped to make a movie for Netflix was exciting news especially after his heart attack this year. What he turns in is a long and ornate tale of murder that sometimes plays like a greatest-hits of his previous work but is delivered with such aplomb and dexterity as well as some special performances it remains entertaining.

Sono channels a rather horrific series of real-life murders into a film much like he did with Cold Fish but makes the most of the budget to craft a rather rambling and highly theatrical story split into chapters.

END_OF_DOCUMENT_TOKEN_TO_BE_REPLACED

We are closer to Christmas.

This week I reviewed two Sion Sono movies, Tag and Virgin Psychics, both from 2016 and while the former is more meaningful than the latter, both are worth watching.

Get past what we all know is inevitable and let’s make a start dealing with this stuff and making a change for the better in society.

END_OF_DOCUMENT_TOKEN_TO_BE_REPLACED

This is directed by Sion Sono one of the world’s great contemporary directors who built a career on existential drama/horror like Suicide Circle, Strange Circus, and Noriko’s Dinner Table. 2015 saw the release of six of his films, three of which were froma  franchise including this one. This is based on a TV dorama that is based on a manga written by Kiminori Wakasugi, creator of the hilarious Detroit Metal City. After a first viewing I was tempted to write it off as an insincere cash-in on a smutty comic book and Tenga sex toys but I will be generous and say that the film is an unashamed celebration of raging hormones and naive love (as well as Tenga sex toys) wrapped up in a knowingly stupid story.

We’re not watching Akira Kurosawa’s Ikiru, we’re watching the misadventures of Yoshiro “Yocchan” Kamogawa (Shota Sometani), ordinary (virgin) high school boy in Toyohashi. It is a city with more good-looking women than anywhere else in the world, apparently, but he can’t get laid because he’s a bit of a nerd. He finds his life literally changes overnight when he wakes up with the ability to read other people’s minds. Sounds awesome! But he cannot use it effectively since he is caught up in an obsession with the idea that a classmate named Sae (Erina Mano) is his destined girl. He has a dream that they formed a mental connection while their mothers sat next to each other in the hospital when they were both still in the womb. Destiny does seem to have a hand in their meeting because she is the daughter of a travelling scientist (Ken Yasuda) who is in town to discover psychics!

END_OF_DOCUMENT_TOKEN_TO_BE_REPLACED

Kinetic and balletic. Bullets and buckshot fly. Hit bodies. Blood and body-parts splatter the sets. People drop to the floor amidst blood and gore. By people, I mean young females. A high-school girl named Mitsuko (Reina Triendl) is our first protag. Pretty much stunned and helpless, she flees scenes of carnage every few minutes. She runs the same gauntlet ad infinitum: a scene is established, a feeling of grue overcomes her and gratuitous violence erupts. As she escapes she dodges a number of antagonists: a supernatural scythe-like wind that decapitates busloads of schoolgirls and dismembers random passers-by at first, and then she flees a massacre orchestrated by teachers carrying military-grade weapons that cause ridiculous damage. Over the course of her escape, she transforms into… a bride named Keiko (Mariko Shinoda) who has a wedding from hell as it devolves into a mass brawl full of kung-fu kicking and jagged glass bottles for people to get stuck with. And then she turns into a marathon runner named Izumi (Erina Mano) who has to sprint away from danger. These ladies have all become involved in a fatal game of “tag” where they narrowly avoid death with every step. But can they break the cycle by making it to the end and what is awaiting them at the finishing line?