This year’s Kotatsu Japanese Animation Festival has 8 feature films packed with adventure, emotions, action and awesome animation, all of which should entertain a wide audience. Alongside the film screenings are the marketplace and raffle and we welcome two special guests from Japan.

The festival begins on October 04 at 18:00 at Chapter Arts, Cardiff, with a screening of Code Geass: Lelouch of the Re;surrection, the reintroduction and continuation of the Code Geass mecha saga where giant robots and political intrigue provide the drama. This will be followed by the Reception and an Anime Song Disco hosted by DJ Ryojin at 20:00 where guests can mingle and show off their moves on the dance-floor.

The festival continues on October 05 at 11:00 with Birthday Wonderland, a family adventure where a shy girl from Japan gets taken to a fantastical world under threat from dark forces. At 13:30 we welcome our two special guests, the award-winning director and stop-motion animator Takeshi Yashiro and his producer Satoshi Akutsu, who are in Britain to present the International Premiere of their film, Gon, The Little Fox. They have kindly travelled to Kotatsu to present a Masterclass with our special guest Robin Lyons where they will talk about their careers in the animation world and how they work. The films continue 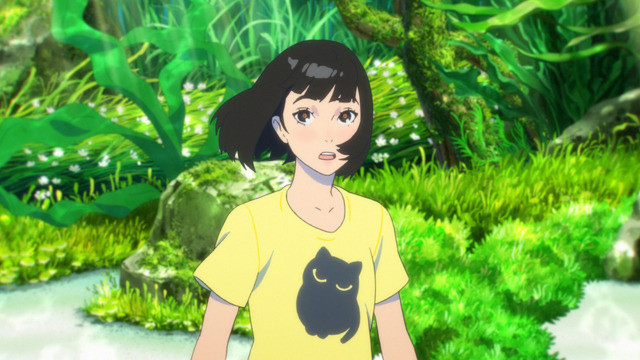 at 16:00 with Tamako Love Story, the first of our two titles programmed as a tribute to the studio Kyoto Animation who suffered a tragedy earlier this year. The film is a love story that will serve as a reminder of their ability to create sweet and loveable stories filled with characters that audiences are sure to care about. The Saturday evening slot is reserved for darker stories and this is where there are two horror inflected action films, Fate / Stay Night – Heaven’s Feel Film 1 at 18:00 and Calamity of a Zombie Girl at 20:15, the first featuring heart-stopping action scenes and gory action while the second is a more tongue-in-cheek B-movie experience with creative death scenes.

The final day of the festival begins at 11:00 with the critically-acclaimed adventure Penguin Highway where a precocious schoolboy and an intriguing older woman

investigate the source of an invasion of penguins in their town. Running alongside this film, from 11:00 to 16:00 is a stop-motion animation workshop conducted by our guest Takeshi Yashiro. It is open to people from the age 8 and up at the cost of £27 (for booking please contact the festival info@kotatsufestival.com) and attendees will have the chance to animate their own scene with professional puppets which Takeshi uses in his works. The next film to be screened is Eureka Seven Hi-Evolution which tells a new variation of the popular franchise’s story where two teens pilot a giant robot. This takes place at 14:00. Just before the final film screening the results of the ever-popular raffle will be announced with prizes

on offer with some gifts being brought over from Japan by our guests. The Kotatsu festival in Cardiff then closes with a screening of A Silent Voice at 17:00. This is the second time that Kotatsu will have screened the film, the first in 2017. There was no hesitation in our choosing this title because it is a beautifully told heartfelt story of overcoming painful moments that went down well with the audience and we trust it will go down well again as we screen it as a tribute to Kyoto Animation.

Running alongside the film screenings and the animation workshop will be a series of Japanese-themed events and a Japanese marketplace which sells things such as food, model kits, manga and other goods from Japan.

The festival will then continue in Aberystwyth with a selection of films from the Cardiff run plus one extra, Miss Hokusai, a period drama about O-Ei, the daughter of the artist Katsushika Hokusai, a talented painter in her own right and one that has recently been subject to docudramas. It proved to be a hit with audiences at Kotatsu when we screened it in the past and we are sure it will go down well. There will also be the raffle for people to have the chance of winning some excellent goods.

Here are the films programmed:

Code Geass: Lelouch of the Re;surrection

Synopsis: When Lelouch vi Brittannia died the world found peace but a terrorist attack threatens everything as his sister Princess Nunnally is kidnapped. Fate, and the immortal witch C.C., once again brings the legend of Lelouch back to save everyone in a film that reunites old characters for a new beginning full of mecha action and political intrigue.

This is a movie adaptation of the 1981 children’s book “Chikashitsu kara no Fushigi na Tabi”. The director is Keiichi Hara (Miss Hokusai).

Synopsis: Akane Uesugi is a shy 6th grader who has trouble telling other people how she feels. The day before her birthday, her mother, Midori, sends her on an errand: to go get her birthday present from her free-spirited Aunt Chi’s antique shop. But a strange man named Hippocrates the Alchemist, who calls her the “Green Goddess”, together with Pipo the fairy, takes her on a journey to “The World Beyond” from a door in the basement where she embarks upon an adventure to save a land in crisis.

Synopsis: We are in the middle of The Holy Grail War, where Masters and Servants fight to claim the Holy Grail, something which can grant the wishes of the one who possesses it. The war takes the form of people, or Magi, who are aided by warriors who have the spirits of great people from history. Fuyuki City is the battleground and the protag is Shirou Emiya and his servant Saber. They find themselves followed by one of Zouken Matou’s summoned spirits, the Servant, True Assassin.

Synopsis: Aoyama is an elementary school student who makes notes in his diary every day. His town is quiet but his heart races every so often because he has a crush on a mysterious older woman who works as a dental assistant. One day, a group of penguins appears in his quiet suburban neighbourhood and Aoyama and the older lady want to discover the reason for their appearance.

Synopsis: It has been ten years since the “First Summer of Love” rocked the world and Renton, who lost his father during the event, now attends the army school of the United Federation of Predgio Towers located in the town of Bellforest. Because his late father is still praised as a hero, Renton feels unable to live up to the man’s reputation and his days are boring. Then one day, things change dramatically when a ship called Nirvash, the world’s oldest LFO, appears in front of him and the pilot, a girl named Eureka, emerges from the cockpit. This was the beginning of the future of humans and Scub Coral, another intelligent life-form.

Calamity of the Zombie Girl 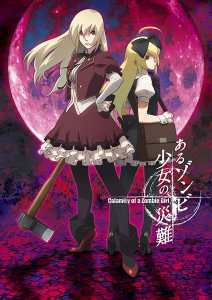 Synopsis:It’s a summer holiday so lessons are over but some students seeking treasure are in the university library where they discover two sets of female antique mummies from Italy. One student, Sayaka, spies and steals a fancy stone. Little does she realise it is a “stone of life” which gives the two mummies super strength and eternal life. Having stolen the stone, the girls have awakened ferocious flesh-eating enemies that attempt to retrieve what was once theirs…

Synopsis: Third year high school girl Tamako has never really thought long term. She figures she will continue to work at her family’s mochi shop. Her neighbour and long-time admirer Mochizou, on the other hand, is planning to go to a university in Tokyo, leaving behind everyone he knows, including his beloved Tamako who he is desperate to confess his feelings to. Will she understand?

I have been surprised by the power of this one as it tears through UK cinemas and earns lots of critical acclaim. There are many anime movies released in Japan but this one looks far more interesting than the rest of the pack. It is a story about a bully who tries to redeem himself by asking for forgiveness from his target, a girl who is deaf. This comes from Kyoto Animation (watch Hyouka, an awesome TV anime, to get to know them) and it’s directed by Naoko Yamada, one of the most promising female directors going. It has toured the UK as part of the Japan Foundation Touring Film Programme and it was at the Glasgow International Film Festival. I hope it’s programmed by the festival I work for.

Synopsis: Shoko, a young Deaf student, transfers to a new school where she is bullied by Shoya for her hearing impairment. While Shoya originally leads the class in bullying Shoko, the class soon turn on him for his lack of compassion. When they leave elementary school, Shoko and Shoya do not speak to each other again, but Shoya, tormented by his past behaviour, decides he must see Shoko once more to atone for his sins – but is it already too late?