The Vancouver International Film Festival 2019 runs from September 26th to October 11th and it has a fantastic selection of East Asian films with one particular highlight being the HK flick, Still Human, winner of the Audience Award at this year’s Osaka Asian Film Festival. There is a nice compliment of Japanese films, three of which are found in the Gateway strand while Melancholic and Still Human are in Dragons and Tigers. Here’s the round-up of Japanese films.

Children of the Sea 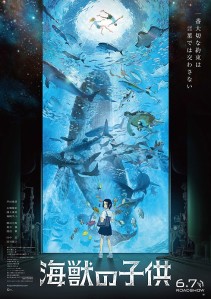 Friends who have seen this say that it’s utterly beautiful.

Synopsis from ANN: Ruka is a young girl whose parents are separated and whose father works in an aquarium. When two boys, Umi and Sora, who were raised in the sea by dugongs, are brought to the aquarium, Ruka feels drawn to them and begins to realize that she has the same sort of supernatural connection to the ocean that they do. Umi and Sora’s special power seems to be connected to strange events that have been occurring more and more frequently, such as the appearance of sea creatures far from their home territory and the disappearance of aquarium animals around the world. However, the exact nature of the boys’ power and of the abnormal events is unknown, and Ruka gets drawn into investigating the mystery that surrounds her new friends.

Every Day A Good Day 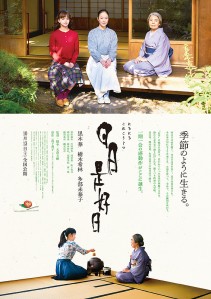 Synopsis: Noriko (Haru Kuroki) is a 20-year-old university student who has lost her way in life. Noriko’s mother suggests that she attends a Japanese tea ceremony near her house with her cousin Michiko (Mikako Tabe). Michiko is enthusiastic about it but Noriko doesn’t seem so certain. However, once there, Noriko learns from the teacher, Takeda (Kirin Kiki) and experiences a whole new world. It stays with Noriko throughout her life, during frustrations while job hunting, moments when she suffers a broken heart, and during the death of someone important. The tea ceremony always offers her something to return to… 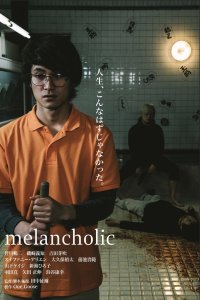 Seiji Tanaka’s debut feature Melancholic won him a share of the best director prize in the Japanese Cinema Splash section at last years Tokyo International Film Festival (Masaharu Take also won for his film, The Gun (2018)) and one can see why as it manages to combine a number of tones and genres to create a film that feels fresh and original as well as socially conscious as it looks at differences between generations to the workplace and it has a great performance by Yoji Minegawa. It’s a real treat with a great lead performance from Yoji Minagawa. It played at this year’s Japan Cuts where it went down well with audiences. Here’s my review.

Synopsis: Kazuhiko (Yoji Minagawa) graduated from the prestigious halls of Tokyo University you would expect him to be in some high-flying job but since leaving academia he has moved back home with his parents and lived the life of a slacker. A chance encounter with a girl he knew at high school at a bathhouse leads to him taking a job there as an attendant and he quite likes it, not least because he can talk to the girl. However, what seems like a normal onsen turns out to be a killing space for yakuza-ordered hits and when Kazuhiko stumbles upon this he ends up getting dragged into the criminal underworld…

Director Nobuhiro Yamashita (The Drudgery Train) is a director who can bring out all sorts of different tones in stories which are often about oddballs and losers and he does so for this one which is truly bizarre but also sorrowful. It was produced by Takayuki Yamada (13 Assassins) who used his star power to bring this unconventional film about misfits to the big screen to create something unique. He is joined by Takeru Satoh (Rurouni Kenshin: Kyoto Inferno) and YosiYosi Arakawa (Fine, Totally Fine) and Takako Matsu (Dreams for Sale). Here’s my review.

Synopsis: Deep in the hills and mountains of Gunma Prefecture dwells a pure hearted man by the name of Ukon Gondo (Takayuki Yamada). Ukon has a handsome brother, Sakon (Takeru Sato), who works for a trading company but Ukon prefers to be free from society and tries to make a living by mining for gold. He finds it difficult to communicate with others apart from another man who joins him in his excavations, Ushiyama (YosiYosi Arakawa). They are soon to be joined by a third teammate, a robot they discover at an abandoned factory that Ushiyama lives in. Once their team is complete, they resolve to change their lives.

Here’s my coverage of Vancouver from previous years: