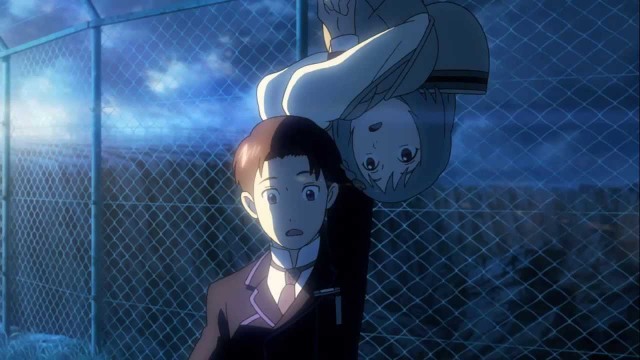 I’m midway through a 12-day week and I’ve cushioned each day with films – an 80s horror in the morning and a yakuza movie in the evening. I’ve finished writing initial PR for a film festival that will launch in October and now it’s a case of practising Japanese for guests who will be attending.

This week I posted a review of the film Lying to Mom and a preview of l’Etrange Festival. 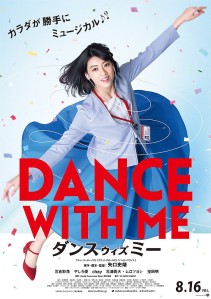 Synopsis: Shizuka is a salarywoman preparing for a big meeting but after visiting a shady hypnotist and left under a spell which causes her to break into song and dance whenever she hears music, even if it’s just a ringtone. Shizuka needs to get her head fixed for the meeting and goes on the hunt for the hypnotist who has disappeared and so starts a road-trip musical!

Synopsis: The wealthy and kind Uda family has adopted an orphan girl named Mei (Nana Asakawa). She lives with them and gains a new sister in the shape of their other adopted daughter Rana (Kana Kita). When the Uda family’s business collapses, love becomes hate since they can only keep one of the daughters. Cue violence…

This one was written by Shinichiro Ueda, the man behind One Cut of the Dead, and co-directed with staff from that film. It’s a revenger’s game movie which has a cool poster at the very least.

Synopsis: Miwa (Ruka Ishikawa) is an introverted university student who only counts a turtle as a friend. In complete contrast, Saori (Hiroe Igeta) is the daughter of a celebrity family and acts pretty entitled. Koyuzu (Guama) is different again as she works for her father’s shady business which employs the three girls to get revenge, something which causes chaos for them as sometimes deception and backstabbing is necessary.

Synopsis: In 2008, Doris Dorrie made the drama of love Cherry Blossoms – Hanami in which a Bavarian chap named Rudi (Elmar Wepper) travelled in the footsteps of his late wife to Japan and encounters a woman named Yu. This film takes place ten years after Rudi’s death and his son Karl is experiencing a crisis: he has lost his job and his marriage has broken down. Fast becoming an alcoholic it looks like he has hit rock bottom and then Yu turns up at his doorstep in Munich and persuades him to visit his parent’s grave. She is lonely but helps him gain some balance in his life and he helps her, following her to Japan where he meets her grandmother, the landlady of an inn in Chigasaki (Kirin Kiki). 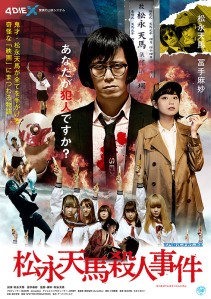 Synopsis: The musician Tenma Matsunaga is also a writer and actor and has now become the director, screenwriter, star, composer and editor of his own film. With the help of Ami Tomite (Antiporno) and Noboru Iguchi, he makes a movie about his being murdered by someone, and detective Ami Tomite pursuing the criminal in what turns out to be a confusing investigation.