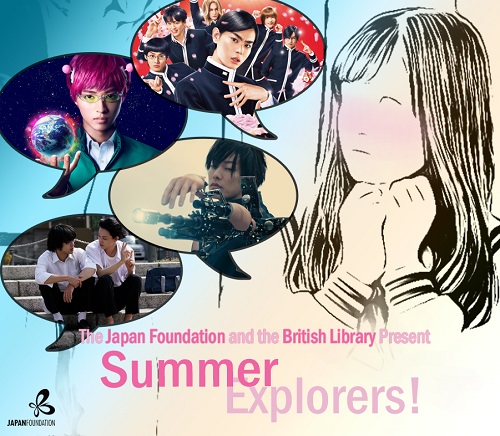 The Disastrous Life of Saiki K

Synopsis: Kusuo Saiki (Kento Yamazaki) is a high school student who was born with psychic powers. As great as that sounds he hesitates using his super powers in front of other people due to a childhood experience and tries to lead a quiet life by hiding his abilities. Unfortunately, his classmates are strange and determined to drag him from his ordinary life into misadventures. 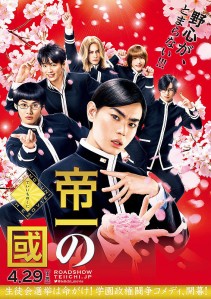 Akira Nagai directed Judge!, the fantastically fun satire of ad agencies, and also the more emotional If Cats Disappeared From the World, which is a quiet drama far from the sparkly craziness of this film.

Synopsis: Teiichi Akaba (Masaki Suda) has a simple dream: to rule his own country. However, first he has to get through high school and he finds that this is the proving ground for those from good families to establish their dominance in an over the top satire of Japan’s elites where bribery, chicanery, and treachery are driven by their lust for power. 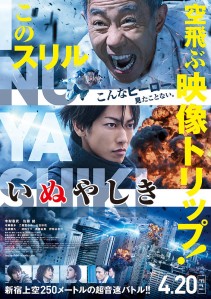 This is based on a manga series by Hiroya Oku, the guy who created the super-disturbing horror sci-fi Gantz. Inuyashiki was turned into an anime that turned out to be pretty good. The live-action version is a fun spectacle and a change of pace from the other highlights. Takeru Satoh (Rurouni Kenshin and Rurouni Kenshin: Kyoto Inferno) stars as the bad guy. Here’s my review.

Synopsis: Ichiro Inuyashiki (Noritake Kinashi) is a salary-man on his way out. Unappreciated at work and at home and freshly diagnosed with cancer, his life looks miserable but things take a drastic turn when he is involved in an explosion. When he regains consciousness, he discovers that he has been transformed into a cyborg. Far from freaking out, he has a new lease of life and decides to use his powers to help those in need. Meanwhile, Hiro Shishigami (Takeru Satoh), a high school student, was also involved in the very same explosion and has gained the very same the powers. He just wants to see the world burn. Two super-powered people do battle in Japan! 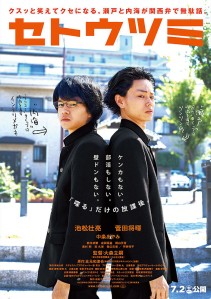 Look at the name of the director. Tatsushi Ohmori. He made, The Whispering of the Gods, The Ravine of Goodbye, and Bozo. Three emotionally brutal films. Harsh. Unflinching in their depiction of people causing others misery and feeling misery. Traumatising… Then he makes this light-hearted comedy with Seto & Utsumi, a slice-of-life tale of two friends that is sure to please a wide audience thanks to the chemistry between Masaki Suda (The Light Shines Only There) and Sosuke Ikematsu (How Selfish I Am!)! I have been told that it is hilarious.

Here’s a taste of the film:

Synopsis from the festival site: High school buddies Seto and Utsumi spend their days hanging out by a dry riverbed in Osaka, chatting about girls, cram school and their annoying parents.