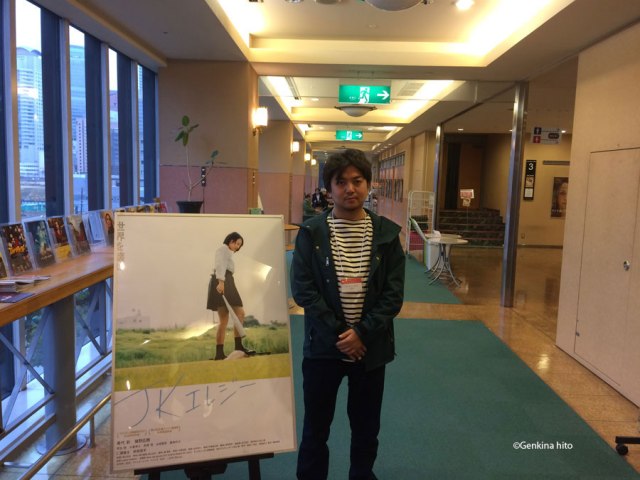 Born in Hiroshima in 1981, Genta Matsugami is a film director who operates the creative production-house16 bit.inc. He graduated from Osaka University of Arts in 2005 and his graduation work won a prize in the Pia Film Festival Award of that year. Demolition Girl is his debut feature. It has already distinguished itself on the festival circuit, first at its world premiere at the Slamdance Film Festival in Utah in January, where lead actress Aya Kitai won an honourable mention for her performance, and then at the Osaka Asian Film Festival in March where it scooped the JAPAN CUTS award. This means it will receive a screening at the JAPAN CUTS festival in New York in July. It has easy to see how the film has impressed audiences as it presents a refreshingly honest and concise depiction of working-class life in Japan.

The story of Demolition Girl focuses on a high school student named Coco (Kitai), who seems trapped in her small-town existence because of her poor background and a family who drag her down. Despite being working-class, she aspires to go to university in Tokyo, seeing this as a way out of poverty. University is tough to enter and expensive so she needs to work hard whether by studying or dabbling in the fetish industry by making illicit “crush videos”. The audience will root for her as they see the obstacles she faces and her determination not to give up and audience engagement is hooked by a persuasive performance from Kitai in her acting debut (she had previously won the MissiD 2017 Fantasista Sakurada Prize).