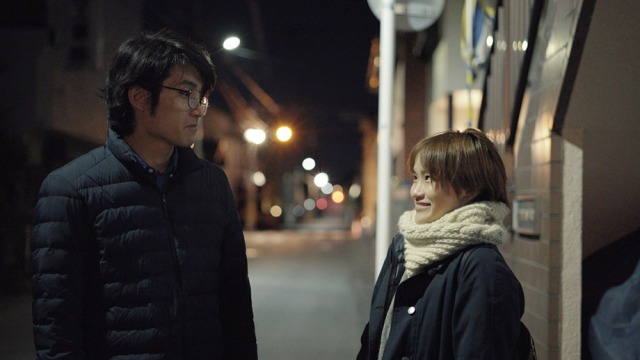 I hope everyone is doing great.

This week was marked by periods of procrastination. I worked on a couple of interviews (the final ones from Osaka) and one for an animation project but I only finished one review and watched three films. Being in work every day is not an excuse so I aim to do better. The reviews I completed last week went live over at VCinema: Okaasan (Mom) and Bed & Breakfast as did an interview with Momoko Fukuda and Jumpei Inoue of the film Slowly. I posted a review for the film Melancholic (2018) and a preview of the Cannes Film Festival.

Synopsis: Veteran detective Kozaburo Yanagi (Ittoku Kishibe) and his rookie partner Shun Maeda (Katsuya Maiguma) investigate a hit-and-run case where is groom-to-be named Shuichi (Masei Nakayama) knocks over a woman while on his way for a meeting about his wedding. Can the police bring closure and justice to the woman’s devastated parents Hikaru Tokiyama (Yutaka Mizutani) and Chizuko Tokiyama (Fumi Dan)? 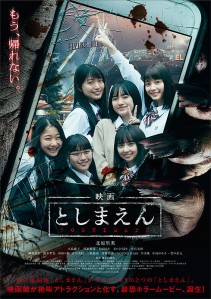 Synopsis: Saki (Rie Kitahara) loves to Toshimaen Amusement Park and has spent a lot of time there so it’s only natural that she share her favourite thing with her friends. What she doesn’t know is that there is a curse centred on an old Now, Saki is a university student. She decides to visit Toshimaen Amusement house at the amusement park and that she and her friends will be haunted by an evil spirit…

Only the Cat Knows 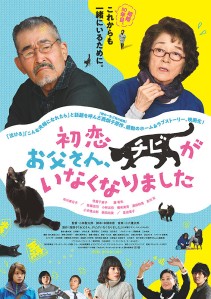 Synopsis: Masaru (Tatsuya Fuji) and he and his wife Yukiko (Chieko Basho) are an elderly couple living with their cat, Chibi. Yukiko feels he has been a cold husband who has not returned her love and dedication and when Chibi dies and Masaru doesn’t express any feelings at all, it seems that that is the final straw as she demands a divorce. This demand triggers Masaru to confess a secret he has kept for years. 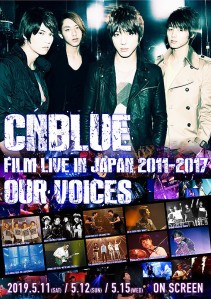 Synopsis: A collection of live performances by the Korean band CNBLUE. 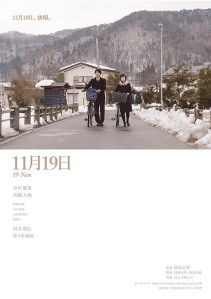 Synopsis: Yoko and Yuta go to the same high school in a rural town in Yamagata but only interact for the first time when Yoko’s bicycle gets a puncture and Yuta, the son of a bicycle shop owner, helps repair her bicycle. Their relationship plays out with the seasonal scenery of Yamagata providing a background.

Synopsis: This short film takes place in Kichijoji in a ruined building where handful of people meet, Taichi, who encounters a mysterious man and a girl named Tsubaki who is following the cry of a cat.

Kabaneri of the Iron Fortress: The Battle of Unato

Synopsis: The setting of the story is an island country called Hinomoto, where humans hide themselves in fortresses called stations from the threat of zombie-like beings with steel hearts known as “Kabane.” Since they are surrounded, travel between stations is done via locomotives known as “Hayajiro”. The film takes place at Haiko Station on the coast of the Sea of Japan and focuses on the character Mumei. The film takes place half a year after the story of the original television anime series.

Synopsis: It is early 1590 and Toyotomi Hideyoshi rules the land but, far away from the capital in the Eastern Plain, a mysterious rebel by the name of Tenmao is gathering momentum for a civil war by preparing his Skull Corps. Some troops from this group chase a girl named Sagiri but she is saved by a passing vagabond named Sutenosuke and taken to a nearby brothel town called Mukai village. This place serves as a post town between the capital and the eastern plain and it is where all sorts of people with different schemes and histories bump into each other as is seen in this stage-play.

An omnibus film that consists of three segments, the first two animated, and the last one, photographs and live-action film.

Tama to Fushigi na Sekizo (Tama and the Mysterious Statue)

Synopsis: The fictional world of Wachifield, as created by Akiko Ikeda, is the setting for a bunch of adventures for Dayan, a whimsical cat who goes on adventures.

Synopsis: The tale of an elementary schoolboy who lives with his mother and grandparents. His beloved grandmother gets dementia and this causes a lot of drama as she begins to forget and wander out alone…

Synopsis: Based on a popular romance manga, the story follows Yura and Makoto Onoda who are married and still experimenting in sex and love. The guy can’t perform, then, when he can perform, he gets bombarded with girls, and just when that ordeal is over, his first love appears.

Synopsis: Toru Ikeda (TAKAHIRO) is a fisherman who has lost his memory in an accident. The people in his community show kindness to him as he tries to discover who he is and rebuild his bonds with his family.