For fans of Asian animation in the English-speaking world, Korea is a bit of an unknown quantity. Despite a few brave bloggers trying to keep track of various titles that get released, actually getting to see the films is pretty hard to do. So, if you are interested in Korean animation and are in Japan, this event will be perfect for you.

With the onset of Spring, cherry blossom petals will shower the streets whilst on cinema screens will be the delightful sight of Korean animation. Throughout April, at three different locations, the Korea Independent Animation Film Festival will take place.

Osaka goes first from April 06th to the 10th at the Planet +1 cinema, which is located in the bohemian neighbourhood of Nakazakicho near Umeda,

Tokyo gets it from April 19th to the 21st at the Uplink Theatre in trendy Shibuya,

Nagoya is a bit later from July 06th to the 07th at the Aichi Prefectural Museum of Art, near Sakae station.

A collection of 29 films will be screened and there will be talks over the course of the festival. The films consist of two programmes dedicated to Korean animated shorts, a programme of shorts from creators based in Asia, and a feature film. These are mainly award films of “Indie-AniFest2018”, which took place in Seoul, and there’s a real variety to the techniques used in animation from stop-motion to 2D in various artistic styles, 3D, CG and even rotoscoping. Each of the shorts programmes and the feature clocks in at around an hour, making this an easily digestible series of screenings. Furthermore, the Osaka run has special guests and a special programme dedicated to the Kansai region – Kansai short program (62 minutes / 8 films) “Kansai Resident! Animator Special Feature”!

Here are the details of the programmes: 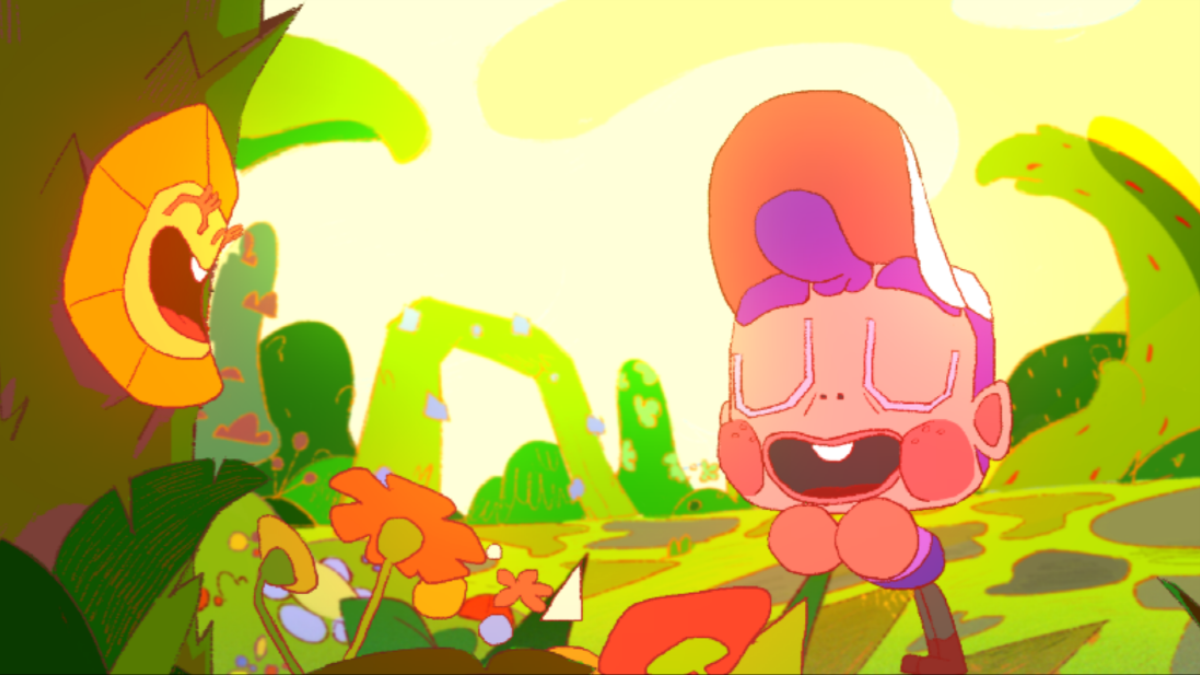 Asian Short Programme: “The Shape of Asia” – 68min / 10 works – consists of ten works by filmmakers from around Asia including:

A Fly in the Restaurant – Dir: Xi Chen, Xu An

Lee Yong-sun filled in on many positions for this animated film made for $42,000. It has won praise, especially for its script, after appearing at Annecy and the Ottawa International Animation Festival and tackles issues around family dynamics, gender relations and more. Here’s a good review from Variety which effectively sums up what viewers can expect.

Synopsis: Oh Jun-koo (Lee Seung-haeng) is an unemployed actor who hasn’t worked in a while. With an ambitious wife and two kids to take care of, stress is mounting so when he gets two job offers at once, one offering financial stability as a professor and the other offering a dream role in a soap opera, he has to make a tough decision. With family in mind, the stable teaching position seems more inviting so he decides to compromise his dream but when the old professor who offered the job risks being accused of sexual assault, it seems Oh Jun-koo might have to compromise his morals…

As mentioned earlier, there are also talks at Shibuya. On April 20th of the Tokyo run at 17:40, audiences for the first set of shorts will be able to see an animator talk with Jeon Seung-bae and Japanese animator Shin Hosokawa. The two, who have specialised in 3D models and stop-motion animation, will talk about the differences between Japanese and Korean animation. The second talk at the festival involves freelance animator Tomoki Misato, who is at the festival with his film My Little Goat which is touring the film festival circuit and winning lots of praise. He brings his film to this festival and will talk about it on the 21st from 17:40.

The Hanahiraku Korean Animation screenings have been taking place since 2008 and this is an exciting line-up.

To find out more, please head to the website (link).

Jeon Seung-bae is a graduate of Chung-ang University of Advance Imaging Science, Multimedia & Film, who works at Toyville Animation Studio as an animation director. He has worked on multiple titles and his latest, Saturday’s Apartment plays here and at other big festivals.

Shin Hosokawa, a graduate of Tama Art University Art and Design and now an associate professor at Tokyo Polytechnic University as well as a working animator.

Tomoki Misato is a graduate from Musashino Art University, Department of Visual Communication Design in 2016. He holds a master’s degree from the Department of Animation at Tokyo University of the Arts Graduate School of Film and New Media and was featured in the 08th Graduation works DVD put out by the school which was actually played at Kotatsu Japanese Animation Festival in 2017. He currently works as a freelance animator.