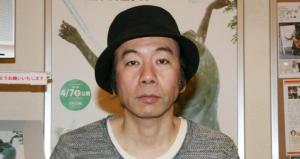 Shinya Tsukamoto will receive the NIPPON HONOR AWARD at the 19th Nippon Connection Film Festival in Frankfurt am Main, Germany (May 28th – June 02nd). Shinya Tsukamoto tweeted this news earlier in the month and it has been confirmed by a press release sent out on Tuesday this week. This is the fifth time the award has been bestowed on someone and it goes to a person who has made outstanding contributions to Japanese cinema. I can’t think of a better person at the moment!

Fans of Japanese films who have followed this blog for a while will know I am a big fan of the actor and director, editor and cinematographer. He was one of the first directors I went and wrote a biography for and reviewed a whole bunch of his films (my favourite being Vital). In fact, I met him at the Raindance Independent Film Festival a few years back and had my picture taken with him just before a screening of Fires on the Plain!

Anyway, according to the press release: