2018 was the year of “I haven’t achieved my dream yet but I do what I want”. I travelled back to Japan for a second time and spent a month in the country, visiting places from Kawagoe to Onomichi and some things in between and I worked at the Osaka Asian Film Festival again. I’ve become involved in more than just Kotatsu, I have become part of other festivals in Europe and America which is so much fun and such an honour because I love films. I have also continued to contribute to V-Cinema and Anime UK News, typically highlighting indie gems, many of which form my top ten titles of the year.

To summarise what I have experienced in terms of cinema, I have contributed to V-Cinema’s end of year post which will be out soon.

Now here is my Top Ten Films of 2018, starting with number one…

Columbus (Dir: Kogonada) I watched this one twice at the Osaka Asian Film Festival and came out of each screening in tears because its tale of children having to make the decision to connect or separate with a parent resonated with me. Fantastic acting, cinematography and a haunting score and an intelligent script gave me something wonderful to engage with. 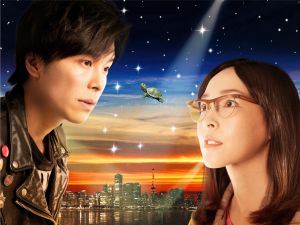 Love and Peace (Dir: Sion Sono) I reviewed four Sono films this year but none hit the sweet spot like this charmer. A tale of a man corrupted by rock stardom given to him by his friend, a turtle, that turns into a kaiju movie that culminates on Christmas day takes the audiences to fun places with a witty script and acting and adventurous visuals but what got me the most was how sincere and openly affectionate it was.

Of Love and Law (Dir: Hikaru Toda) There is a lot of hatred and selfishness out there in the world but Hikaru Toda’s documentary film offers an alternative vision where love and kindness and looking after our fellow man take precedent. It follows two wonderful lawyers who take the cases of those who are at risk of being left out of society and we see how traditions like gender roles and closet fascism can hurt people and those brave enough to defend the human rights and free speech of others.

Amiko (Dir: Yoko Yamanaka) First love can hurt and this is something high school girl Amiko finds out when the object of her affection disappears. The film strikes some sad notes at the end but remains playful and defiant in the way Yamanaka keeps the tone light with her energetic shooting style and in how her main character, the titular Amiko takes to the world with her free-wheeling and rebellious attitude. Also, random dancing. 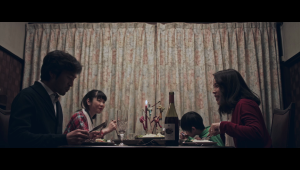 Ordinary Everyday (Dir: Noriko Yuasa) A teacher gets mixed up one of his student’s family and ends up in a psycho-thriller. I like a good supernatural tale and this delivered on it. Shot in down-town Tokyo what we have in this short is a superb build-up of atmosphere through visual and aural elements that keep the story off-kilter until we get to the ending which will have audiences flawed and laughing. Noriko Yuasa is definitely a director to watch.

Room for Let (Dir: Yuzo Kawashima) I’m scratching the surface of Kawashima’s career having watched four of his films but this one is my favourite. It is a warm-hearted and rambunctious tale of a bunch of oddball characters washed up in a mansion overlooking Osaka in post-war Japan. Everyone is unique and funny and dealing with their own mostly comedic problems and as we sort through them we get closer to them and begin to never want to part company. 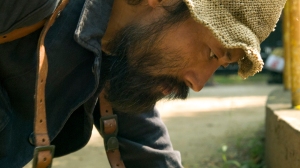 The Sower (Dir: Yosuke Takeuchi) This is a first-rate drama about how people deal with mental health as one man faces ostracisation from his own family after a tragedy occurs to an innocent. It features raw emotions that create harrowing moments of cinema but also life affirming ones that will make you see the value of human connections.

Interview with the director.

The Emperor’s Naked Army Marches On (Dir: Kazuo Hara) I watched this when I was just beginning high school and it had a massive impact on me because of the subject of the doc, Kenzo Okuzaki, an anti-establishmentarian who goes on a rampage across Japan looking to uncover the truth behind possible wartime massacres. Watching it again this year was a reminder of how boundary-breaking the man was as he defies cultural mores to bring justice to those who had their lives thrown away in war. 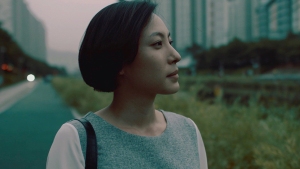 Here and Here (Dir: Yoshimasa Jimbo) A pregnant writer travels around Busan, South Korea, collecting people’s first memories but she is worried about the health of her baby. This turns from a travelogue of sorts into a spiritually moving tale but its done with simplicity of writing and direction. A beautiful film that had me choked up. I got to meet the director and lead actor and get their autographs.

Sweet Bean (Dir: Naomi Kawase) 2018 saw the world lose veteran actor Kirin Kiki so I reviewed this 2015 film. It is a story of characters isolated from society who form bonds and find themselves brought back to life. The characters face the unfairness of their lives and still manage to find beauty. Kiki’s character remains a source of positivity and hearing her talk about her emotions and background proved to be a massively moving experience in this quiet but moving film. It also helps that this is a beautiful thanks to the scenes bathed in the pink glows of cherry blossom trees.