I’ve had a busy week what with overtime at work, going down to London and then a get-together at a Japanese restaurant but it has been fun.

I’ve also been working through films on Donation Theater and other titles and it has been a varied selection of titles from CG anime about a kid jetting through space to save a planet populated by robots to live-action dramas about a young woman and a young musician finding confidence in themselves. There is so much to watch, it’s great. It’s fantastic seeing the film community stepping up to help others in their time of need. You can still donate to the site and help the people of western Japan recover from the floods.

I’ve watched more avant-garde films since the last trailer post and some great dramas. This week, I posted about a pink film festival as part of the trailer post, a news announcement of the Japan Society in New York screening Kiyoshi Kurosawa’s serial-killer thriller Cure and Nobuhiro Yamashita’s teen music drama Linda Linda Linda as well as a preview of the Japanese films at this year’s Raindance Film Festival. 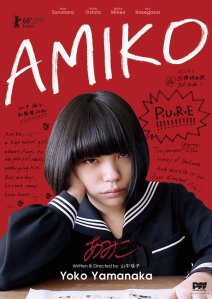 This special gem won the Audience Award and Hikari TV Award at the Pia Film Festival and was featured at the Berlin International Film Festival and it will be at Japan Cuts this month as well. It’s an excellent debut film from Yoko Yamanaka and shows a filmmaker who is unafraid to use the camera and her actors in distinctive and, crucially, fun ways to deliver a quirky comedy about a sucky first love. My review for this film was published some time ago! All I have to say is…

Synopsis: 16-year-old Amiko is convinced that “the Japanese are unable to dance spontaneously.” She’s just tried it out herself, with some strangers in a Tokyo underground passage. Believing that she’s had more than her fair share of days where she’d do absolutely anything, she’s left behind the provincial city of Nagano to head to the capital and take her heartthrob Aomi to task. A year before, she took a long winter’s walk with him and thought she’d met her soulmate, someone else like her who wonders in which phase of life there’s actually room for being happy. But then he disappeared, headed for Tokyo, together with Amiko’s nemesis Miyako of all people, the very “epitome of mass culture”, quite unlike her anti-bourgeois and wildly romantic self.

Synopsis: Nami (Ryoko Shinohara) and her old high school friend Serika (Yoko Maki) are in their 40s and dealing with real life. Nami is a housewife and Serika has cancer. Serika has a request: she wants to get her friends from the “Sunny” club they had in high school back for a reunion. Nami hunts each person down.

A film based on a novel by Yasushi Sato is usually something to take notice of after a series of good to great adaptations. Nobuhiro Yamashita’s Over the Fence is good, while Sketches of Kaitan City by director Kazuyoshi Kumakiri, and Mipo Oh’s The Light Shines Only There are great. The three are set in the author’s native city of Hakodate in the north of Japan but this film was originally set in Tokyo before being relocatedone has been The Japan Times review sounds like this film doesn’t quite fly. That’s a shame because there’s a great cast with Shota Sometani (Himizu), Shizuka Ishibashi (The Tokyo Night Sky Is Always the Densest Shade of Blue), and Tasuku Emoto (Dynamite Graffiti).

Synopsis: The unnamed protagonist (Tasuku Emoto), simply referred to in the credits as “Boku” is a slacker who works at a bookstore while sharing an apartment with his unemployed friend, Shizuo (Shota Sometani). “Boku” begins dating his co-worker Sachiko (Shizuka Ishibashi) and she gets roped into his hang-about life, but Shizuo soon gets involved and a love triangle develops…

Synopsis: A local community FM station in Nasukarasuyama has been set up to help revive the town and two chaps, Natsuo (Shunsuke Daito) and Ryuji (Takara Sakumoto), have arrived to run the radio station. What they need are local stories and two high school girls help them out. The big issue is a local festival, the “Yamaage Matsuri”, is in trouble, but the girls are here to save the day.

Synopsis: A group of people, including director Yoshihiro Nishimura, go to haunted spots and look for ghosts. The haunted spots are ruins, mountains, and abandoned factories. This is the second part of their adventures. 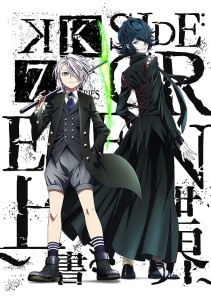 Synopsis: Nagare Hisui is the Green King and lurks in the shadow using a phone app called JUNGLE to give users of the app power. Gojo Sukuna and Mishakuji are both using JUNGLE and will eventually clash.

I Want to Eat Your Pancreas 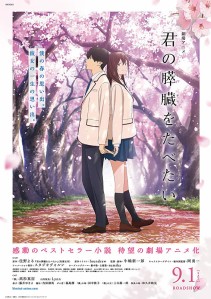 Synopsis: An unnamed protagonist finds the diary of a sick girl in a hospital one day. The owner is his classmate, Sakura Yamauchi, and she is suffering from a terminal illness in her pancrease. She only has a few months left to live. Sakura reveals that the protagonist is the only other person who knows about her situation. The protagonist resolves to be together with Sakura during her last few months.

Laughing Under the Clouds Side Story: Cherry Blossoms, the Bridge to Heavenly Wishes 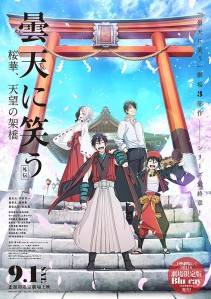 Synopsis: The Meiji era is underway and the ban on samurai is in full effect. The common people are disturbed by rapid Westernisation and the sweeping away of the old order. The government is concerned with the increased crime rate that has resulted from this dissatisfaction and has built a new prison and commissioned the three brothers of the Kumo family with the duty of transporting criminals there. Of course, the three lads get into adventures and these adventures happen before and after the main storyline.