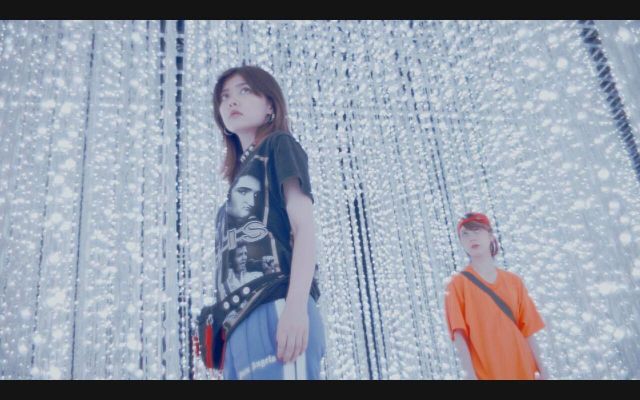 I hope everyone is feeling great!

I’ve had a good week watching some fantastic films and enjoying the good weather the UK is experiencing. I also got a lot festival press work done months in advance of an event with a press release, synopses, and contacts ready to go out.

The New York Asian Film Festival kicked off yesterday and two of my reviews have gone live on V-Cinema: The Hungry Lion and Dynamite Graffiti and there are a couple more waiting to be published. Over here on this blog I published a review for TOURISM and an interview with the director of TOURISM, Daisuke Miyazaki. 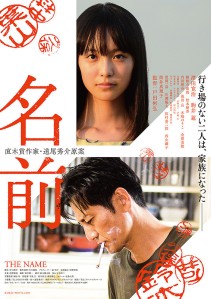 I saw this one at the Osaka Asian Film Festival and thought it was a solid drama. Since then, the film has travelled around the world and others are enjoying it. I hope plenty of people get to see this film.

Synopsis: Moriya city in Ibaraki is a quiet place with residents who lead simple lives. Everyone, apart from a lonely angst-ridden bachelor named Masao Nakamura. Since losing his business and becoming penniless, he has adopted multiple identities to get by: Yoshikawa, a big businessman, Suzuki, the happy family man, Okubo, the doting husband who quit Tokyo to look after a sick wife. When his ruse about the sick wife is about to be exposed as a lie at work, a schoolgirl named Emiko Hayama steps in from out of nowhere and pretends to be his daughter.

Emiko is another person who loves to lie. Instead of facing a lonely home run by a single-mother, the girl hangs out with Masao and the pair strike up a friendship. It fills a gap in their lives but their lies hinder them from overcoming inner-turmoil. At some point a fake dad and a fake daughter will have to face their suffering in order to move on. 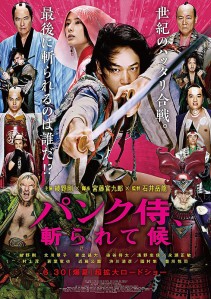 Punk-rocker Ko Machida’s novel is given the big screen treatment by Gakuyu Ishii of ELECTRIC DRAGON 80000V, Angel Dust and Bitter Honey fame and the cast is full of super-talented actors!

Synopsis: Junoshin Kake (Gou Ayano) is a ronin eager to get nto the service of the Kurokaze plan s he concocts a lie about a doomsday cult called the Bellyshakers agitating for violence. He finds himself caught up in his own lies, the schemes of two clan retainers, the cult, and a whole host of other plans and plots from a bunch of weirdos such as a telekinetic imbecile and a talking monkey warlord. 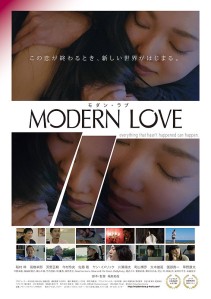 Synopsis: Mika (Azusa Inamura) is doing her Master’s degree in theoretical physics while working part-time at a travel agency. Her head is stuck in the past because she is unable to get over her boyfriend who disappeared five years ago. When  NASA announces the discovery of a new planet in the solar system, Emanon, where life might exist, Mika’s world changes. After experiencing déjà vu and meeting a version of herself she comes to think that Emanon might have caused a parallel world to intertwine with hers. 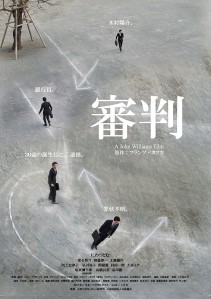 As soon as I saw the name John Williams, I pictured the American composer famous for the Indiana Jones movie scores but thought about the wonderful film Starfish Hotel (2007), which the British director made some time ago. It’s good to see he’s still working!

Synopsis: Kimura (Tsutomu Niwa) is a banker who wakes up on his 30th birthday to be greeted by two strange men in his room. They arrest Kimura but don’t specify what the crime is. Kimura protests his innocence but gets cast into a labyrinthine criminal proceeding where he is swallowed up by the system…

The Negotiator: Behind the Reversion of Okinawa 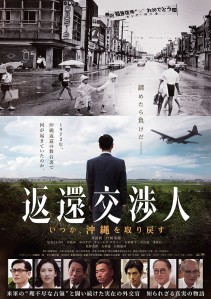 Synopsis: This is based on the real life figure of Kazuo Chiba who headed down to Okinawa to prevent the island from becoming a staging point in the Vietnam War and also hosting nuclear weapons. 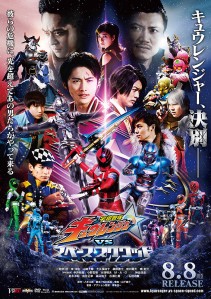 Synopsis: Taking place 4 years after the climactic events of the TV series, the peace of the universe is shattered when Hammie/Chameleon Green attacks the Rebellion and steals the newly developed Neo Kyutama. The Space Federation declare Hammie an outlaw across the universe but Lucky/Shishi Red and some of the Kyurangers decide to fight for Hammie to find out what is really happening with the fellow, causing a rift amongst the Kyurangers. 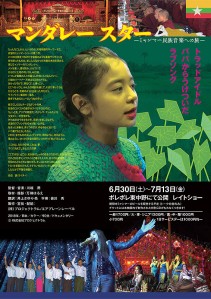 Synopsis: Jun Kawabata is a composer, photographer, producer and film director and he’s interested in the folk music of Myanmar. This is his second documentary where he seeks out the true sound by looking at traditional instruments and unique singers who take part in a concert. His focus is the city of Mandalay.

Let’s go! Anpanman: Shine! Kurun and the Star of Life 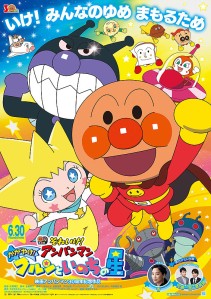 Synopsis: It’s almost time for the annual Star Festival and everybody is happy but when black stars start falling from the skies everybody starts freaking out. Could something be wrong with the Star of Life and could it be connected to a mysterious boy named Kurun who has joined the community? 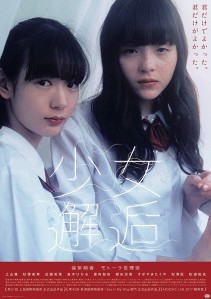 Synopsis: Miyuri Obara (Moeka Hoshi) is a shy girl and a victim of bullying at her school. Her only friend is a silkworm, but the bullies discover it and throw it into a forest which leaves Miyuri terribly upset. What happens next is something magical: Tsumugi (Serena Motola), a teen girl, steps out of the trees and becomes Miyuri’s best friend. Their bond is deep but is it a normal human one or something more magical?

Bridge to Tomorrow Memories of 1989 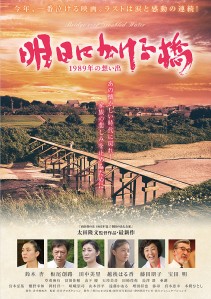 Synopsis: Miyuki (Anne Suzuki) is an office lady who works in a provincial town. In 1989, a terrible car accident killed her younger brother Kenta and broke her family, her mother (Misato Tanaka) becoming ill and her father (Itsuji Itao) an alcoholic and a bankrupt when the bubble economy burst. One day, when she crosses Ashitabashi bridge, she remembers the rumour that it can make wishes come true and so she makes a wish to go back to 1989 to prevent the accident and save her family who she meets but she faces various challenges. 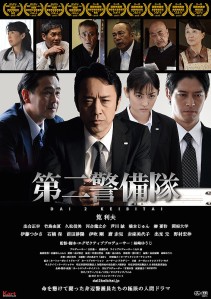 Synopsis: A private security firm are called in the protect a priest and politician.