We made it through to another one.

It has been a manageable week split between proofing a game, practising for and conducting a Japanese language/culture lesson and then still writing about films. I covered some reviews for Mamoru Hosoda’s latest anime, Mirai and then posted about the two Japanese films at the Edinburgh Film Festival, and posted a review for the film, Goodbye Silence. I also performed some maintenance on this blog by updating dead trailers and putting in links.

What is released this week? 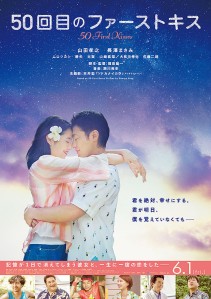 Synopsis: Oahu, Hawaii is a dream paradise and it is here that Japanese tour guide Daisuke Yuge (Takayuki Yamada) meets Rui Fujishima (Masami Nagasawa), his dream girl. The only problem is that due to an accident, she suffers memory loss and she cannot remember him the day after their dates… 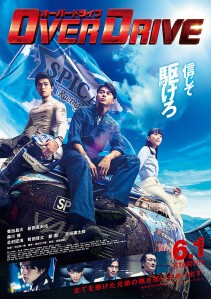 Synopsis:  Spika Racing Factory is built on the back of two brothers: Atsuhiro Hiyama (masahiro Higashide), the chief mechanic and engineer, and Naozumi (Mackenyu Arata), the young and reckless driver setting hearts and the race track aflame with his driving skills. They compete in te Seiko Cup Rally Series, hoping to make it to the World Rally Championship but Naozumi’s reckless style of driving causes friction. That is, until Hikaru Endo (Aoi Morikawa) becomes his manager.

The Yamasato no Uta

Synopsis:  Tamba is a small city in the Kansai region which is desperate for some good news thinks it has struck gold when the bones of a new kind of dinosaur are discovered by children. They name it the ‘The Tamba Dragon’ and hope to make some money. The mayor drafts a former staff member from a trading company to make money.

Synopsis: Writer, director, and lead actor Koji Kiryu takes on the role of Mitsuo, the lead singer of punk rock group “Uma no Hone”. Sounds glamorous but that’s something on the side. In reality, he’s a middle-aged man who works for a construction company until he gets fired. After leaving the employee dormitory, he moves into a share house where he meets a young woman named Yuka (Fujiko Kojima), an aspiring singer-songwriter who works in an idol unit. The two begin to work together…

Even: Song For You

Synopsis:  Rin (Jin Shirasu) may be a popular singer but he still had everyday problems as seen in the way he gets into an argument with the girl he is about to propose to, Mami (Maya Okano), and then gets into a traffic accident. Also involved in the accident is Takehito (Dori Sakurada), the singer for the unpopular indie band “Even”. The two swap bodies and when Rin wakes up at the hospital, he realises what happened and joings forces with the guys in “Even” to make a song for Mami. 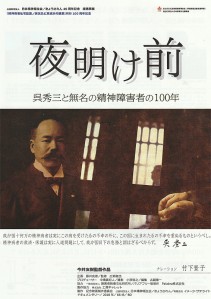 Synopsis:  A documentary about Shuzo Kure, the man who modernised psychological treatment for the mentally ill in the Taisho period. It is 1918 and our esteemed professor works for the psychiatry department at the University of Tokyo. He investigates how mentally ill people are being confined and the prejudice they face. He worked to change how society treated people and we see his legacy. 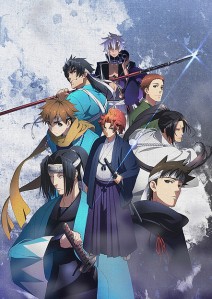 Synopsis: In the dying days of the Shogunate, an elite cadre of swordsmen known as the Shinsengumi are trying to maintain order. Tetsunosuke Ichimura is one of these fierce warriors and he is stationed in Kyoto. He has a secret past which is unveiled over the course of the manga/TV anime but this, the first of a two-parter film, which shifts things to a side story taking place in Osaka and Fushimi when Tetsunosuke falls for a girl.

4 thoughts on “The Yamasato no Uta, Over Drive, 50 First Kisses, PEACE MAKER Kurogane Path of Thoughts, Yoake zen kure shūzō to mumei no seishin shōgai-sha no 100-nen, Even: Song For You, Uma no Hone, Japanese Film Trailers”