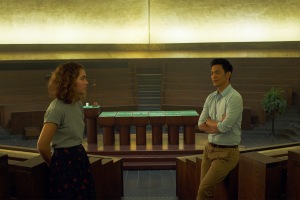 I hope everyone is fine and dandy!

I’ve been busy at work conducting Japanese language/culture classes as well as doing my regular job. On top of that, I’ve managed to squeeze in time to do some writing. I posted about Kore-eda Hirokazu winning the Palme d’Or at Cannes on Sunday and followed that with an interview I had with the incredibly talented Hayami Moet, director of Kushina, what will you be, at the Osaka Asian Film Festival. I then posted a review for the American indie film Columbus which I saw at the same festival. V-Cinema posted my interview with the team behind Bad Poetry Tokyo and the director Takayama Kohei, both of which were conducted at, you guessed it, the Osaka Asian Film Festival!!!

I’ll be continuing with the lessons in the next week but I have started a new anime, Golden Kamuy. It’s pretty freaking brilliant.

What’s released this weekend in Japan? 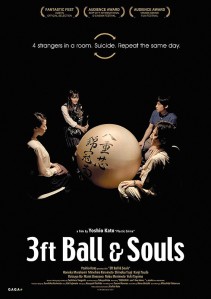 Yoshio Kato, director of PLASTIC CRIME. He was inspired to become a movie-maker after watching Family Game (1983). This was at the Tokyo International Film Festival last year.

Synopsis: A group of four people gather together to commit suicide with a giant firework. However, after the explosion, the four are returned to just before their meeting. And it keeps happening. Three start to get the idea that the school girl in their group is actually from the future and try to persuade her not to join in… 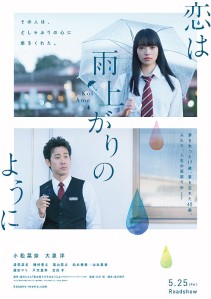 Synopsis: Akira Tachibana (Nana Komatsu) is just 17 but her life has hit a speedbump and she’s not sure what to do. An injury has curtailed her athletics career and she’s all adrift until she meets 45-year-old Masami Kondo (Yo Oizumi), the manager of a family restaurant. His kind manner convinces her to take on part-time work there and it also convinces her heart that there’s something more… 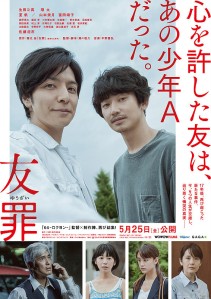 Synopsis: Junichi Masuda (Toma Ikuta) is the new guy at a factory in a small town. He’s pretty honest about his background. He failed in his attempt to become a journalist and isn’t sure what to do next. His co-worker Hideto Suzuki (Eita) is the complete opposite. Secretive and a bit of a loner, Suzuki doesn’t open up about his past. However, he slowly becomes friends with Junichi. This happens around the time that a child is killed in a nearby town. Masuda researches into that case and a series of child murders from 17 years ago and stumbles across an image of a boy who looks like Masuda... He decides to write an article on Masuda while befriending him and discovers a disturbing story.

What a Wonderful Family! 3: My Wife, My Life 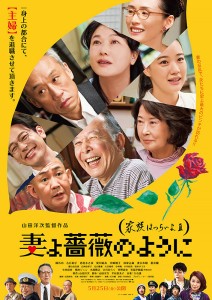 Synopsis: The dysfunctional Hirata household is back and on the brink of another crisis when matriarch Fumie (Yui Natsukawa) finds the money she has saved over the years has been stolen and when her husband Konosuke (Masahiko Nishimura) becomes indignant that she even thought of saving money behind his back, she flies the coop leaving the house in disarray. 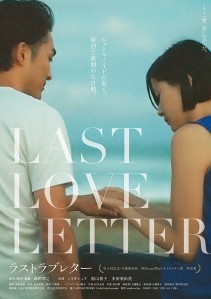 Synopsis: Set in the not so distant future, a woman named Akiko brings her husband back from the dead via an android that will operate for two weeks. She and her “husband” live together again… 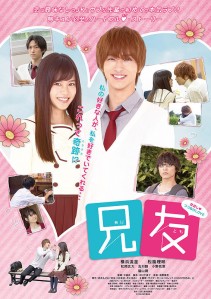 This one features the actor Karin Ono who was in the fantastic and fantastically freaky Ordinary Everyday. 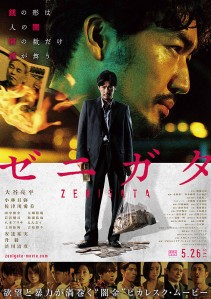 Synopsis: Tomio Zenigata (Ryohei Otani) and his younger brother Shizuka (Katsuya Kobayashi) run a backstreet bar in a fishing port. They also double-up as money-lenders dealing with a variety of customers.

The Man From the Sea 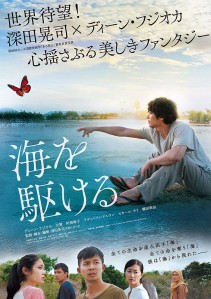 Synopsis: Atsuko (Mayu Tsuruta) and her son Takashi (Taiga) are two Japanese people who live in an Indonesian town by the sea with the intention of helping the locals. The place was ravaged by war and a tsunami but good things start happening when Atsuko finds a man washed up on a beach. This mysterious fellow speaks broken Japanese and Indonesian and is taken into their care. They name him Rau (Dean Fujioka) and he starts to wander around. Soon, news reports tell of him performing miracles and saving lives. 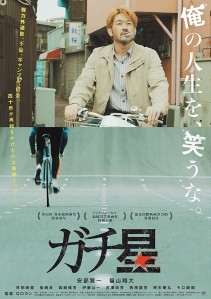 Synopsis: Koji Hamajima (Kenichi Abe) has given up as a father, husband, and as a professional baseball player. He spends his time languishing in pachinko parlours around Ogura, Fukuoka Prefecture. Pushing 40, he decides to change his life by attending a bicycle racing school but finds the harsh reality a shock to his system as a combination of brutal training and instruction from the coaches and younger cyclists batter his resolve. Can he hang on? 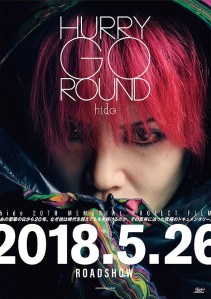 Synopsis: Hide, the former guitarist of X Japan who died at the age of 33 in 1998, is still ma beloved musical icon in Japan and this documentary looks at the final days of the musician visiting places related to the man. The guy leading the film around his Yuma Yamato, an actor who has appeared in many films including the Chihayafuru trilogy. 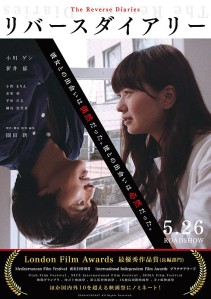 Synopsis from IMDB: A novelist Rihito Shiraishi meets Saki Honda, a somewhat eccentric woman, and he is attracted to her. Triggered by Saki’s suicidal attempt and reading her diary, Shiraishi recognizes that their encounter was not a coincidence. United by an airplane accident, they start to face their true selves eventually, influencing one another.

Starring: The guys the third generation of J Soul Brothers from Exile Tirbe

Synopsis: A documentary on the third generation J Soul Brothers from EXILE TRIBE to coincide with their new album, FUTURE which is released on June 06th. 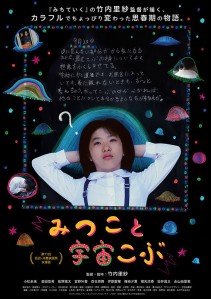 The director was at the Tokyo International Film Festival last year as one of a new generation of talents getting support in SHINPA 6.

Synopsis: Mitsuko (Miku Komatsu) is a middle-school student with an obsession over humps. Do they contain aliens? Galaxies? The secret to life? She needs to know. If she can find out, she can answer all sorts of questions! 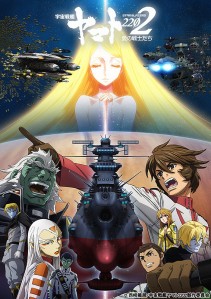 Synopsis from ANN: Three years after the Yamato’s return from the planet Iscandar. The people of Earth restored their planet with the Cosmo Reverse System, and they signed a peace treaty with Garmillas. In addition to reconstruction, Earth developed a new defense fleet that includes the state-of-the-art battleship Andromeda. The Earth goes down a path of military expansion, despite Starsha Iscandar’s wishes. The Yamato helps accomplish this so-called peace, but it comes at the price of many invaluable sacrifices. The goddess Teresa, who prays for tranquility in space, calls the Yamato to a new voyage. The threat of Gatlantis is sweeping over the universe and approaching Earth.

This is the final film in a trilogy recounting the events of the TV anime.

Synopsis: Following the conquest of Japan, The Empire of Britannia has near domination of the world . It has renamed Japan Area 11 and rules the country with a ruthlessness that doesn’t duck away from killing innocents. One Britannian named Lelouch vows to free the country after getting caught up with terrorists and meeting a young girl who gives him the power of Geass, which makes anyone obey any order…