The Osaka Asian Film Festival is a fun event to attend and also serves as a highly informative window into migration of Asians around the world. One short film that really struck a chord with me was Night Working (2017). Set in Korea, it takes two women, Lyn, a young Cambodian migrant worker, and a working-class Korean named Yeonhee, and shows how the youthful generation are facing the same hardships and have the same desires and are looking for hope elsewhere.

Their stories are told with simplicity and heartfelt kindness through mirroring and parallelism of lives and actions. Both work the night shift at a small port-side factory in Incheon. They are trying to earn as much money as possible to send back to their families and better their lives.

Narration from a letter Lyn is in the process of writing to her mother opens the film along with scenes of her daily life and as she narrates we see how she overcame initial fears of being alone and established a bond with Yeonhee and we get a lovely shot of them cycling to work during the onset of dusk. 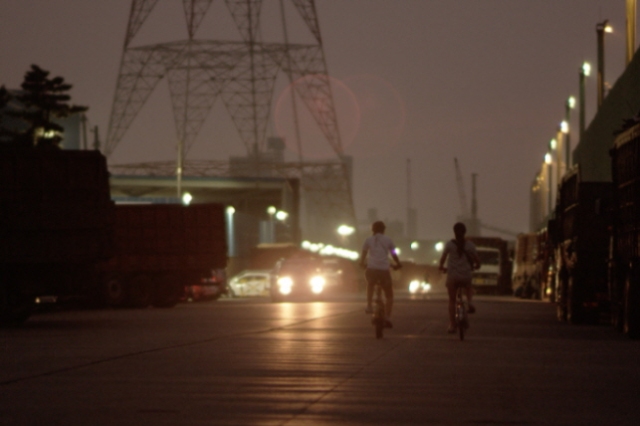 The story shows the friendship the two have built and how, for Lyn, her shared sense of kinship with the seemingly confident Yeonhee helps her cope with their boss’ unfair treatment at work. Lyn is in a stable place. Lyn is happy. This connection means a lot. All she wants is simple. She tells Yeonhee:

The narrative then shifts to Yeonhee who has uncertainties about her own life and a desire to escape Korea and move to Australia. It is here that writer/director Kim Jung-eun shows the changes in emotions and relationship status between the pair.

The film does this by making the characters mirror each other’s movements until they almost merge into figures with the same emotions and determination to move forward. The camera peers through windows at the two working, there is the same camera placement when we see them sit in the same place public places contemplating the same things and sharing the same look of being disconcerted over their status captured in similar close-ups on their faces. The sound of constant chatter mirrors the confusion of thoughts for the two. Later scenes shot in quieter areas show the re-assertion of calm.

These two women are from different backgrounds but the same generation and they face the same problems and as the film plays out we see Lyn gain confidence because the departure of Yeonhee forces her to strengthen, she has no other option. This is demonstrated in one scene when she is stood tall over Yeonhee who finally understands Lyn and her reality since she is about to take on the position of an immigrant in a foreign land.

The best method of showing their similarity, however, is through an exchange of intimate letters and personal conversations between the young women and their mothers. This is something nearly everyone in the audience will feel and the characters reveal their true thoughts about being immigrants and how the four women share the same feelings. It is hard not to be moved by the maternal voices of concern and care. 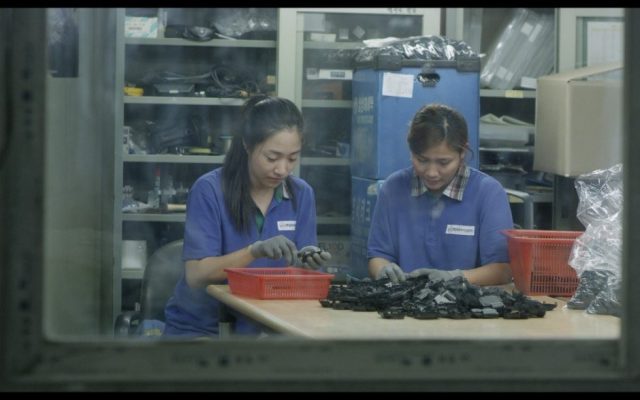 The symbolism of a broken bicycle being fixed is obvious but leads to a scene of the ladies luxuriating in travel and since this is set in Incheon and about migration, the sound of the sea means the constant tug of travel and possibilities. The outcome is totally up to the youngsters. Whatever happens, they will work hard.

Director Kim Jung-eun was born in Incheon and has worked as an assistant director for many films but has also directed many shorts some of which are about young people transitioning to adulthood. Her direction and writing here are indicative of someone who forms a connection with her characters and portrays them in naturalistic ways so it will be interesting to see what a feature film from her would be like.

This female lead film with a pan-Asian cast is only 27 minutes but its simply told tale of transnational friendship and the support of friends and mothers will strike a chord with anyone who has travelled. Its inclusion in OAFF 2018 shows how progressive the festival is and how OAFF has been valuable in showing the movement of people, their integration, the hardships faced and the human connections made that get people through tough times.