Taking place in Yurakucho as Yurakacho Asahi Hall, Tokyo FILMeX offers English-subtitled films from across Asia. It runs from November 18th to the 26th and during that time, filmmakers will appear to show off their latest works and take part in industry events aimed at strengthening Asian cinema. Some of these titles have already hit the festival circuit and won awards. There are three Japanese films due to be screened and they all look special as do all the other films from various parts of Asia.

Here is the trailer for the festival and the films will follow. Click on a title to be taken to the festival page: 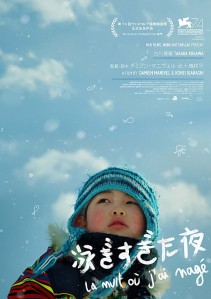 Kohei Igarashi, (Hold Your Breath Like a Lover) and Damien Manivel (A Young Poet, The Park) met at Locarno earlier this year and decided to collaborate. The resulting film was unveiled at the 74th Venice Film Festival in the Orizzonti category back in August. I missed it at the time but it has turned up at Tokyo FILMeX and it looks special since it charts a magical day in the life of a little boy who takes a detour from school and explores his local area. No dialogue, just the sound of the world coupled with images that show the young character demonstrating the innocence and curiosity of a child his age. This film is in the Competition section.

Synopsis from the Venice Film Festival: Snow covered mountains in Japan. Every night, a fisherman makes his way to the market in town. His 6 year old son is awoken by his departure and finds it impossible to fall back to sleep. In the sleeping household, the young boy draws a picture he then slips into his satchel. On his way to school, still drowsy, he strays off the path and wanders into the snow…

The next two films are in the Special Screenings section:

Sion Sono (Suicide Club, Love Exposure) is back. Adapted from the Amazon series, Tokyo Vampire Hotel sees two vampire tribes go to war as the world faces an apocalypse. The series is based on an original screenplay and stars actress Kaho (Puzzle), Ami Tomite (Antiporno), Yumi Adachi; and Megumi Kagurazaka, the director’s wife who practically stars in most of his films post Cold Fish. It was filmed in Japan, and also in Transylvania and Romania, including Dracula’s Castle. Here’s an article over at The Japan Times.

Synopsis from The Japan Times: A vampire clan holes up in an impregnable hotel, with trapped humans as a food source, as civilization collapses outside its doors.

Manami (Ami Tomite) night starts off great as she is celebrating her 22nd birthday in a pub in Shinjuku but it all ends in a bloodbath when she is caught up in a massacre. She’s the only survivor and now that she’s 22, she has access to special vampire powers. This isn’t random. It turns out she is connected to the Dacula clan, something she finds out when she is followed by a mysterious woman who calls herself K (Kaho) and a mysterious man named Yamada. Both are vampires from rival clans and both want Manami… 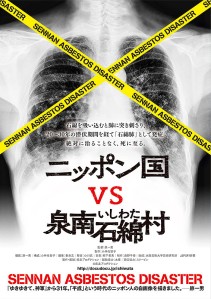 Kazuo Hara is an award-winning documentarian famous for The Emperor’s Naked Army Marches On (1987). This one was at the Yamagata Documentary Festival and Busan. 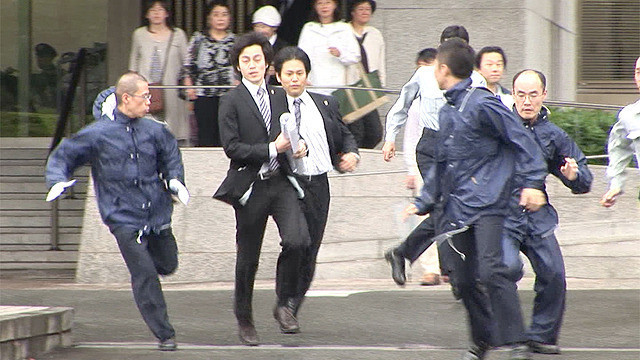 Synopsis: Kazuo Hara spent ten years documenting the legal struggles of people who formed a workforce exposed to asbestos as they worked in factories in the Sennan area of Osaka. The victims and their families were mostly ill-educated or Koreans conscripted during the colonial period and were unaware of the lethal nature of asbestos. The government was aware but failed to protect the 1000s of workers. We see Kazuo Hara keep track of the dwindling number of victims as a lawsuit is filed against the government in this documentary.