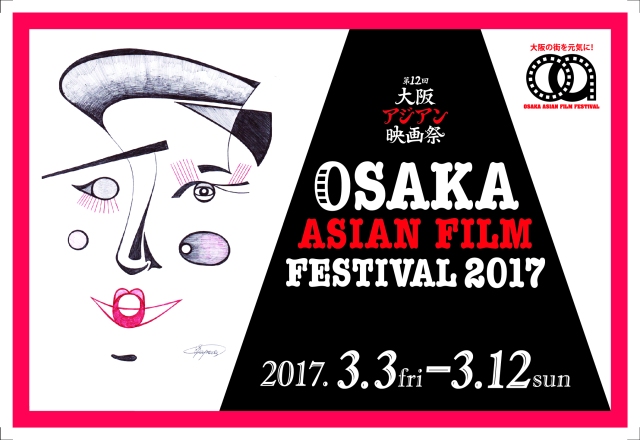 The organisers behind Osaka Asian Film Festival have started the slow trickle of information about what films will be screened and the events that will take place before and during its run from March 03rd until March 12th. The festival will have entered its 12th year of existence with this edition and it looks set to be bigger and better than ever with many pre-festival events and a selection of films that will undoubtedly entertain and enthral people from Osaka and beyond.

In terms of films, the Osaka Asian Film Festival is one of the most exciting entertainment events in Japan because it is the premier place to watch many high-quality Asian films and home-grown movies. This includes a strong showing of local indie productions and local directors who get the chance to showcase their works to a diverse and dedicated audience of cinephiles as well as a general audience. As someone who loves Japanese films, this sounds great because Osaka has emerged as one of the focal points of interesting film making in Japan thanks to Osaka University of the Arts producing talented directors and groups like Cineastes Organisation Osaka (CO2). This is the ideal place to witness emerging talent.

The event aims to do more than just screen films as it acts as a chance for locals to showcase the city to the world by inviting a global audience into the city to watch a plethora of films while also connecting people in the creative and cultural industries from across Asia in one place and across a series of events from workshops to talks and even a book fare, all of which will help develop Osaka and cinema.

Here’s what has been announced so far:

Talk about opening with a bang! Osaka is a city full of energy and grit and this film certainly has it with legendary Hong Kong action star Kara Wai (Rigor Mortis, At the End of Daybreak) and Simon Yam (Fulltime Killer, The Thieves) are foes in this explosive film that seems to reference Tarantino and play on Kara Hui’s action woman back-catalogue, something she developed from the days of The Shaw Brothers to now. The reviews on The Hollywood Reporter and Screen Daily assure me that this will be a crowd-pleasing action film and those who grew up with Hong Kong films of the ‘70s and ‘80s will totally be in love with this.

Synopsis: Mrs K (Kara Wai) is a housewife who lives in a quiet suburban neighborhood with her husband, a doctor (Wu Bai), and her teenage daughter (Siow Li Xuan). She seems like a harmless middle class woman until confronted with danger, something that appears in the form of a corrupt cop (Tony Liu) whose arrival at her home is an unwelcome appearance she sees off. This is just the start of a series of violent events linked to Mrs K’s past which is all revealed when Mrs K’s daughter is kidnapped by a deadly figure from her past (Simon Yam). To save her daughter, Mrs K will have to shed her clean-cut housewife image and reveal her deadly self…

Parks was created to celebrate the 100th anniversary of Inokashira Park, a cool area in Kichijoji and it features a zoo, lovely grounds to walk through, and the totally awesome Ghibli Museum. I’ve walked through the park a couple of times, the best being shown around the Kichijoji area by a friend last November when we talked about various things and stopped off at landmarks.

The film has been written and directed by Natsuki Seta, an Osaka-born female director who made a name for herself with her 2011 debut commercial feature, A Liar and a Broken Girl. She was supported by the Osaka Asian Film Festival early in her career when her film A Letter from Elsewhere was programmed. This feature stars Ai Hashimoto (The Kirishima Thing, The World of Kanako), Shota Sometani (Himizu, As the Gods Will), and Mei Nagano (Rurouni Kenshin) so it’s sure to have great acting. No trailer but plenty of images. Shota Sometani was one of the leads in her film A Liar and a Broken Girl. Here’s my review of the film.

Synopsis from the festival site: University student Jun (Ai Hashimoto), living near Inokashira Park, has a visit from a high school girl, Haru (Mei Nagano). They search for Haru’s late father’s ex-girlfriend, who sent a letter to the father. However, they find the ex-girlfriend’s grandson Tokio (Shota Sometani) and he says the woman has passed away. Tokio finds a roll of reel-to-reel tape in his grandmother’s belongings, a recording of a love song that Haru’s father made. Due to tape damage, they can’t listen to the full song, so the three try to recreate the missing parts to complete the song.

OAFF will hold a welcome Party for our guests, sponsors/supporters.

A number of symposiums and talk events, featuring participating filmmakers, will be held during the festival.

We will exhibit posters of selected films from OAFF 2017 and past festivals in various venues.

We hold special seminars, including Asian film seminars by the OAFF programming director Sozo Teruoka, and a seminar on film subtitling. We also cooperate with several universities to broaden the supporter base for moving image culture.

More information about the program is available here.

The beginning of the year is always a busy one when it comes to film festivals since Rotterdam and Berlin showcase their programmes and start screening things. Add the Osaka Asian Film Festival to that list because it goes live in March. Last year, I wrote about the festival and was enthusiastic about the support for local film makers but this year, for the first time in my life, I am in the city of Osaka and I am helping out at the festival in a variety of roles. It’s quite an honour to get this chance. During this time, I hope to watch and review films but my primary focus is on ensuring that the festival is a success. To that end, here’s some information to help let people know what’s going to happen. Keep following my blog and V-Cinema to find out more about what will happen during the festival.