I have been reviewing films for V-Cinema but when it came to Japan Cuts I had a car-crash moment when my computer suffered a breakdown during a teaching course. Problem solved but two months late, here’s the review… and I’m publishing it from Japan… 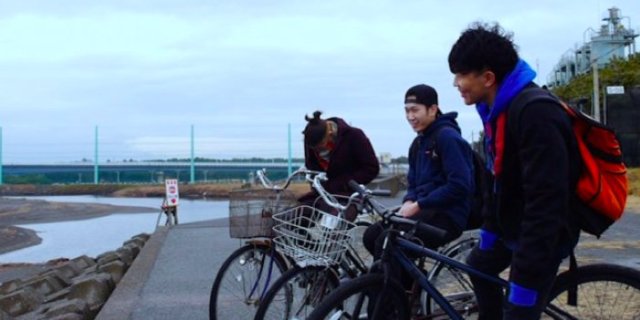 A Road is the debut feature-length film directed, produced by and starring Daichi Sugimoto. He is a young tyro still at university but already making a name for himself based on this film which has toured major international film festivals such as Berlin and Japan Cuts and it has won major awards such as the 2015 PIA Film Festival’s Grand Prize. Taking inspiration from his own life Sugimoto has made what is essentially a mixture of documentary and drama, asking the questions of at what point on the road to adulthood do we stop trembling with excitement at the prospect of the mundane things and greet the world with a sigh of indifference and is this change in feelings inevitable?