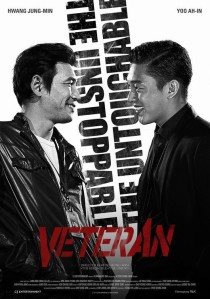 Ryoo Seung-Wan follows up The Berlin File (2013) with this much more light-hearted action romp taking aim at the Chaebol, family-run mega-conglomerates that dictate much of the financial and business side of Korea. There is little sophistication in terms of its story which uses broad brushstrokes to illustrate a world where a dedicated team of cops take on an extremely violent, criminally corrupt and callous corporate playboy who abuses his powers in ludicrous ways. 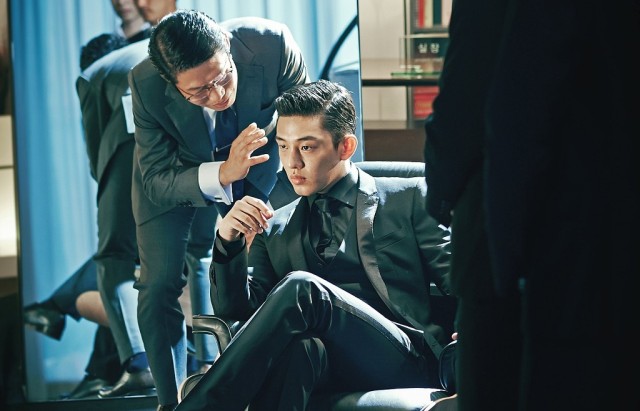 The playboy in this film is the baby-faced Cho Tae-Oh (Yoo Ah-In), an executive at Sin Jin Trading who dresses sharply and has a smile to die for. As the son of the CEO’s second wife he is battling his siblings for control of the company and must be seen to be doing a good job if he wants the glory. While most people can accept being denied something or having to work hard, Tae-Oh’s family connections see him treated like a prince and so when he doesn’t get what he wants, oh boy.  Beneath the cute exterior lies a cocaine-fuelled sadistic psycho who trashes his office, beats up his bodyguards, threatens his staff. His biggest problem is his hair-trigger temper which is unleashed whenever he doesn’t get his way in business and life. Normally, he is a spoilt brat who has no problem humiliating people in order to dominate them and likes to throw parties where underage girls and hard drugs are passed around by politicians, plastic surgeons and pretty boys looking to go wild for a night. Nobody is untouchable in his world…apart from him. This leads to him putting a man in a coma.

Said man is Bae (Jung Woong-in), a truck driver who joined a union along with his fellow drivers and was dismissed without full pay by a subcontractor working for Sin Jin. The man’s protest over being fired leads him straight to Tae-Oh’s office (alongside his cute son) where the corporate prince revels in some horrific brutality that leaves Bae hospitalised after an incident that is near murder. Tae-Oh does everything he can to keep himself from facing justice – all he needs to do is apologise and offer compensation but this guy is so arrogant that he covers it up and it escalates from a beating to attempted murder. Still, there’s a lot at stake and many people to buy off…

Enter Tae-oh’s cousin, senior VP (because this is a family business) Choi (Yu Hae-jin) who is assigned babysitting duties, cleaning up his Tae-Oh’s murderous mess by channelling money and power where it needs to go. A little social commentary about corruption in Korean society emerges as we see the slimy tentacles of this character and big business are shown reaching everywhere from the media to the police and those on the take can benefit quite lavishly and easily just by saying yes and looking the other way. Things such as paying for a kid’s education to foreign travel, securing careers for relatives in offices and even getting to be hired by talent agencies and becoming an actor are on offer if you know the right people. Tae-Oh is that sort of person and so when he needs a favour, well, you don’t say no. Unless you have a sense of moral justice. 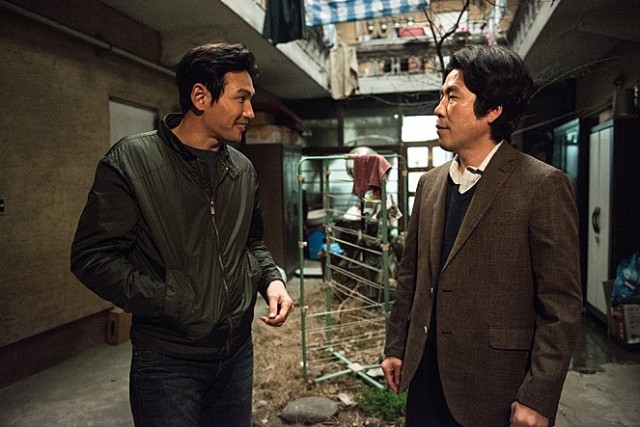 Justice is delivered through the antics and righteous indignation of a small band of cops who believe in the mantra, “we may not have money, but we have integrity.” They are more or less led by Detective Seol Do-Cheol (Hwang Jung-min), a loose-cannon cop who we have already been introduced to as he almost single-handedly takes down a gang of smugglers dealing with dodgy Russians in Korea’s famous (or should that be infamous) port city of Busan. During that operation he struck up a friendship with Bae and his young son and showed some working-class solidarity in dialogue where the two discuss men and women not having everything handed to them on a plate and they have to work hard to put their kids through school. If Tae-Oh is a simple commentary on the over-excesses and privileges of an elite gone out of control, these normal guys are who most in the audience will be rooting for and so when Bae gets his beating, the audience will be cheering Detective Seol Do-Cheol for having the guts to stand up to the corruption and fight for old-fashioned values such as justice, honour, decency, and hard work.

With the characters on the bad guys side being a bunch of corrupt officials or automatons in flashy suits with slick-backed hair who are too scared to go against Tae-Oh, Seol Do-Cheol and his cohort of clean cops provide a relatable cast of characters thanks to their less-than-perfect (and thus comedic) approach to investigations. These guys and gals bicker, stumble, grouse, and fight criminals and do so with a firm sense of justice and with unique personalities that emerges in their dialogue and actions. A lot of comedy in the teams interactions with one another such as the team’s idolisation of Miss Bong (Jang Yoon-Ju) who flies across the screen when performing her high kicks, a loyal boss named Oh (Oh Dal-Su) who complains about having to clean up every mess but can fight with the best of them and usually in a comedic manner as well – shoes versus knives and a near miss for his manhood! These characters also allow women to have strong roles, something notable after spending time with Tae-Oh who denigrates the females who are around him. Miss Bong fights with gusto and Seol Do-Cheol rebuffs the corrupt offerings of Sin Jin during an attempted bribe.

With Tae-Oh, Yoo Ah-In does well as a caricatured character we are meant to hate in the many scenes of debauchery and anger that allow the audience to hate him. Hwang Jung-Min operates as an almost similarly broadly painted hero in Seol Do-Cheol, someone who the audience will root for considering his cheeky grin, flashy Taekwondo skills, nerves of steel and sense of justice. He is confident and charming and a good guy and so when Tae-Oh and Seol Do-Cheol face off in a final chase sequence and fight in a brightly lit street somewhere in downtown Seoul there is great entertainment in seeing the sparks fly. This is the highlight of the film as Seol Do-Cheol demonstrates more bravery by taking a beating instead of just dealing it out as he uses social media to ensnare his rich and arrogant foe. 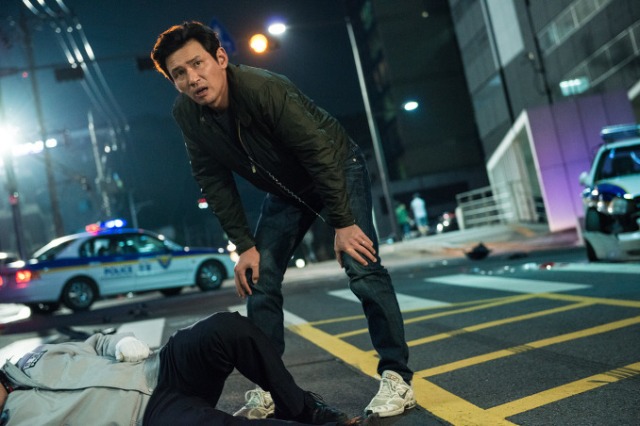 Overall it’s a bit of a confection and easily forgettable once it is done but the final fight provides and the action is cool. Despite the lack of complexity it is well put-together and highly entertaining so give it a go.