London on February 27th during the Asia House Film Festival 2016. The venue it will be screened at is the Regent Street Cinema, which is located near Oxford Circus, The film will be preceded by a short and both will be shown from 15:00 and expected to finish at 17:00.

I wrote a preview about this film in December 2014 and I’m still excited by it since it is the prequel movie to Shunji Iwai’s wonderful 2004 coming-of-age film Hana & Alice which was the break-out title for two totally talented actors Yu Aoi (Megumi in Rurouni Kenshin, and Tanyu in Mushi-shi) and Anne Suzuki who respectively starred as Alice and Hana, two school girls in an intense friendship who both experience love for the first time. Hana to Alice: Satsujin Jiken tells the story of how the girls first met and it is apparently through the world’s smallest murder case.

The Case of Hana & Alice

Newly arrived in small-town suburbia with her divorced mother, middle-school age transfer student Tetsuko Arisugawa (Arisu or ‘Alice’ for short) finds herself the victim of bullying by her classmates and seeks solace through dance. She soon learns of an urban myth about a mysteriously vanished former student called Yuda (Japanese for ‘Judas’) who was allegedly murdered by four of his classmates. Hana, a reclusive girl who lives in a house bedecked with flowers next door, seems to hold the key to the mystery, and together the pair soon embark on a wild and unpredictable series of suburban escapades.

Single film ticket prices: Adults £11; Senior/Student/Unemployed/Associate cardholders £10; Children under 16: £7. Tickets for this film should be purchased on the Regent Street Cinema website. 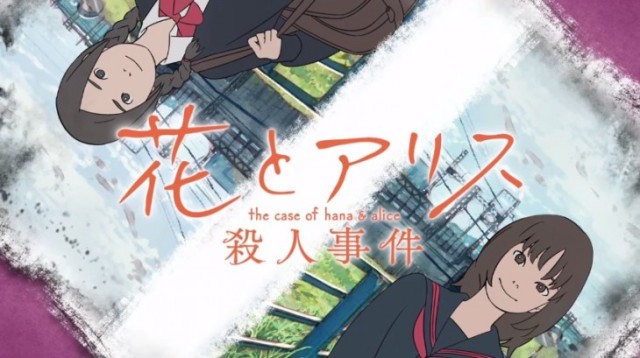