I started this week with the rather disappointing horror movie It Follows (2014). It was disappointing because it was overhyped and it didn’t live up to expectations despite some chilling moments (watch adaptations of M.R. James ghost stories for scary supernatural chase narratives). I watched a few Japanese films this week – the awful White Panic (2005) and Gusha no Bindu Me (Hellevator: The Bottled Fools) (2004), and I watched the awesome As the Gods Will (2014) directed by Takashi Miike and the super Spirited Away (2001). Like most of the internet I watched Kung Fury as well. 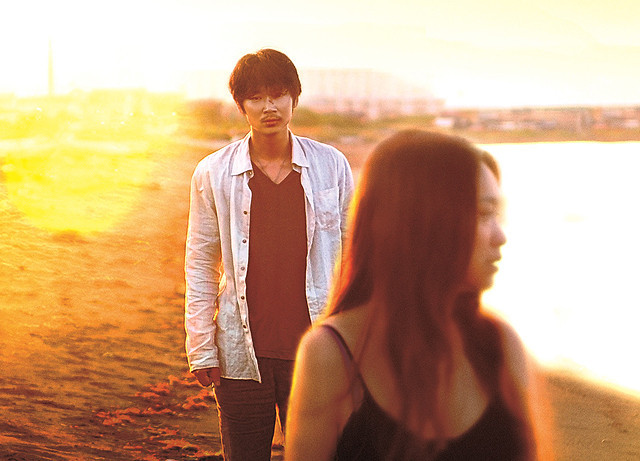 I reviewed The Light Shines Only There (2014) and that’s it.

What was released this week?

END_OF_DOCUMENT_TOKEN_TO_BE_REPLACED

The Light Shines Only There 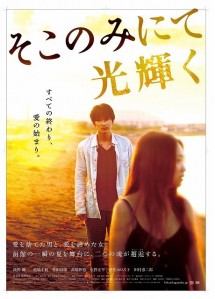 Fresh from Japan is a wave of young female directors creating deeply interesting dramatic tales of tragedy driven by dark emotional undercurrents that are found in everyday life. The Light Shines Only There (Soko Nomi Nite Hikari Kagayaku) is Mipo Oh’s most recent contribution to this movement. I saw it at the 2014 Raindance Film Festival where the quality of the film blew me away through how well composed and how immersive the atmosphere and darkness of the film is.

END_OF_DOCUMENT_TOKEN_TO_BE_REPLACED

Happy weekend, everyone! Here’s something to cheer you up:

The Cannes film festival is winding down now and I have begun collecting reviews of the Japanese films that screened for a post that acts as a follow up to the festival preview. The reviews for the Fukusaku, Koreeda, and Kurosawa films have been great. In between watching reading about Cannes I watched lots of television and films like Alan Partridge: Alpha Papa and Margin Call, the first four episodes of Cold War thriller The Game and the magical fantasy series Jonathan Strange and Mr Norrell. I watched plenty of anime like Kekkai Sensen and Ore Monogatari!! As well as starting City Hunter and Record of Lodoss War.

Only one post this week and that’s the films at Nippon Connection 2015. The reason it’s the only post this week is so the festival gets as much coverage as possible and it is one that is worth keeping up so randoms drawn to the site can see what is an interesting programme of films and events.

There are a lot of films at the festival I would like to see but I don’t have the money. I checked hotel prices and made a sad face 😦

I’ll be watching plenty of films at home instead. For Japanese people and people in Japan who want to go to a cinema, the films released this weekend are:

END_OF_DOCUMENT_TOKEN_TO_BE_REPLACED

Nippon Connection launches next month and the programme has been released. It looks incredible.

This is the 15th Nippon Connection festival and it takes place from June 02nd to 07th, 2015 in Frankfurt, Germany. This is the first year that I will write about this festival.

It is a chance to get a deep and varied insight into Japanese cinema with everything from classics to contemporary titles, anime and live-action, a healthy dose of the latest films not yet released in Japan and many from the ‘80s. There are more than 100 short and feature films, and a retrospective of the works of director Shinji Somai. There are also stars in attendance with the super actors Tadanobu Asano and Sakura Ando and the director Ryuichi Hiroki at the festival. Tadanobu Asano will receive the first Nippon Honor Award and he will perform a live soundtrack concert together with the band Stereo Total.

If you check the festival site you will see many great films on offer at the festival but placing so many trailers into one post would be a bit much so I will highlight what I think are the best out of each category, the notable titles and the ones that will be rarer for Europeans/Westerners to catch outside of the festival. Of course you can ignore all this advice and just click on the links to be taken to the film’s page on the festival website where more coherent text, a trailer, and images are located. Without further ado here’s the highlights and all of the rest of the films that will screen at this year’s Nippon Connection:

END_OF_DOCUMENT_TOKEN_TO_BE_REPLACED

Cannes kicked off this week and the reviews are coming in thick and fast for all of the Japanese films that are at the festival. I’ll be sure to post highlights and links of/to them for you next week. I managed to watch three films this week and they were all horror titles: Silent Hill Revelations (2012), Ju-On: Beginning of the End (2014), and Puzzle (2014). Only one post this week: Watash no Otoko (2014). 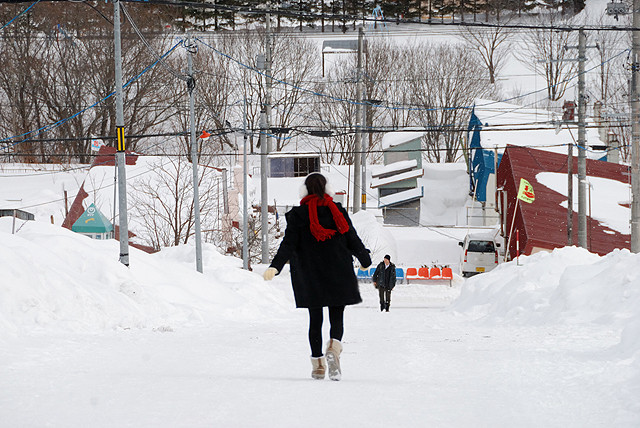 What are the movies released this weekend?

END_OF_DOCUMENT_TOKEN_TO_BE_REPLACED

It seems that reviews of films containing Fumi Nikaido grow to mammoth proportions and this is another long one for a film released in June of last year. I’ve done my best to avoid spoilers and barely mention what happens in the second half of the film. Read on if you care or dare because this film is about some taboo subject-matter. 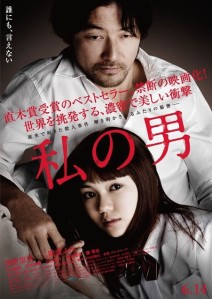 “Parents. They f*ck you up.” – Philip Larkin

That quote seems apt for Watashi no Otoko, a beautiful but dark film that is sure to challenge all viewers. It starts off with a disaster, one that strips a girl of her family, and gets darker as she gets a new family. If I make a reference to the novel/film Lolita you will know the territory. A spirit of corruption hovers over the characters in the film, one that takes the bonds of family and poisons them with the perversion of incest and director Kazuyoshi Kumakiri makes no bones about being somewhat explicit while exploring the effects of an incestuous love affair on the characters.

END_OF_DOCUMENT_TOKEN_TO_BE_REPLACED 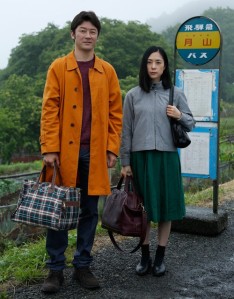 The 2015 Cannes Film Festival is going to commence next week and I posted about the Japanese contingent that would be in France. I’m looking forward to seeing the coverage they will get and seeing if they live up to expectations. I’ll post about them when the festival ends. I also posted a review of the Atsuko Maeda x Kiyoshi Kurosawa film Seventh Code (2013). I hope to get a couple of more reviews completed before the end of the month and I’m thinking of taking time off work to do that.

END_OF_DOCUMENT_TOKEN_TO_BE_REPLACED 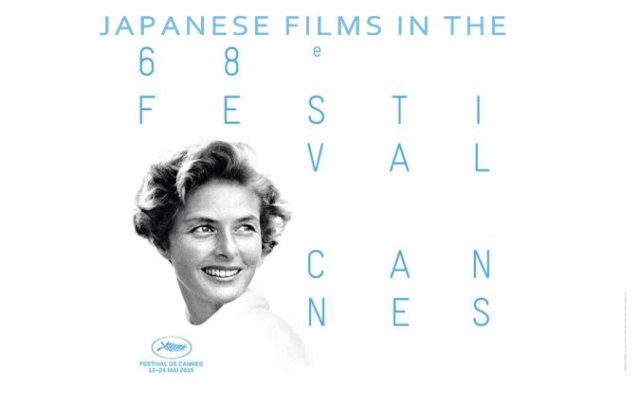 Cannes is THE film festival that everyone (even people with no interest in films) knows because of all the gossip about movie stars and the fashion stuff that newspapers report on instead of serious film business like who licenses what for distribution. For people more interested in films, we get to speculate about which directors and what films will be programmed by the selection committee. Well speculate no more! The announcements have been made… and I only care about the Japanese films that have been selected. Let’s go!

END_OF_DOCUMENT_TOKEN_TO_BE_REPLACED 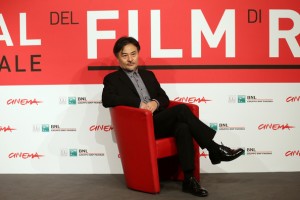 2013 was the year for Kiyoshi Kurosawa’s return to mainstream big-budget filmmaking. He released two films, both star-packed with idols. The first was the big-budget sci-fi film Real, a title that was subject to critically and commercially middling responses. I found it a dull trudge through a slight story with one-note characters played by Takeru Sato and Haruka Ayase. The better received of the two movies, and definitely the most interesting viewing experience, was his latest film Seventh Code which won two awards at the Rome Film Festival for Best director and technical contribution for Koichi Takahashi, the editor. Kurosawa was reportedly very surprised to get them. After watching Seventh Code I can see why.

END_OF_DOCUMENT_TOKEN_TO_BE_REPLACED 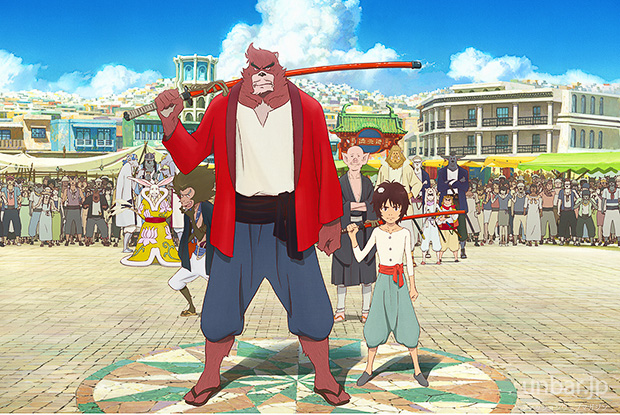 It is the month of May and the film festivals start crowding the calendar so expect posts on a few of them. I’ve still got plenty of reviews ready to post and I may try and get back into writing about anime but maybe not first impressions or series reviews (I’m more into writing about films at the minute). The reason for my resurgent interest in writing is because of a few stellar shows like Ore Monogatari!!, Yahari Ore no Seishun…, JoJo’s Bizarre Adventure, and Kekkai Sensen which I have been ranting about. Anyway, back to films, I posted a review of the Korean film Broken (2014) and about the trailer for The Boy and the Beast.

Well here’s the latest set of trailers for films released in Japan this weekend: