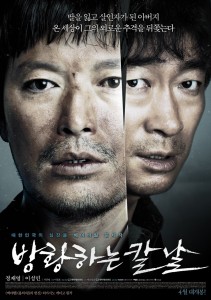 The film starts with the sort of beautiful imagery that is all sorts of intriguing. A frost-covered man in a fur-lined coat kneels in a snowy forest, a bloodied mobile phone providing the only splash of colour in the white wilderness while there is complete silence on the soundtrack. The few shaky close-ups reveal he has the look of someone with shellshock. His eyes stare unevenly into the distance as he shivers, his mental equilibrium clearly wrecked by some trauma. Fade to black, the title, Broken.

We get taken back in time to the beginning of the story. The man we first met is a single-father named Sang-Hyun (Jeong Jae-young) with a teenage daughter named Soo-Jin. He works late at his job in a textile factory but dotes on her, making sure to stay in contact even if it is mostly by phone. We see one of those nights when he works overtime and is unable to meet her after she finishes school. She walks home alone on a rain-swept street, a car, a black Prince sedan, menacingly pulling up behind her.

When Sang-Hyun gets home there’s no one there. It’s every parent’s worst nightmare but all he can do is wait for some sign from her. He gets a call from his daughter’s mobile but it’s not her making the call it’s the police. They found Soo-Jin in an abandoned building frequented by hoodlums. She has been raped and murdered. The police need him to identify the body.

The police are quick to move and gather evidence but the world weary attitude of many of the detectives threatens to slow the case. They aren’t going to fumble the investigation but their slowness may allow the criminals to escape.

Sang-Hyun, with nothing but the agony of waiting for the police to do their work replays his most recent memories of his daughter before he gets a message from someone with a connection to the case who wants to manipulate events. The message tips Sang-Hyun off as to who the criminals in his daughter’s disappearance and death might be and so he sets off on a path of revenge… 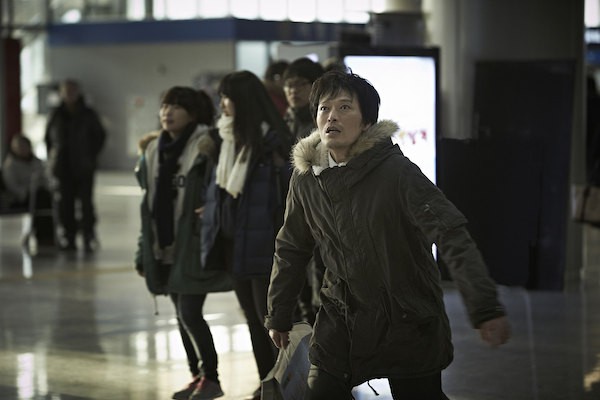 From here on out the story takes a more conventional line as it plies familiar revenge-thriller territory in a linear fashion both chronologically and in terms of plot. What we get can be found in numerous other Korean films from the rape-revenge and relentless chase narrative to the archetypal jaded and rookie detectives but Broken is different perhaps because of its origins. The film is based on the 2003 novel called Samayou Yaiba by the excellent writer Keigo Higashino. I must admit I have not read it but it must be good because this is the second adaptation. The first time it was adapted was for the Japanese film named Hovering Blade. Perhaps its literary source is what makes Broken different and unique from the myriad of other titles where macho men march around massacring bad guys and seeking revenge like The Berlin File (2013) and The Man From Nowhere (2010) which often fly off into the heights of melodrama. Broken has a deep level of substance and characterisation and fascinating moral dilemmas which feel like something from a novel.

Despite the revenge-thriller aspects, the tone of the film is pitched somewhere between I Saw the Devil (2010) and Poetry (2010) because of its subject matter and because it features scenes of action and physical violence but in a real world context so that the more horrific aspects are counter-weighted by a probing moral examination of the scenario and society, all delivered through beautifully shot scenes ad strong lead performance. Don’t expect audacious action.

Just like in the film Blue Ruin (2013) what we are witnessing is an ordinary man (although far more handsome and capable to help with the action elements and hooking an audience) setting out to accomplish revenge and barely making it. We are under no illusions that Sang-Hyun’s search for vengeance is a dark and destructive one that he takes no pleasure in. The film’s locations and sets are downbeat and dour, detailing the bleakness of the 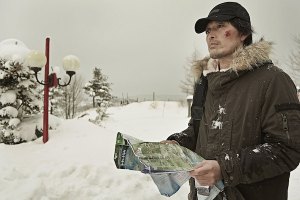 enterprise. Sang-Hyun is clearly a broken man pursuing revenge because  he harbours anger and shame over his failure to care for Soo-Jin but he has no real idea on how he will get that revenge. It is most evident in the clumsy way that he gathers clues about the criminals, mostly by coincidence, and heads out into the icy wilderness with the wrong clothes, a suit and a pair of shoes he wears to the factory. As the film progresses he is increasingly battered, bruised, and bloodied as he bludgeons and beats his way to the criminals, Sang-Hyun is always on the edge of failure as he scrambles around. He’s in way over his head. Seeing a desperate man flailing for vengeance takes some of the sensationalism away from some pretty hair-raising scenes (like a leap from a window and a chase in a ski-resort) so the film doesn’t launch itself into the melodramatic stratosphere.

The film doesn’t dress up what he does. He is clumsily killing cruel and callous criminals who are mere teens or parasitic adults. It is evident we are meant to sympathise with him but his actions are still troubling not least because we see the effects of violence on victims and how it breaks people.

This places a lot of the focus on lead-actor Jung Jae-Young who I am familiar with him from lighter fare like The Quiet Family (1998), Guns and Talks (2001), and Our Sunhi (2013). Here he provides a riveting performance mostly through the way his face shows the blasted emotions that churn him up inside as he pushes on relentlessly through guilt and physical hardship to get some justice. Whether it is seeing him wide-eyed with terror or blankness as he struggles with dangerous situations or the more showy reams of saliva dripping from a mouth hanging agape at the violence he has been pushed to commit, you will sympathise. Although he gets thrilling action scenes he is more effective in the quieter emotional moments like when he discovers his daughter’s body and all he can do is smooth her hand. The look of desolation he has on his face as he struggles to cope with her death is affecting. The best scene he is involved in is not the loud action ones or dramatic confrontations but a hallucinatory vision he has in that forest where we first met him. His visions of his daughter has him confessing his guilt and anger and fear. It is a humanising and beautiful scene. 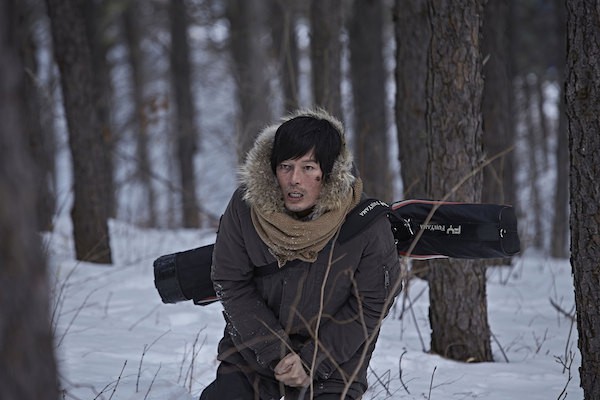 It isn’t just the main character who is broken. There are wider themes about changes in society, the hardening and callousness of the younger generation constantly brought up with constant news reports and police discussions about youth crime. The legal system in Korea is put in trial by the film in scenes where detectives and forensic experts constantly converse over how much time the suspects will get. It becomes increasingly clear that the criminals, teenage boys, may only get a few years because they are minors, which sits uneasily with everybody involved in the case. The film paints a pessimistic picture of Korean society as cops try to avoid a media disaster and public backlash, parents refuse to condemn sons who committed crimes, and there is a general fear of young people who are shown to be desensitised to the pain and suffering they cause others. With no quick remedy to solve these social problems, well, society as a whole seems broken. As awful as this sounds the film is strikingly beautiful. Most Korean film are good-looking but this film has some of the most visually memorable scenes I have seen in a while, the aforementioned opening and hallucination that is worth watching the entire film for. 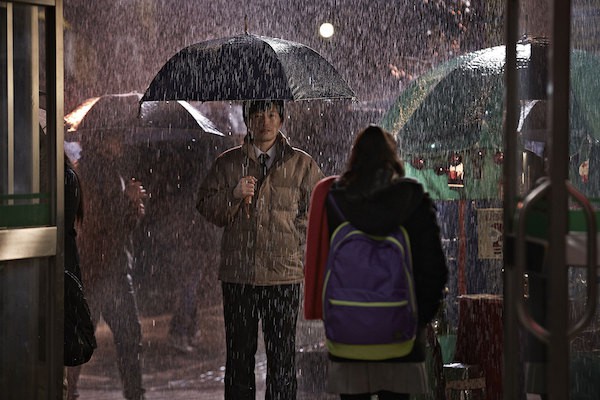 For a film to stand-out in a well-worn genre like revenge it must conjure up feeling like this in the audience which is what makes Broken worth watching.