Good day to you, dear readers! 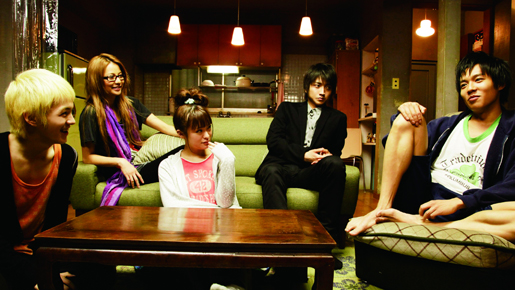 “I must say, Doctor Hill, I am very disappointed with you. You steal the secret of life and death and here you are trysting with a bubble-headed co-ed. You’re not even a second-rate scientist.” Herbert West.

I hope you are all spry and happy. I have spent the week working, going out and watching a lot of films, adding five more to a list of films watched this year (fifty-four in total so far). The films I have watched have mostly been Western ones and there are few I would have wished to have seen in a cinema. In terms of anime I have started watching Shiro Bako and finished Parasyte: The Maxim which was excellent – Migi was awesome! and the ending for Tokyo Ghoul Root A was an incredible moment of art. I’m also going to be sad when Death Parade finishes. I was in a bit of a slump recently in terms of writing which meant my anime previews and news stories suffered but I think I’m out of it thanks in part to just taking the time to relax and watch films and anime. Anyway…

I have been feeling a bit cynical about Japanese films and anime of late (that’s what happens when your hobby of writing about films takes over your life) but I’m starting to come out of it and this project is helping because it looks like fun. There’s nobody too famous attached but lead actor Tateto Serizawa is a familiar face with bit parts in The Great Passage (2013) and Isn’t Anyone Alive? (2011). Simple CGI, crazy acting makeup and costumes.

A grim reaper wants to become a human to eat a hamburger. To do this the reaper needs to shed tears within a certain amount of time determined by the possessed human body and so the grim reaper transforms into a man and meets a woman who causes all sorts of disasters.

Director Kei Horie has been mentioned on this blog numerous times with his appearance in The Suicide Manual (2003) – a film people frequently look up (at least I hope it’s the film and not the actual book) and his two horror movies, Shibuya Kaidan 1 and Shibuya Kaidan 2. Since his low-budget beginnings he has moved into dramas like this… The film stars Nijiro Murakami who was last seen in the film, Still the Water (2014) and Akari Hayami from My Pretend Girlfriend (2014). Music by Creephyp, the guys behind the soundtrack for How Selfish I Am! (2013)

Takashi doesn’t believe her at first but then he realises he has forgotten about Azusa. To combat this problem he begins making notes for the two.

Real life actor and joshi wrestler Yuka Yasukawa gets a film that gives an insight into her background and what made her take up wrestling and acting. We get a look at her experiences in the ring and experiences from her past including being bullied, rape and an attempted suicide.

This one looks miserable. A housewife in a mediocre marriage with a daughter to look after acts out. At first it is shoplifting but things get worse when her husband reveals that he has been out of a job for a while and they have nearly used up their savings. Noriko starts dating a delivery guy but her daughter is in the way…

And this one looks happy. Aika Hirota, member of idol group Shiritsu Ebisu Chugaku (they are the random music video at the bottom) and she is new to the acting game but stars alongside Kanji Tsuda who is usually a supporting actor and he has been in numerous films like Fuan no Tane (2013), Tokyo Sonata (2008). There’s also Keiko Horiuchi, one of the actors in The Uchoten Hotel (2006) which I will be watching soon!

Hiyoko Hoshino (Hirota) dreams of becoming a princess of the cookie world and that dream may come true when she finds herself sucked into a donut hole and arrives in an animated world. There she meets a girl named Tamako-chan and a creature named Kokkubo. Hiyoko Hoshino visits the animation world every day, but while she does this Tamako-chan dwells in Hiyoko Hoshino’s body. Then, Tamako-chan enters this world and they begin to live in turns.

This is an action comedy and it looks like a lot of fun compared to the usual trailers I view. It’s about the daughter of a millionaire who is sick of her parents and her marriage and takes off when she and her other half are in Japan on holiday. Her father hires goons to get her back. Violence, goofy tough guys and sexy girls and a sense of seriousness that is waiting to be exploded. Awesome. Not sure about the bit with the little girl. Maybe if they aged her up a bit…

The Joy of Man’s Desiring, which was at last year’s Berlin International Film Festival, “Hitono Nozomino Yorokobiyo” (“Joy of Man’s Desiring”) was awarded a Special Mention — i.e., second prize — by the children’s jury in the Generation Kplus competition at the 64th Berlin International Film Festival. has been on many top ten lists coming from various critics and it looks strong (even if it got three stars in the Japan Times).

The story revolves around two siblings, a young boy named Sotha and his older sister Haruna, who lost their parents after a major earthquake. Despite finding a safe home with their aunt and uncle the two children find it hard to fit in with their new lives not least because Sotha doesn’t know that their parents are dead and Haruna wants to tell him.

Passage of Jomon and Pakur

Long ago…People from the south crossed the seas to colonize Japan. This is a story of men who emulate their ancestors. Harvesting materials from nature and making their own tools. Explorer Yoshiharu Sekino stuck to that precept during this adventure.They collected iron sands to form a blade to build a boat.They sailed 4,700 km using both wind and muscle power.

I love the poster even if it isn’t all that unique or clover – dingy looking backstreet with bright colours and neon signs, ramen stalls and a sexy lady and cool looking guy, both of whom probably kick ass. I’d watch it. I got some of the info on the film’s Garo Wiki page to help with the writing of this entry.

Garo is huge but I had no idea it existed until I first wrote about it back in February 2013. Garo: Gold Storm – Sho is the follow-up to the latest TV series Garo: Yami o Terasu Mono. This is one of a number of projects airing in 2015 to commemorate the franchise’s 10th anniversary. Wataru Kuriyama and Miki Nanri from previous series reprise their roles.

Garo is an action franchise with a dark story that revolves around “Makai Knights,” humans who fight against demonic beings called Horrors and the humans they corrupt. The plot of Gold Storm will involve Ryuga (the current wearer of GARO) and Makai Priest Rian attempting to cleanse the Golden Armor when they are confronted by living weapons- the Madou- who have another way to free the world from monsters. In the process Ryuga will unlock a new stage of power referred to as Garo Sho.

The story follows a picture book author named An (played by anime voice actress Kana Hanazawa), who falls into a slump after winning a rookie of the year award. She whiles away her days goofing around with her editor Tomoe until, one day, while she’s out looking for her cat Pero and she sees a mysterious message board: “In exchange for bringing back Pero, take the sun from the world. Sound good? An?” She then starts finding more mysterious message boards around her town, all in the writing style of her father (Shigemitsu Ogi), a novel author who disappeared when she was young. What could it all mean?

Coffee is the common theme linking these three short films such as a tale of a young woman and man in hospital who have a passion for coffee and possibly surgery and they like to lark around at night.