I hope you are well!

This week I have been in work every day but that has not stopped me from writing more things for the blog, which may or may not be a good thing because you might be sick of my ramblings. Said ramblings have included a round-up of the Japanese films at this year’s Berlin International Film Festival and I also answered a series of anime questions which give some background to my background in anime. I also did a quick review of the first episode of the anime Honey and Clover. I enjoyed writing these posts so much I wanted to write a review of Biomega and review Mamoru Oshii’s films!

Films? I watched plenty of them this week! I was in London watching 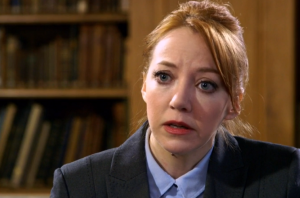 two dramas My Little Sweet Pea (2014) and Bolt from the Blue (2014) last Saturday as well as popping into the Japan Centre and buying a lot of chocolate and the Royal Academy to see the Rubens exhibition. I came home and watched the western Sweetwater (2013) and then Predator (1987) and the last two Berserk anime movies as well as many clips of the wonderful Philomena Cunk.