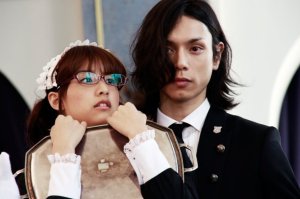 I hope you are well. Well the highlight of my week was meeting a friend at a Malaysian restaurant. No movies for me, just television from the US and Japan. I am continuing with The Walking Dead, Gugure! Kokkuri-san, Shingeki no Bahamut: Genesis, Parasyte, Psycho-Pass 2, and the doramas Limit and Sailor Suit and Zombie. I started the week with a review of Black Butler and then spent the rest of it writing trailer posts and revising Japanese which I now do for around two hours a day. Time to get serious.

I wish I could write reviews faster because there are dozens of titles I have watched and made notes on but have not finished writing never mind all of the anime I have finished from the last season. This weekend sees two awesome films get released in Japan that I saw months ago but I’m so tardy, I cannot put links in… yet! Expect reviews for The Light Shines Only There, The Guest and Fuku-chan of Fukufuku Flats over the next couple of weeks (I know I keep promising them but I have two free days coming up so it’s time to write). Hopefully I’ll have some more reviews like Patema Inverted and others completed by the end of the year. 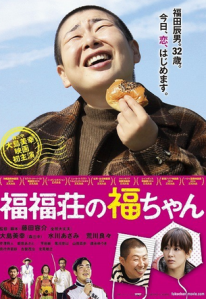 Fine, Totally Fine (2008) is one of my favourite films ever. It is so funny with characters I can relate to so when I was at the Raindance Film Festival and I went to see Fuku-chan of FukuFuku Flats, which is by the same director Yosuke Fujita, I was super excited. The film did not disappoint and is a real contender for my film of the year thanks in no small part to a fantastic performance from Miyuki Oshima and some classic songs. Even better is the fact that I got to talk to Yosuke Fujita and tell him how much I loved Fine, Totally Fine. I just wish I asked better questions! Anyway, this is packed with comic stars like YosiYosi Arakawa who was in Fine, Totally Fine as well as the very funny in the 2014 comedy Judge!.

Tatsuo is a nice guy and has the nickname ‘Fuku-Chan’. He lives and works in “FukuFuku Flats”, a run-down apartment complex where he paints kites as a hobby. Despite being such a nice fellow, he finds it hard to socialise with people and despite his friend Shimacchi trying to set him up with a girl, he refuses al attempts. This is down to the fact he suffered a prank in junior high school and the reappearance of a girl named Chiho signals that he may change… 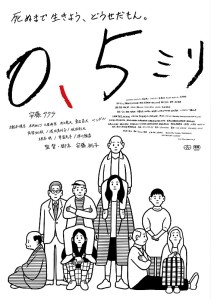 This looks so good. It had its world premiere at Japan Cuts in New York and is the latest work of director Momoko Ando, the sister of super brilliant actress Sakura Ando! Here’s the blurb I wrote plus the synopsis from Japan Cuts.

Sawa, a home helper for a middle class family with an elderly infirm grandfather, is forced to stretch her morals to keep her job. As a result, she finds herself broke and out on the street. She survives her first night by striking up an ambiguous friendship with a kindly old man, gaining access to a portion of the immense wealth held by Japan’s aging population. She continues with similar encounters, and while these begin as scams or revenge on rampant sexism, they ultimately become vulnerable intergenerational exchanges. 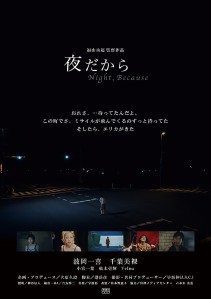 I had never heard of Scarlet Diva before this film and it seems like the band are providing music/actors. Visually interesting but it reminds me of The Light Shines Only There. The story of a gentle widowed factory worker named Taichi (Namioka) runs into  woman named Erika (Chiba_, who was the mistress of a man before she got into a fight with the wife. The two drown their sorrows in alcohol and become attracted to each other but there is a destructive edge.

Tokyo – The City of Glass 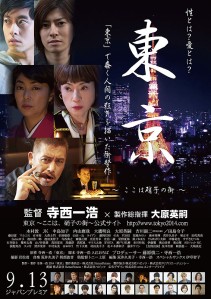 THIS TRAILER IS SO NSFW! Like, from the first second. You have been warned! It also has some really OTT acting. I’m guessing this is aimed at fujoshi. 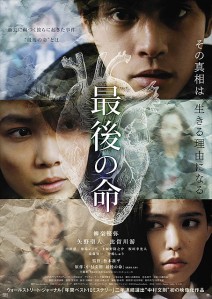 Keito Myose (Yagira) and Yuichi Saeki (Yano) suffer from the aftereffects of a traumatic crime they experienced as children. After years apart they are reunited on the night a female acquaintance of Keito is murdered in his room and the police think Yuichi is the man behind the crime.

A Courtesan with Flowered Skin 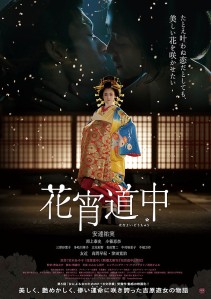 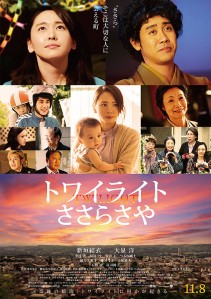 Saya (Aragaki) is a widow and a mother. Her husband Yutaro (Oizumi) came from a powerful family and was a loving husband and soon-to-be-father but then he was killed in a car accident. Seeking some stability for herself and her child, Saya heads to her aunt’s town, a place where a house left by her aunt waits for her. Yutaro comes back from the dead, possessing people in order to help Saya but will he be able to help her when his family try to take the baby away?

This one is from Warner Bros. 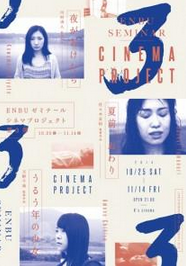 Enbu Seminar again! This is the third in as many weeks and is another film directed and written by a woman. Faulty translation: Emiri Kosaki plays an actress who returns to her hometown after failing to make it big and finds that those she left behind have moved on in life… 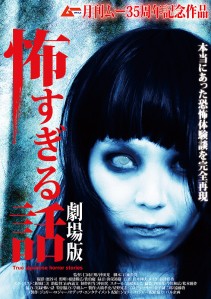 To commemorate the 35th anniversary of a horror magazine, an omnibus film has been created and it’s about a ghost lady named Kiyoko who haunts people who venture into a supermarket. 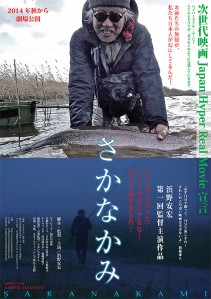 A film about a guy fishing. 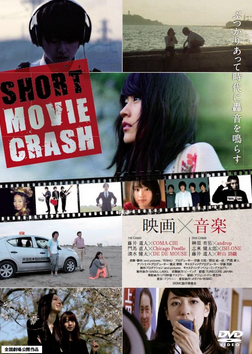 This is a collection of short films made in a collaboration between musicians and filmmakers. A similar collection was released last year and there was a lot of coverage including trailers but I couldn’t find any for this year’s bunch after a quick look.

And that’s about it for badly translated trailers. Here’s a video for you to enjoy. I listened to this constantly while writing the review that is going up on Monday. I listen to it when I practice my kanji as well.

7 thoughts on “Fuku-chan of Fukufuku Flats, 0.5mm, Night, Because, Tokyo – The City of Glass, A Courtesan with Flowered Skin, Twilight Sasara Saya, Uruu Nen no Shoujo, and Other Japanese Film Trailers”