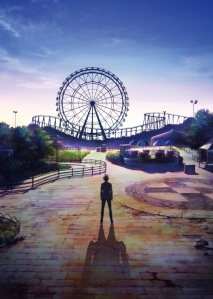 The Raindance Film Festival has launched and I’ll be heading there next week – commitments at work mean that I cannot take a holiday sooner (not that I’m complaining because I’m thankful that I have a job!) and I’ll miss out on some of the Japanese films that are screening between now and when I get to London. I’ll be able to see the titles I miss when I get my signed copy of the New Directors From Japan DVD! Enough bragging.

I didn’t watch any films this week – I’m still trying to review about a dozen or more… I have watched lots of anime. Zankyou no Terror, Space Dandy, Barakamon, Shirogane no Ishi Argovellon. Great stuff. The only thing I posted about this week is the anime I’ll be watching in the autumn season.