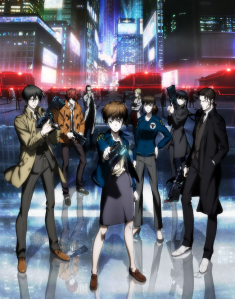 Greetings from the still United Kingdom! I hope everyone is having a good weekend!

With the onset of Autumn comes festival season. Plotting my trips to London for Raindance and the LFF involves visiting art galleries to see exhibitions. I’m hoping to catch The Wallace Collection. Autumn also means new anime and I announce my anime picks next week and you can read two previews here and here.

It’s a busy weekend with a few diamonds like Bon Lin! 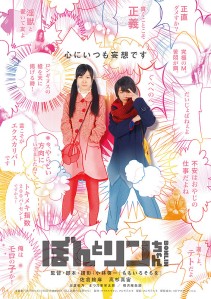 The writer/director of About a Pink Sky (2012) is back with another youth picture which will play at this year’s Tokyo International Film Festival. I should get around to watching About a Pink Sky!

Natsuko Yotsuya (Sakura) is a teenage girl who is also known as Bon and she has a friend named Miyu. Bon is from a small town but Miyu lives in Tokyo with her boyfriend. When Natsuko finds out that Miyu is being abused by her partner, she heads to the big city to bring her homes. Tagging along is her childhood friend Rintaro Tomoda (Takasugi) who is also known as Lin. They meet a series of Otaku who help guide them through the streets of Tokyo to find Miyu.

Four men and women in Nago, Okinawa Prefecture, fall in love. Mizuho (Haru) runs a restaurant established by her grandmother and a customer, Hayato (Koyanagi) visits just to see her. Shota (Sakurada), is Mizuho’s childhood friend and a girl from Tokyo named Riko (Taketomi) is in love with him. 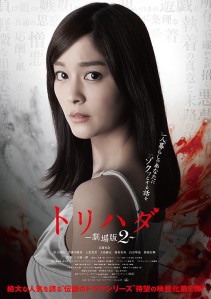 This is an omnibus film full of creepy tales that stars Anna Ishibashi (Pet Peeve), Aimi Satsukawa (The Story of Yonosuke), Mari Iriki (Cult – review coming soon) and Mio Yuki (As the Gods Will).

Shiori (Ishibashi) is working late at an office when she finds two mysterious letters addressed to a woman named Reiko Miura. In a fit of curiosity she opens them…

The first letter has the message, “I want to meet you. I love you.” The second letter states, “Today I will go and meet you. It has been a while.” Shiori looks up Reiko on the internet and discovers she was the victim of a stalker/murderer and she may be targeted next… 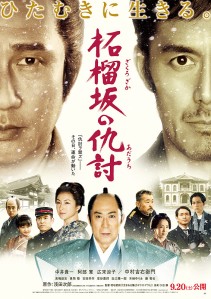 It is 1860 and the end of the Edo period. The Meiji government is trying to reform Japan and part of their efforts is curbing samurai culture. When Kingo Shimura (Nakai) is forced to avenge his lord after a brutal murder, he must break the law on revenge and search for a mysterious samurai named Jyubei Sahashi (Abe) and take him down! 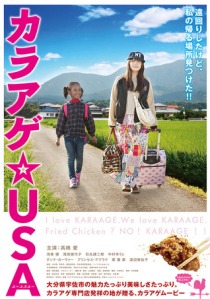 A Japanese girl is leading a black girl on a journey and fried chicken is involved. Japanese fried chicken is better than American fried chicken? Why is there a black person involved? Does this add fried chicken authenticity? The poster and tagline could be interpreted as pretty racist! Dave Chapelle has something to say about this stereotype:

A great excuse to show Dave Chapelle! Back to the film:

Ayane (Takahashi) works at a karaage store where food is fried in hot oil. She hates karaage and leaves home. When she comes back five years later she brings a girl named Shirley (Apuraku) who is the step-daughter of an ex-husband. Her family are furious but all that changes when Ayane takes part in a fried food festival called “Karaage Carnival” and proves to be a hit who can save her family’s store… 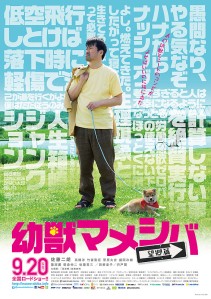 Jiro (Sato) leaves home to escape his mother’s control and, with his pet dog Mameshiba Ichiro, moves to a seaside village. 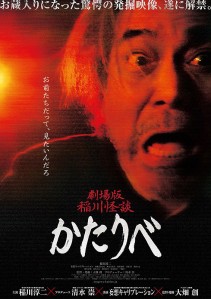 This looks a lot like POV: A Cursed Film (2012)… Takashi Shimizu is one of the proucers. 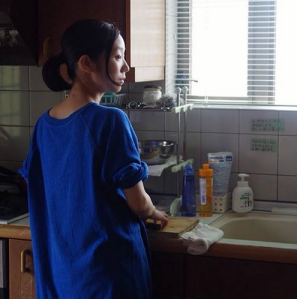 This is an ENBU cinema gig where new actors/staff work/train with directors already in the industry.

In this omnibus film, the inhabitants of a house in a small town are focussed on. These residents include a poet, a religious guru and a landlord who wants them all out of the house because it might fall apart. 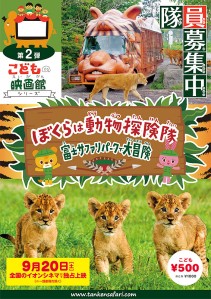 A parent and child cinema screening that takes the audience to Fuji Safari Park which allows people to view the animals that exist in the foothills of Mount Fuji. Like lions and tigers! Whoa. 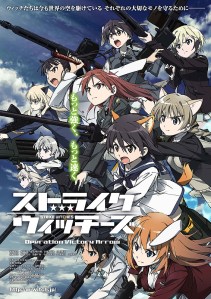 This is an OVA released this autumn and it depicts the lives of the Strike Witches as they returned home after te end of Operation Mars in the second series (according to Anime News Network). 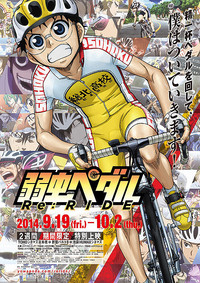 Yowamushi Pedal Re:RIDE is a compilation film which goes through the first half of the Inter High arc from the TV anime.